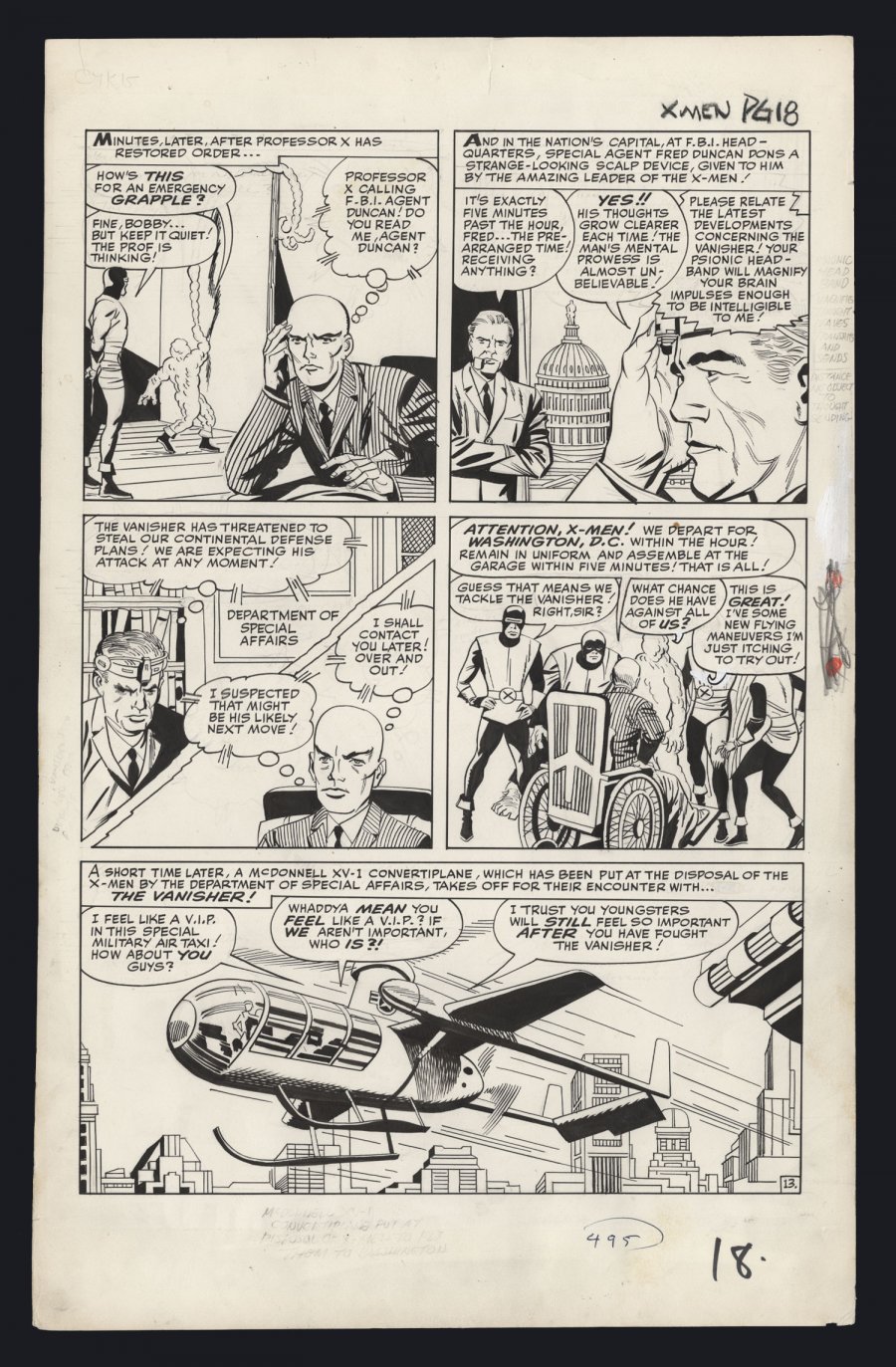 --
Accepting Offers
--
Offers
Offer Confirmation
You are about to submit an offer of . If accepted, you are legally obligated to purchase the book. Are you sure you want to continue?
Buy Confirmation
You are about to buy this item for , and will be legally obligated under the terms of our User Agreement to pay for it in a timely fashion. Continue?
PUBLISHER: Marvel
COMMENTS: Jack Kirby pencils, Paul Reinman inks; pg. 13; "No One Can Stop the Vanisher"; 1963; image size 13.5" x 20"
Read Description ▼
Sell One Of These Inquire About This

Watch
Jack Kirby pencils, Paul Reinman inks; pg. 13; "No One Can Stop the Vanisher"; 1963; image size 13.5" x 20"X-Men #2 features the tale "No One Can Stop the Vanisher" during which the nascent team of mutant heroes, and their teacher, basically, stop the Vanisher. Don't be distracted by this obviously misleading story title and instead, concentrate on the fact that this page is from the second-ever issue of the X-Men, the comic that went on to launch myriad heroes, and an incredibly successful film franchise to boot. Jack Kirby is once again the man behind the pencil, as he, along with writer Stan Lee, launch another of their lasting pop-cultural icons upon an unsuspecting world. This is a true treasure of comic book art, one which is sure to thrill both X-fans and Marvel collectors. Pen and ink. Art is in excellent condition.
Artist Information