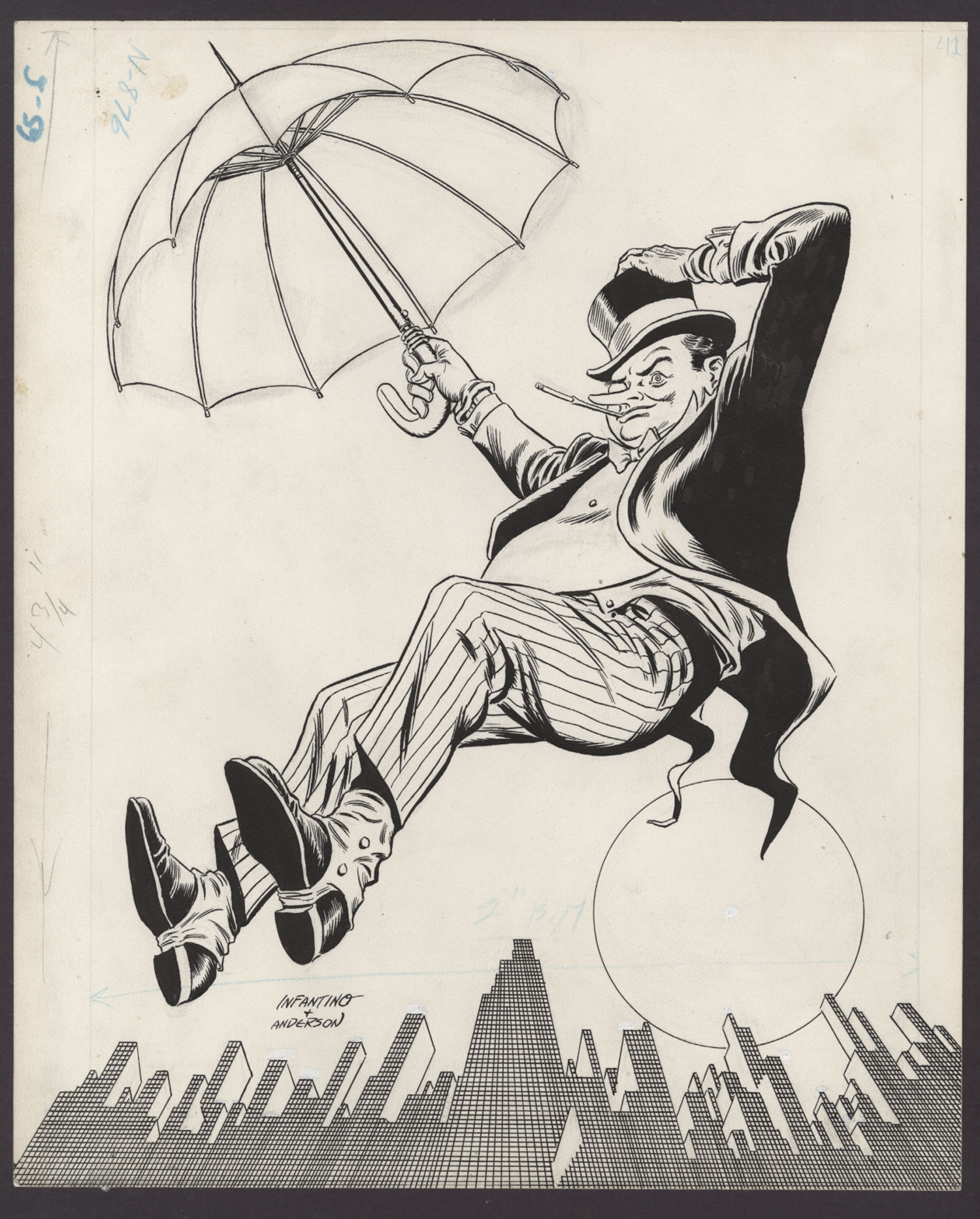 Watch
Carmine Infantino pencils, Murphy Anderson inks; 1966; 11.5" x 14.5"With trick umbrella in hand our feathered felon the Penguin is set to land in Gotham. This image was created as one of 6 posters DC used throughout 1966 and 1967 but was later used for a myriad number of licensed products like glasses and even the Mego action figure box art.
Artist Information