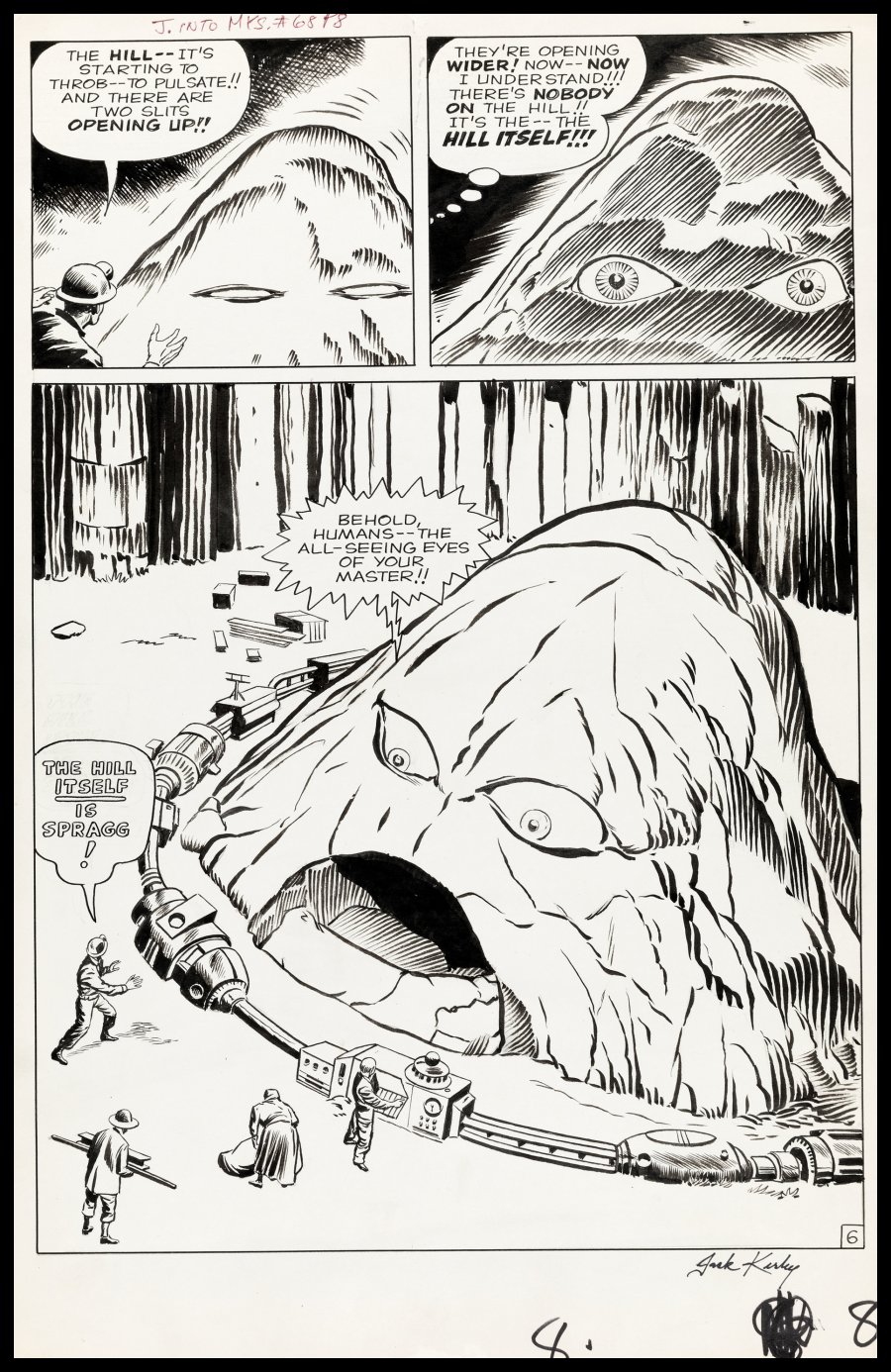 Watch
Jack Kirby pencils/Dick Ayers inks; page 6; 1961; image size 12.5" x 18.5"
Spragg!!!Twice-up. Pre-dates Fantastic Four #1 by six months. 'Spragg, Conqueror of the Human Race!'. Pen and ink. Art is in very good condition, there is a 2" tear between panels 1 and 2 that does not go into the images. Signed by Kirby.
Artists Information