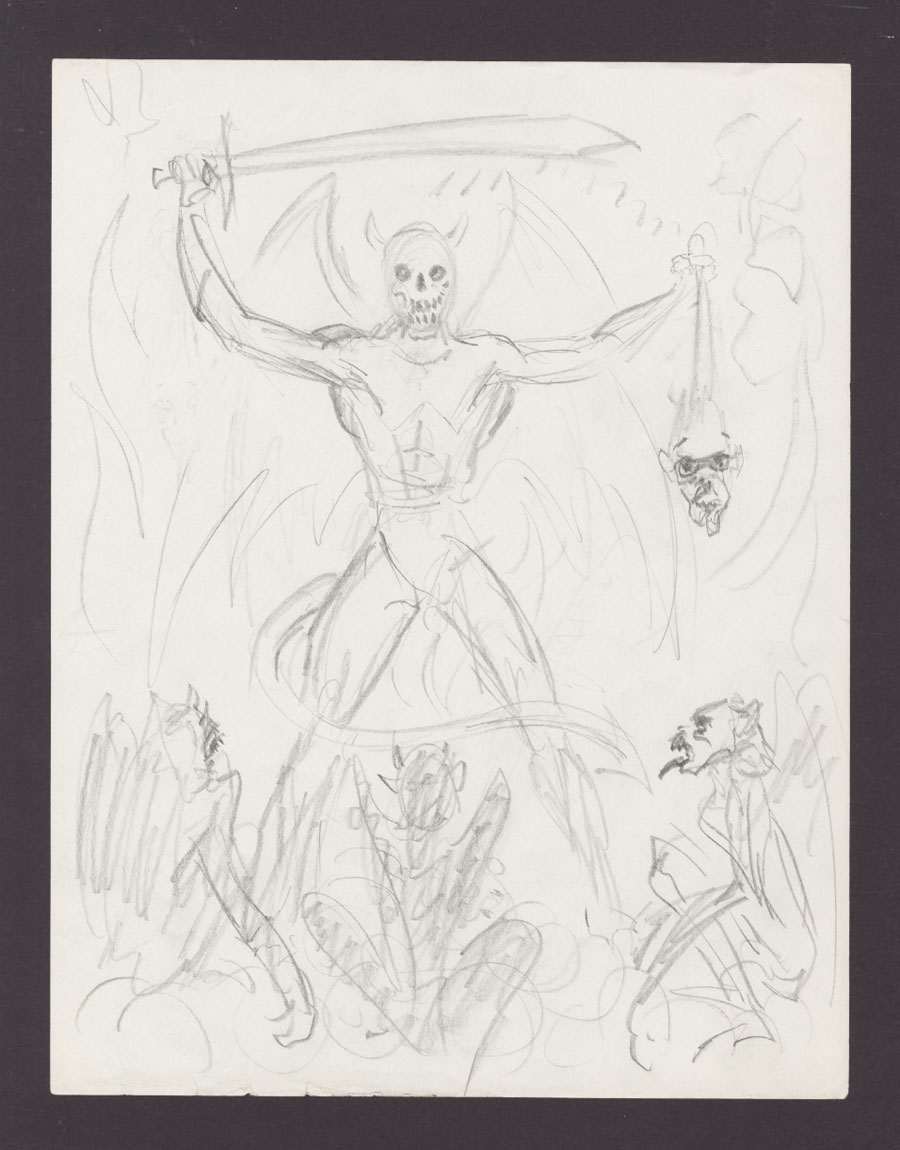 --
Accepting Offers
--
Offers
FYI there's no need to include decimal points(.).
Offer Confirmation
You are about to submit an offer of . If accepted, you are legally obligated to purchase the book. Are you sure you want to continue?
FYI there's no need to include decimal points(.).
Buy Confirmation
You are about to buy this item for , and will be legally obligated under the terms of our User Agreement to pay for it in a timely fashion. Continue?
COMMENTS: L.B. Cole pencil drawing on paper of winged demon/devil holding a severed head surrounded by flames. Measures 8 1/2" x 11"
Read Description ▼
Sell One Of These Inquire About This

Watch
L.B. Cole pencil drawing on paper of winged demon/devil holding a severed head surrounded by flames. Measures 8 1/2" x 11"You are viewing original art by comic book legend Leonard Brandt Cole. L.B. Cole, as he was better known, worked on many genres of comic books including romance, science fiction, romance, horror, adventure, mystery, sports, funny animals and humor. His career began in the early 1940s and he was a cover artist on titles like Suspense Comics, Terrific Comics, Mask Comics and Contact Comics. His dynamic perspectives, incredible detail, uniquely vibrant color usage and eye for the dramatic are evident throughout his career on a countless number of classic covers.