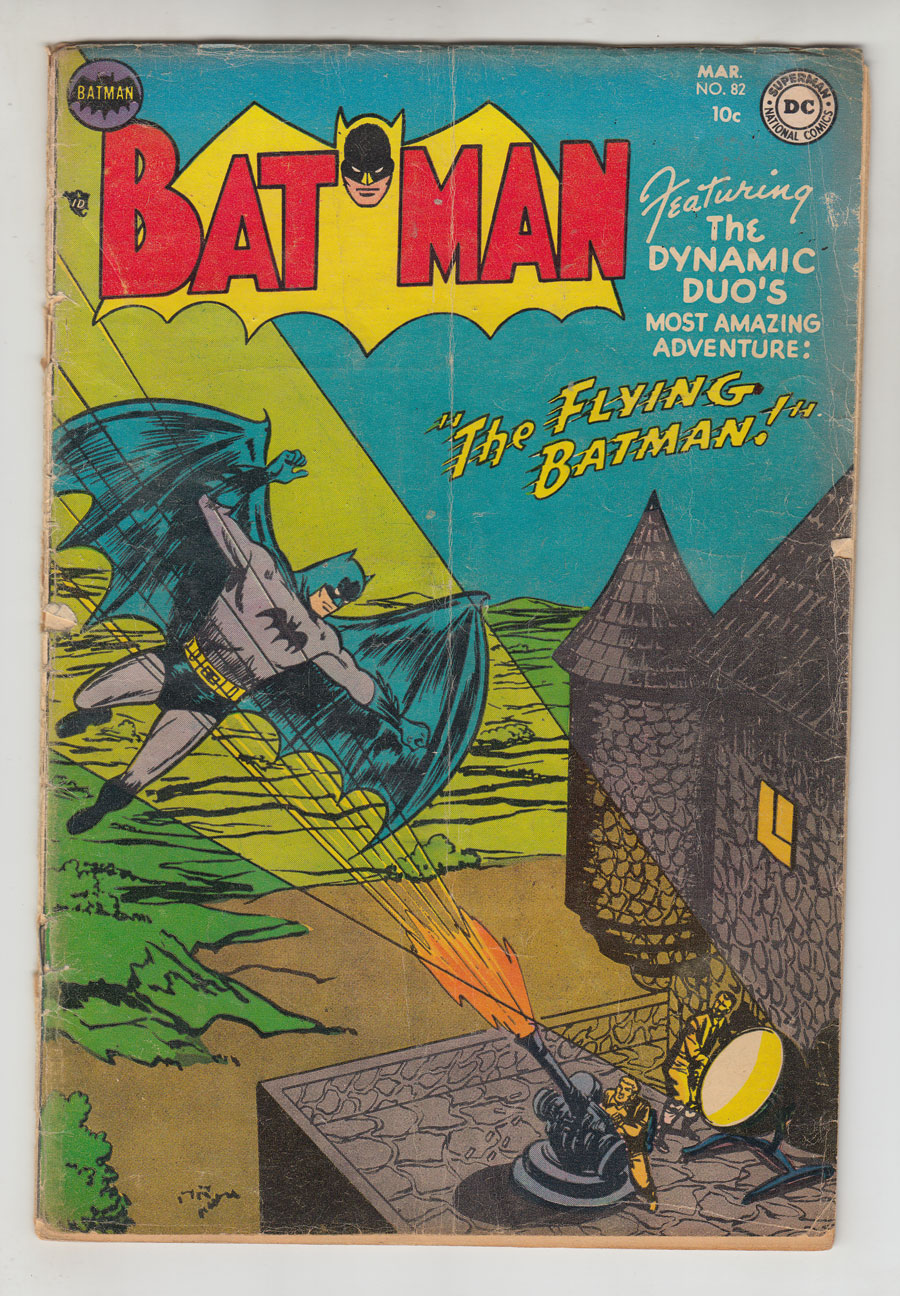 Watch
off-white pages
Sprang artCover by Win Mortimer. "The Flying Batman," script by David Vern, pencils by Bob Kane, inks by Stan Kaye; Batman and Robin are rendered unconscious by a sting from a strange winged man, only to awake in a weird city inhabited by winged men, who want to operate on Batman to give him wings in order to track down desperate felons. "The Man Who Could Change Fingerprints!", pencils by Dick Sprang, inks by Charles Paris; Lew Farnum has a plastic surgeon change his fingerprints, then commits crimes in order to convince other criminals that he can have the same done for them if they will steal for him. Start the Day Off Right public service announcement with Buzzy, script by Jack Schiff, art by Win Mortimer. Varsity Vic two-page story by Henry Boltinoff. "Cop-Artist" text story. "The Olympic Games of Crime!", script by Bill Finger, art by Dick Sprang; When crimedom decides to hold an "Olympics of Crime," Batman infiltrates as one of the contestants, and only his wits saves him from death at the hands of the other criminals.