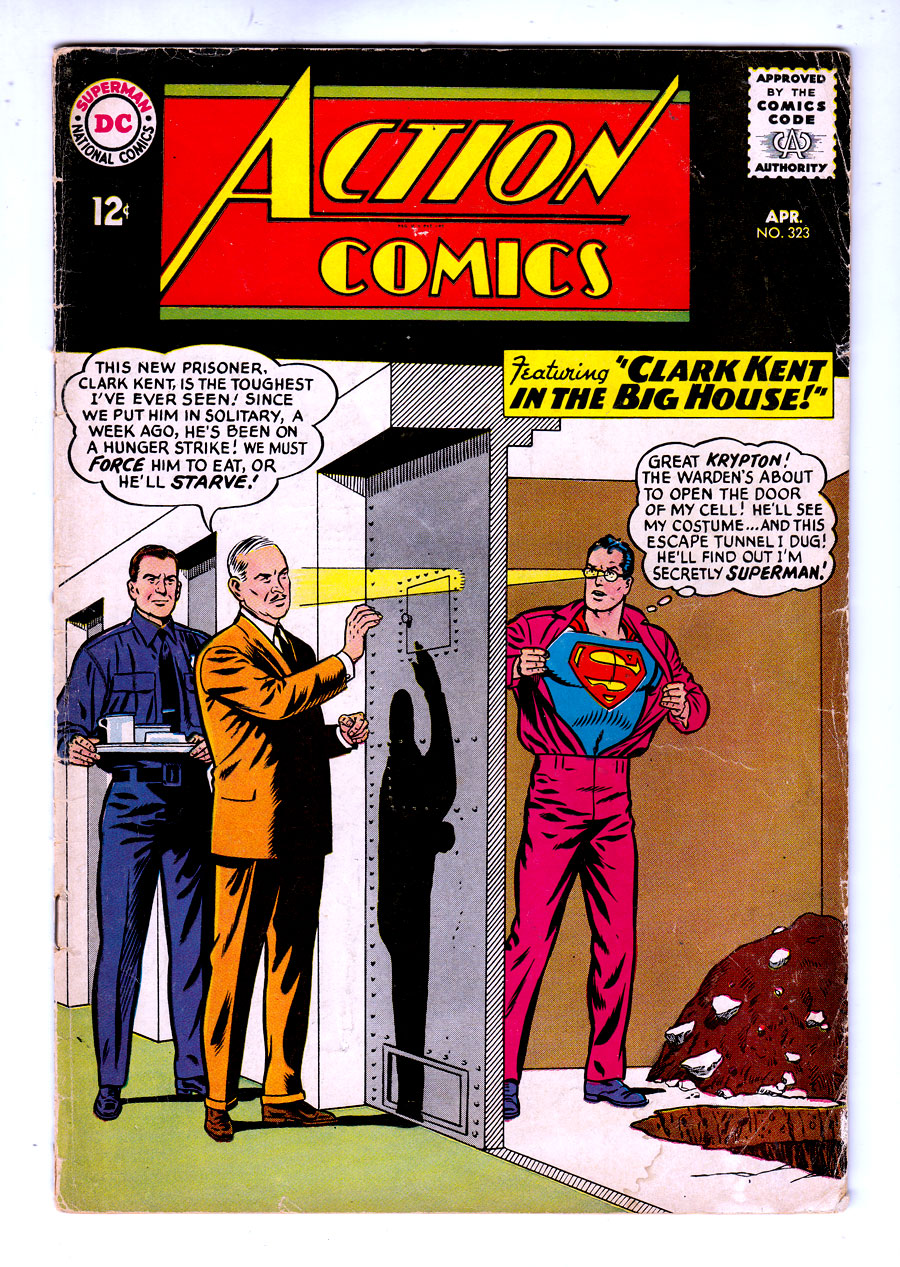 Watch
ow/white pgs, stains
SupergirlCover pencils by Curt Swan, inks by George Klein. "Clark Kent in the Big House!", script by Otto Binder, art by Al Plastino; Clark Kent agrees to go undercover in prison to discover the secret location of an inmate's stolen money. One-page Hamid the Hypnotist story by Henry Boltinoff. "The Kryptonian Killer!", script by Leo Dorfman, art by Jim Mooney; On the planet Feminax, the Sisterhood of Evil hypnotizes Supergirl and forces her to commit evil deeds, culminating in the poisoning of Superman, but fortunately Comet is able to intervene and reverse the effects with the help of Circe.
Artist Information