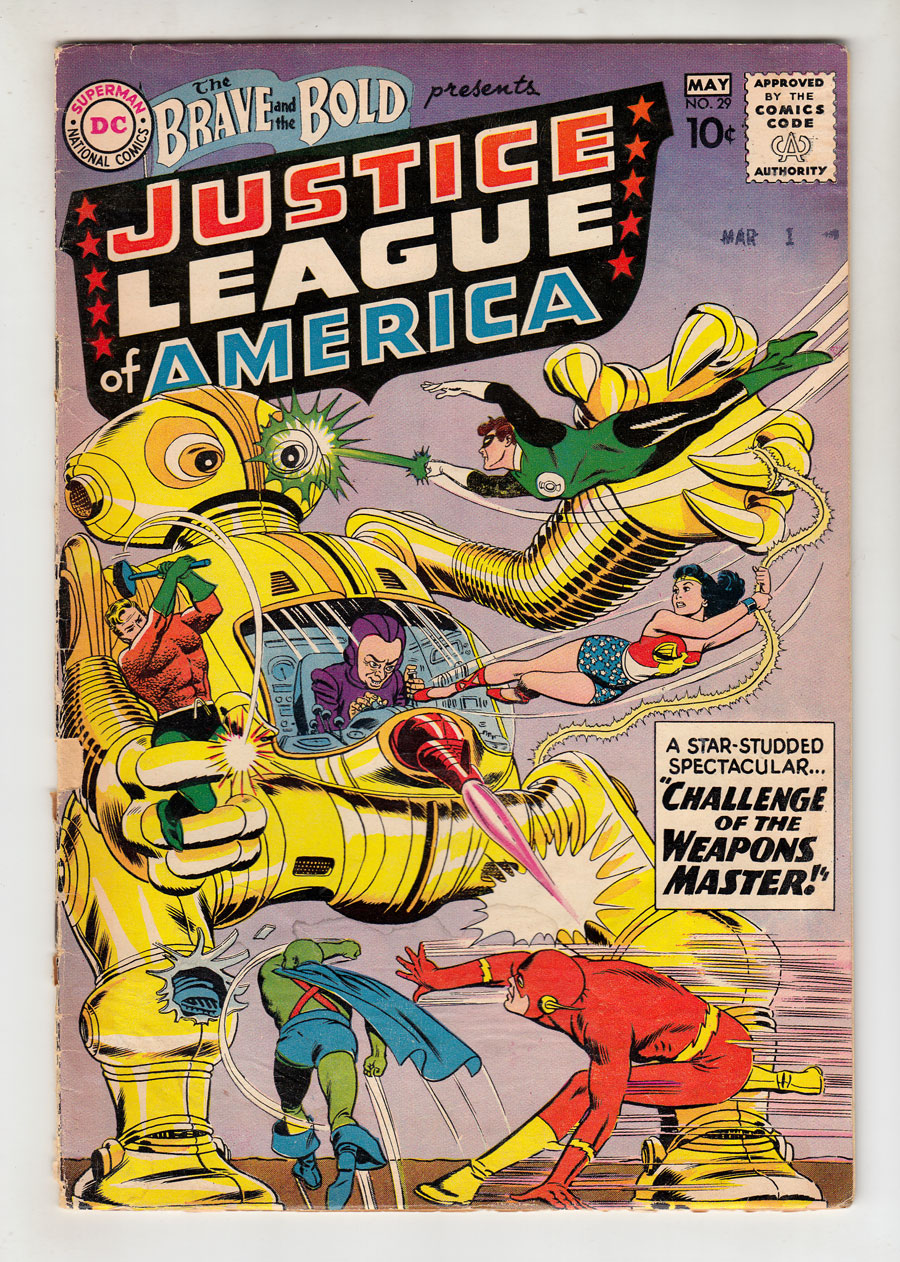 Watch
minor bug chews
Sekowsky/Anderson robot cvr; 2nd app. of the Justice LeagueXotar, the Weapons Master, is one of the first enemies ever encountered by the Justice League of America, traveling through time after discovering Wonder Woman’s diary, which tells of the JLA’s battle against Xotar, which has already occurred, the Weapons Master believes he holds the key to defeat the hero team. Unfortunately, thanks to an intervention from Superman, Xotar is defeated and returned to his life in the year 11,960. The brilliant cover illustration by Mike Sekowsky and Murphy Anderson announces that the JLA is a force to be reckoned with and is here to usher in the Silver Age of DC.
Artists Information