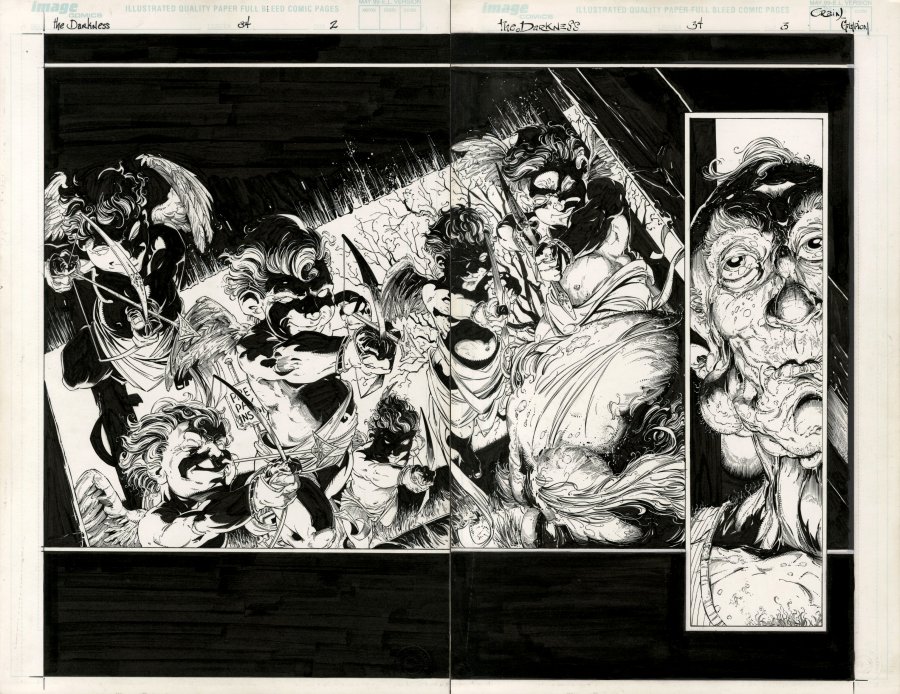 Jonathan Glapion began his comics career in 1998 at Image, where he contributed inks to such titles as Curse of the Spawn, Sam and Twitch and Universe. After spending several years at Marvel inking Elektra: The Hand, Gravity and Ultimate X-Men, he shifted his focus to their distinguished competition. Since 2007, he has worked on a wide variety of DC titles, including Teen Titans, Green Lantern, Legion of Super-Heroes, Final Crisis: Revelations and Batman and Robin. His most recent work includes The New 52 Batman, Birds of Prey, Batgirl, Robin Rises: Alpha and Omega, Batman and Superman, as well as, Green Arrow. He also has received awards such as, the Inkwell Awards 2010 The Props Award and 2013 The Most-Adaptable Inker Award, as well as, being nominated for the 2013 Harvey Awards for Best Inker. Currently, Jonathan is working on Wonder Woman with David Finch.