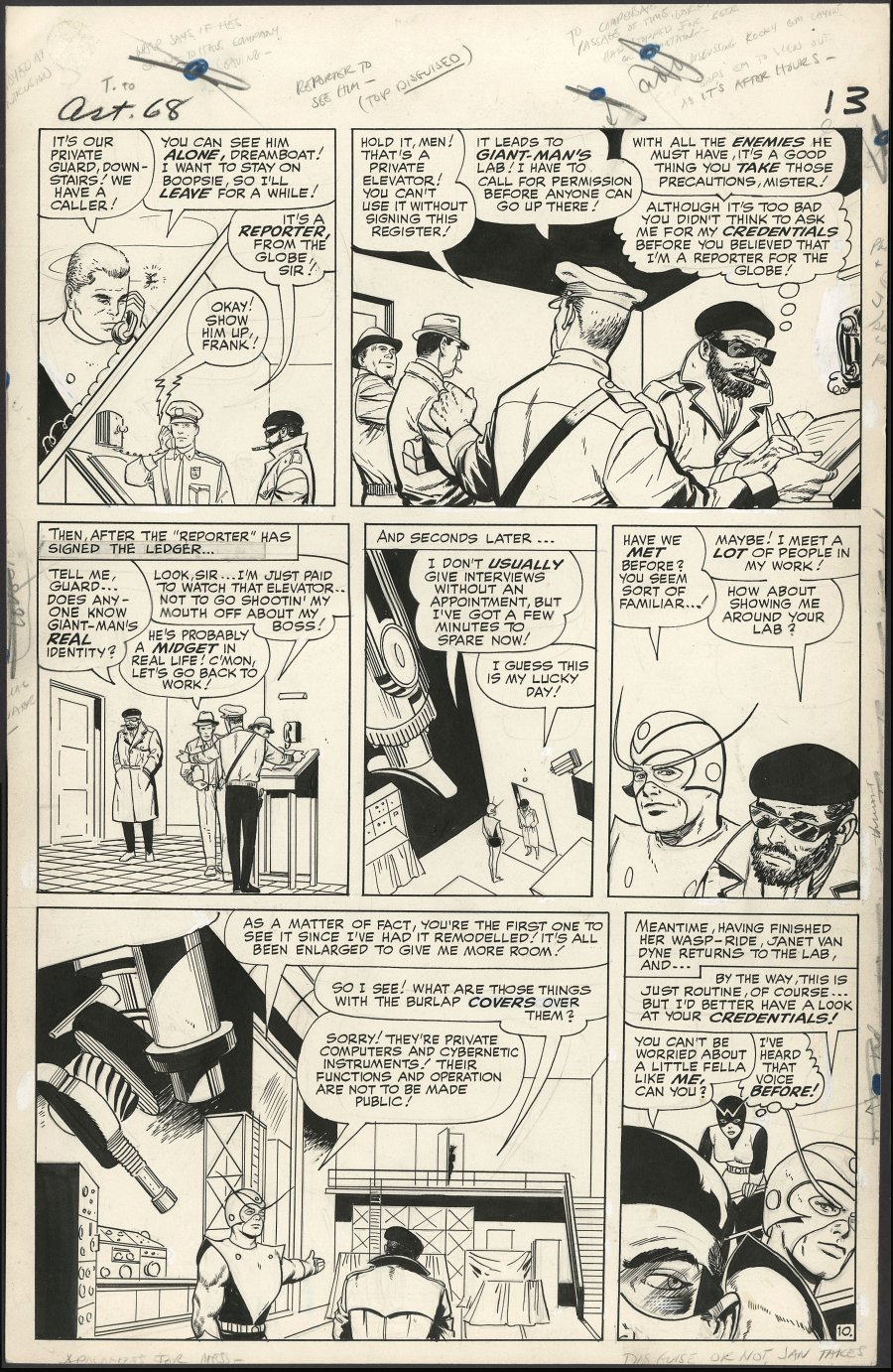 Golden Age GGA known for his work on Sheena, Queen of the Jungle and the popular Mars Attacks! trading cards.

Vince Colletta is an American comic book artist/ art director who's best known for inking Jack Kirby's work during the Silver Age of comic books. Colletta began his career working on a host of 1950's romance and western comics before making the move to Marvel where he would ink some their earliest stories, including The Fantastic Four, Journey Into Mystery/Thor and Daredevil. He would go on to DC where he inked Kirby again on a host of Kirby's Fourth World titles in addition to work on Batman, Superman, Green Lantern and an almost 70 issue run on Wonder Woman.