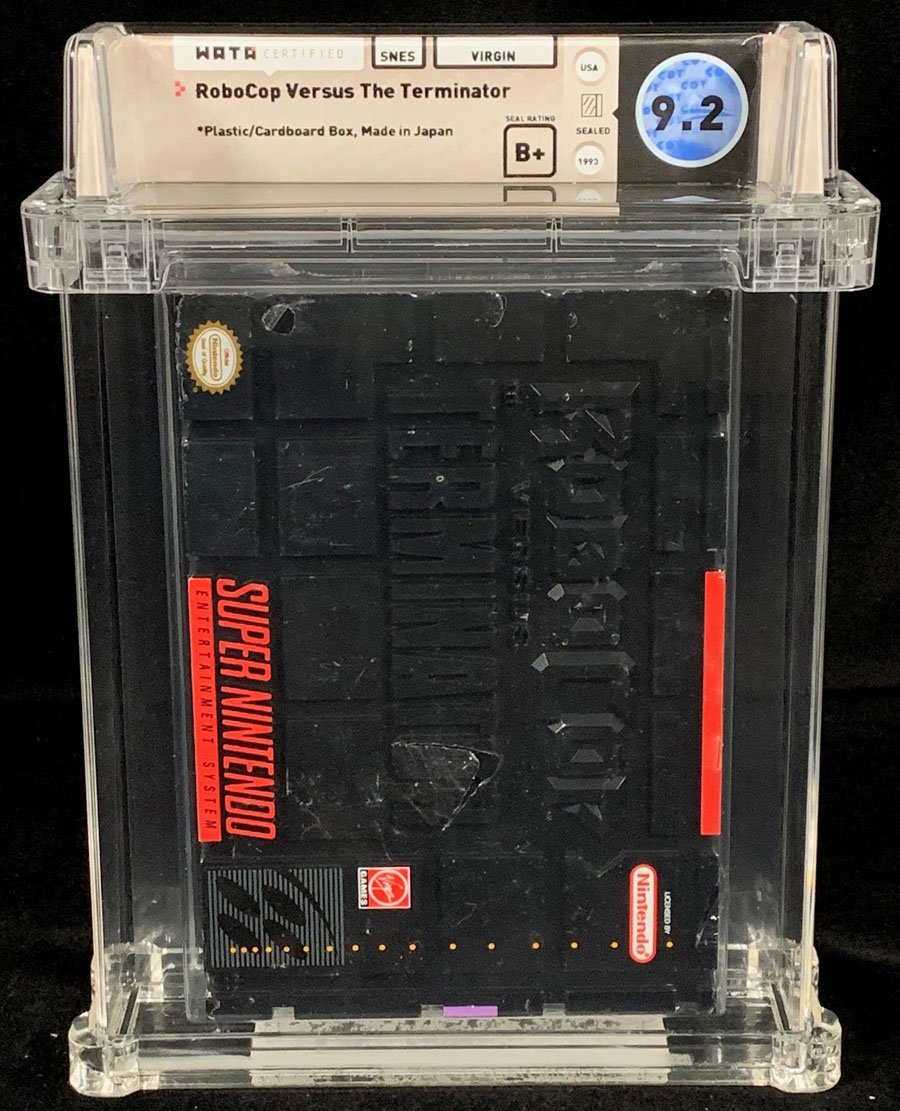 --
Accepting Offers
--
Offers
FYI there's no need to include decimal points(.).
Offer Confirmation
You are about to submit an offer of . If accepted, you are legally obligated to purchase the book. Are you sure you want to continue?
FYI there's no need to include decimal points(.).
Buy Confirmation
You are about to buy this item for , and will be legally obligated under the terms of our User Agreement to pay for it in a timely fashion. Continue?
PUBLISHER: Virgin
COMMENTS: B+ Seal Rating; Third-party H-Overlap Seam; Plastic/Cardboard Box; Made in Japan
Based on the 1992 four-issue comic book mini-series by Frank Miller
Read Description ▼
Sell One Of These Inquire About This

Watch
B+ Seal Rating; Third-party H-Overlap Seam; Plastic/Cardboard Box; Made in Japan
Based on the 1992 four-issue comic book mini-series by Frank MillerIn the crumbling ruins of a world under siege, man-machine meets machine-man as legendary cyborgs clash to decide the fate of the Earth. As Robocop-both the unwitting agent of humankind's destruction and its last possible champion-you must travel across time into a savage future ruled by the mechanical forces of Skynet. From war-torn modern Detroit, to the mean streets of Delta City, and on to the bone strewn bunkers of post-apocalypse L.A., you'll face attack from every angle, every moment. An unwavering army of Terminators, robotic dogs, spiders, Endoskeletons and a relentless arsenal of automated weapons await you in this veritable nightmare on Earth. To destroy this enemy, free its hostages and finally pierce the dark heart of a brutal computer will take something more powerful than plasma rifles and laser guns: the human mind that still burns within you.