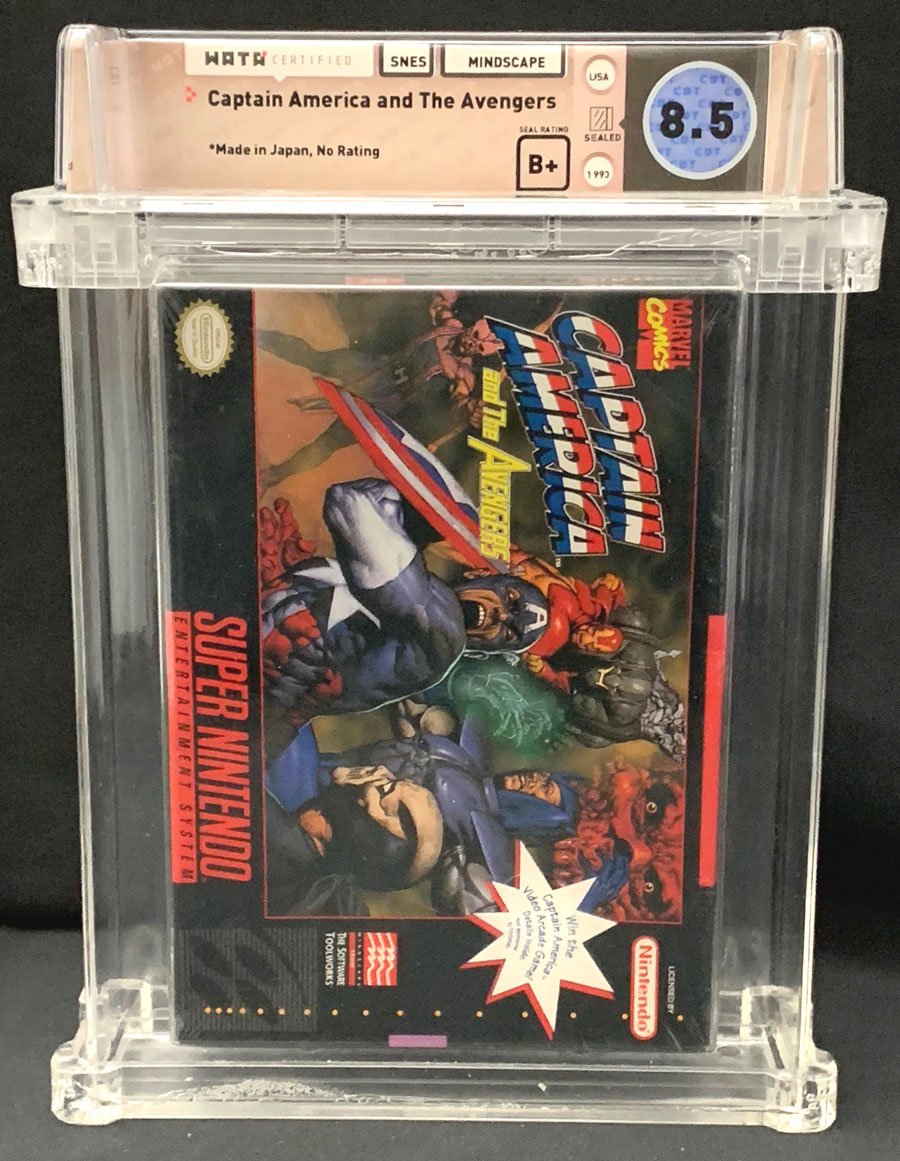 --
Accepting Offers
--
Offers
FYI there's no need to include decimal points(.).
Offer Confirmation
You are about to submit an offer of . If accepted, you are legally obligated to purchase the book. Are you sure you want to continue?
FYI there's no need to include decimal points(.).
Buy Confirmation
You are about to buy this item for , and will be legally obligated under the terms of our User Agreement to pay for it in a timely fashion. Continue?
PUBLISHER: Mindscape Inc.
COMMENTS: B+ Seal Rating; First-party V-Seam;
Based on the Marvel Comics series; Port of the 1991 Data East arcade game.
Read Description ▼
Sell One Of These Inquire About This

Watch
B+ Seal Rating; First-party V-Seam;
Based on the Marvel Comics series; Port of the 1991 Data East arcade game.CAPTAIN AMERICA AND THE AVENGERS! The smash arcade hit now on Super NES! Red Skull is back with a sinister mid-control device to command the most evil super-villains on earth against the forces of good. The super-villains want to control the universe! Captain America and the Avengers are the world's last hope in this battle against evil john Cap, Iron Man, Hawkeye, and Vision, as they combine their special powers with your skills in a last ditch effort to defeat Red Skull and his evil henchmen. Succeed, and you're a hero. Fail, and we'll revoke your Avengers security clearance.