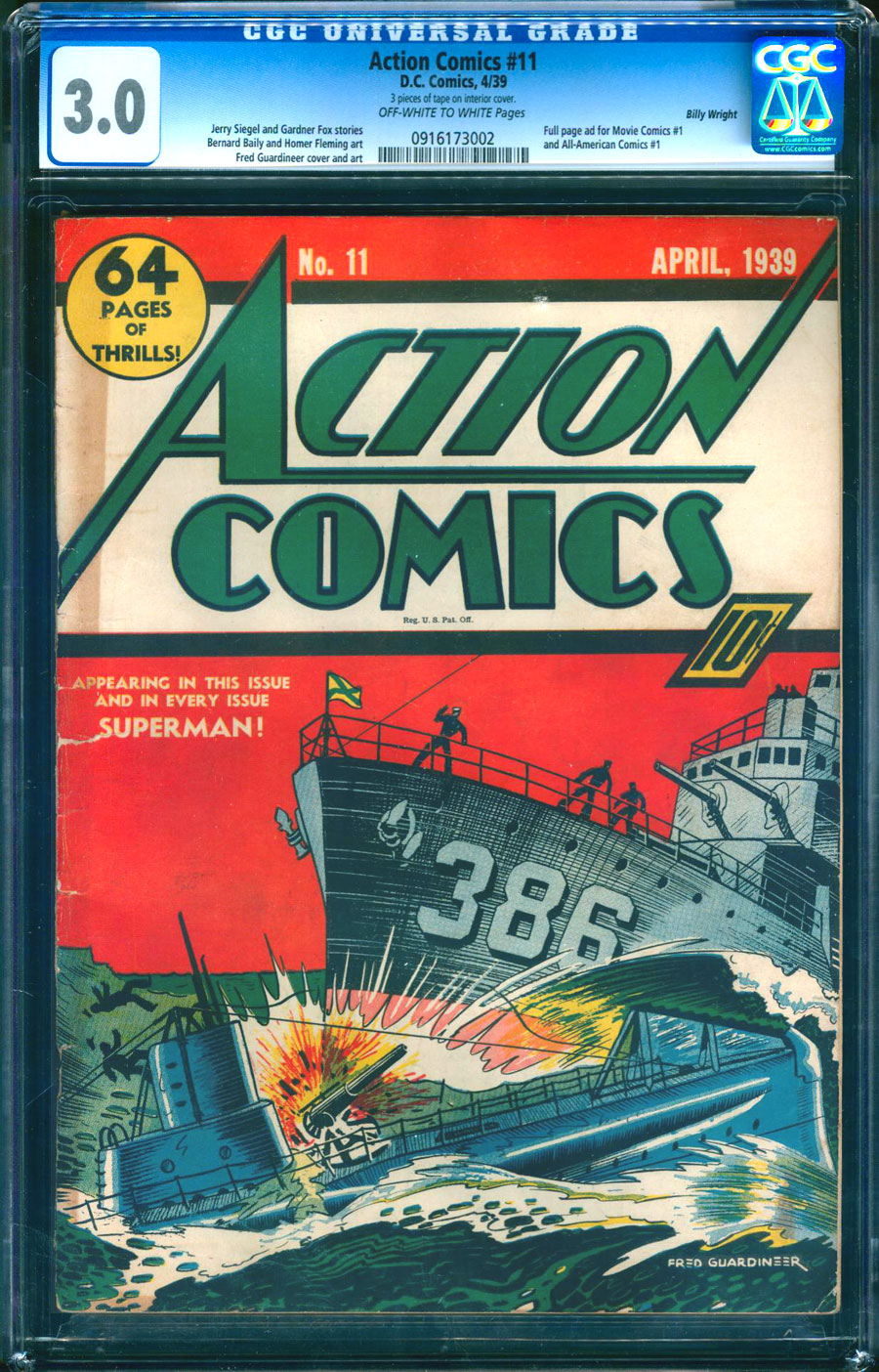 Watch
ow/white pgs; 3 pieces of tape on interior cover
Guardineer cover/art (4/39)
Billy Wright copyIt was no accident that Siegel and Shuster gave their hero an alter ego of an earnest reporter. In the cynical, depression-battered days of the late 1930s, it was assumed that anyone running a big business or holding a position of authority was somehow running a racket, and the only ones who could expose their chicanery were the hard-bitten newsmen who turned the morning edition into a megaphone for the forgotten man. Thus, early Supes tales such as these, pit our intrepid Kryptonian, not against mad scientists or alien menaces, but against the money men, corporate fatcats, and corrupt politicians that dead-broke comics readers assumed were responsible for everything that had gone rotten in America. This issue features one of the last non-Superman covers, another gorgeous pulp-derived beauty from the great Fred Guardineer.
Artists Information