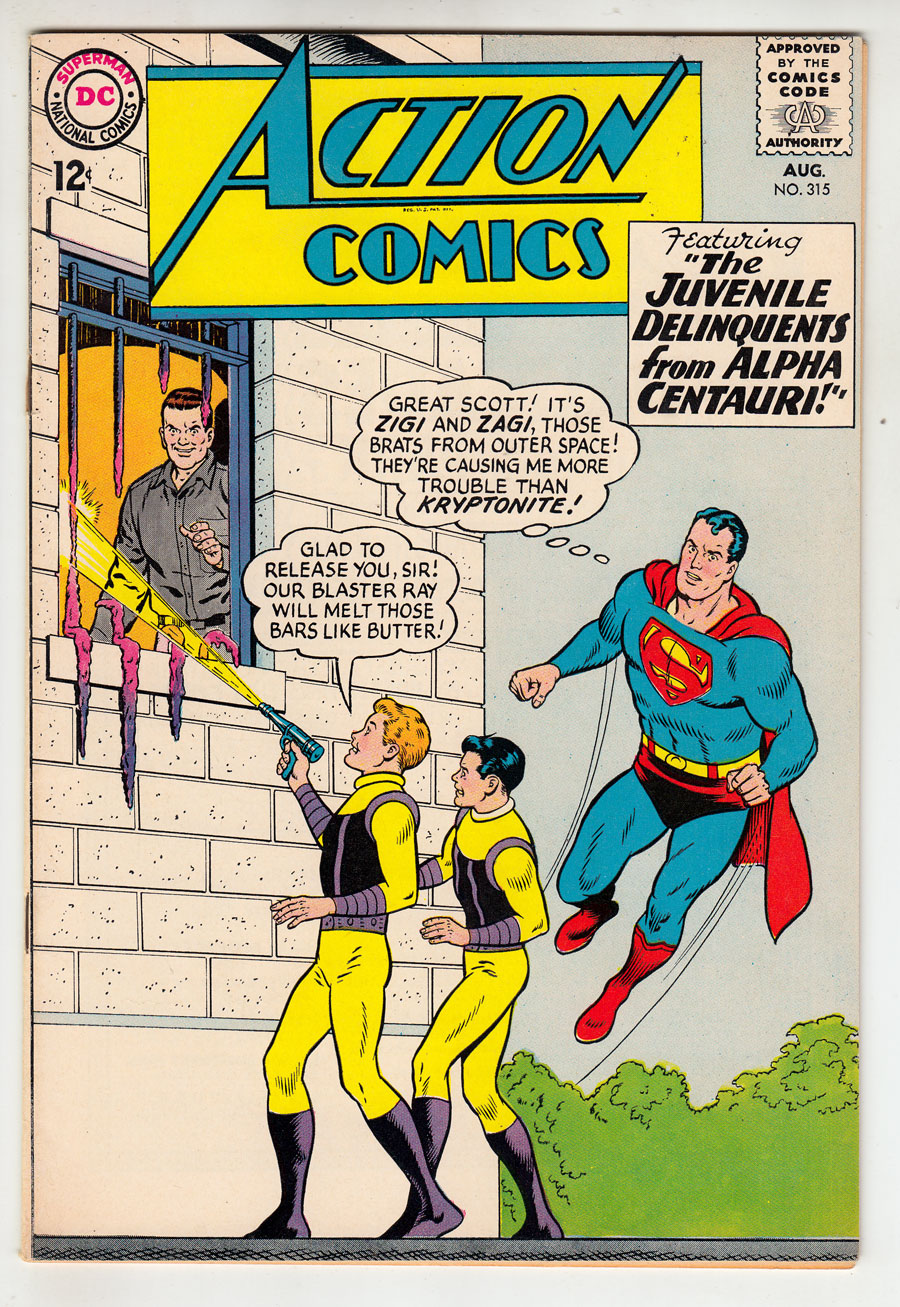 Watch
white pgs
Swan coverCover pencils by Curt Swan, inks by George Klein. Be My Guest at America's Greatest Amusement Park ad with Superman. "The Juvenile Delinquents from Space!", script by Leo Dorfman, art by Jim Mooney; Two boys from a distant planet visit Earth and cause trouble because they don't understand Earth customs; Superman convinces them to go home, but an escaped criminal has stowed away on their spaceship. The Origin of Super-Horse article, art by Jim Mooney. "The Menace of Supergirl's Mother!", script by Leo Dorfman, art by Jim Mooney; Edna Danvers is poisoned by a Kandorian creature and becomes evil; She disguises herself as a Kandorian scientist and lures Zor-El and Allura into a Kryptonite trap. 9th Giant Superman Annual ad. Superman's Pal, Jimmy Olsen ad.
Artist Information