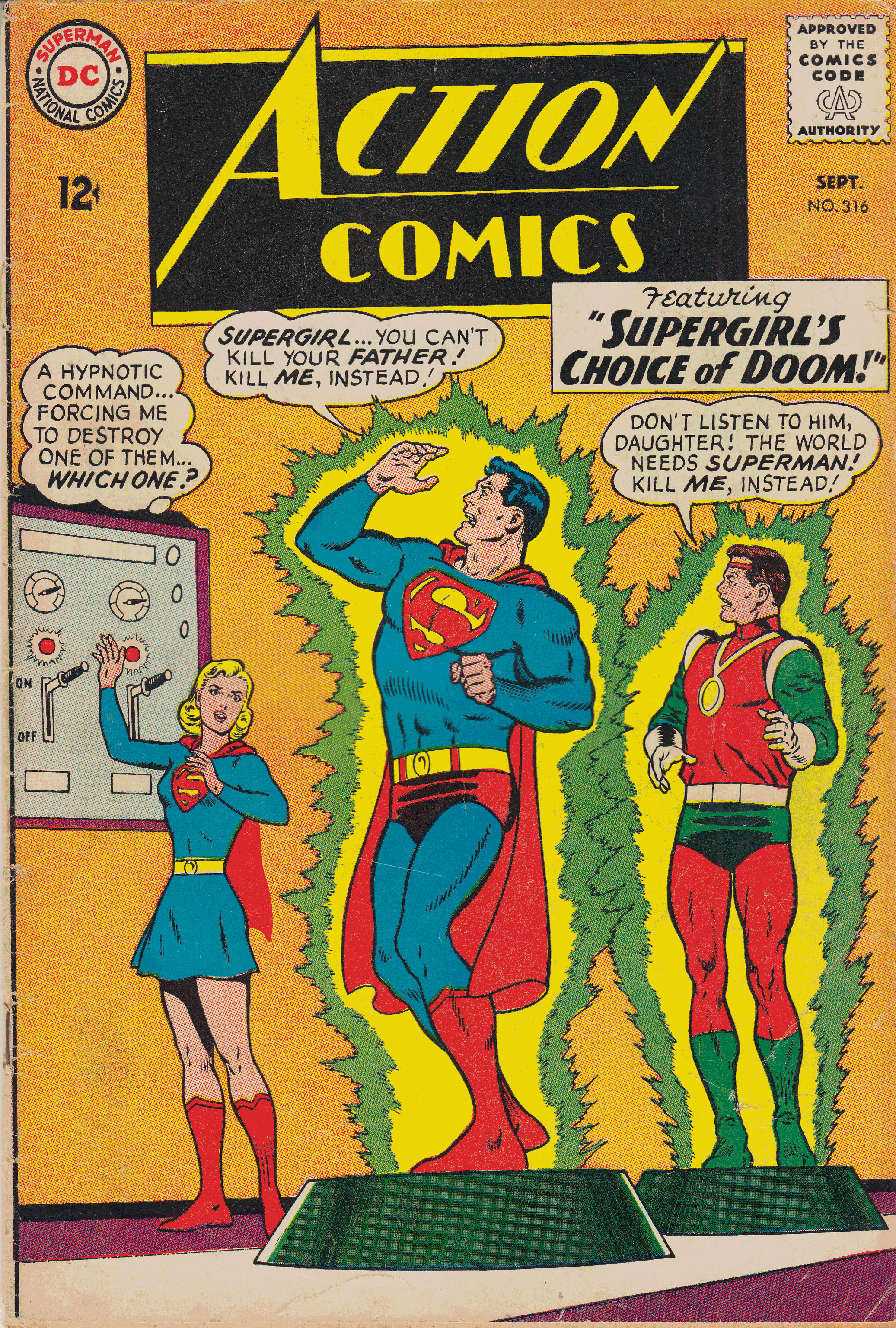 Watch
Curt Swan Supergirl cvrCover pencils by Curt Swan, inks by George Klein. "Zigi and Zagi's Trap for Superman!", script by Leo Dorfman, art by Jim Mooney; When Zigi and Zagi leave Earth for their own world the escaped convict "Slash" Sabre stows away on their ship; Superman follows them to retrieve Sabre. Supergirl's Boy Friends article. "Supergirl's Choice of Doom!", script by Leo Dorfman, art by Jim Mooney; Supergirl is shown a vision of the future that will force her to decide to kill either Superman or her own father; However, Zor-El and Allura faked the prediction so that they have an excuse to return to Kandor and can restore the Danverses to Earth.
Artists Information