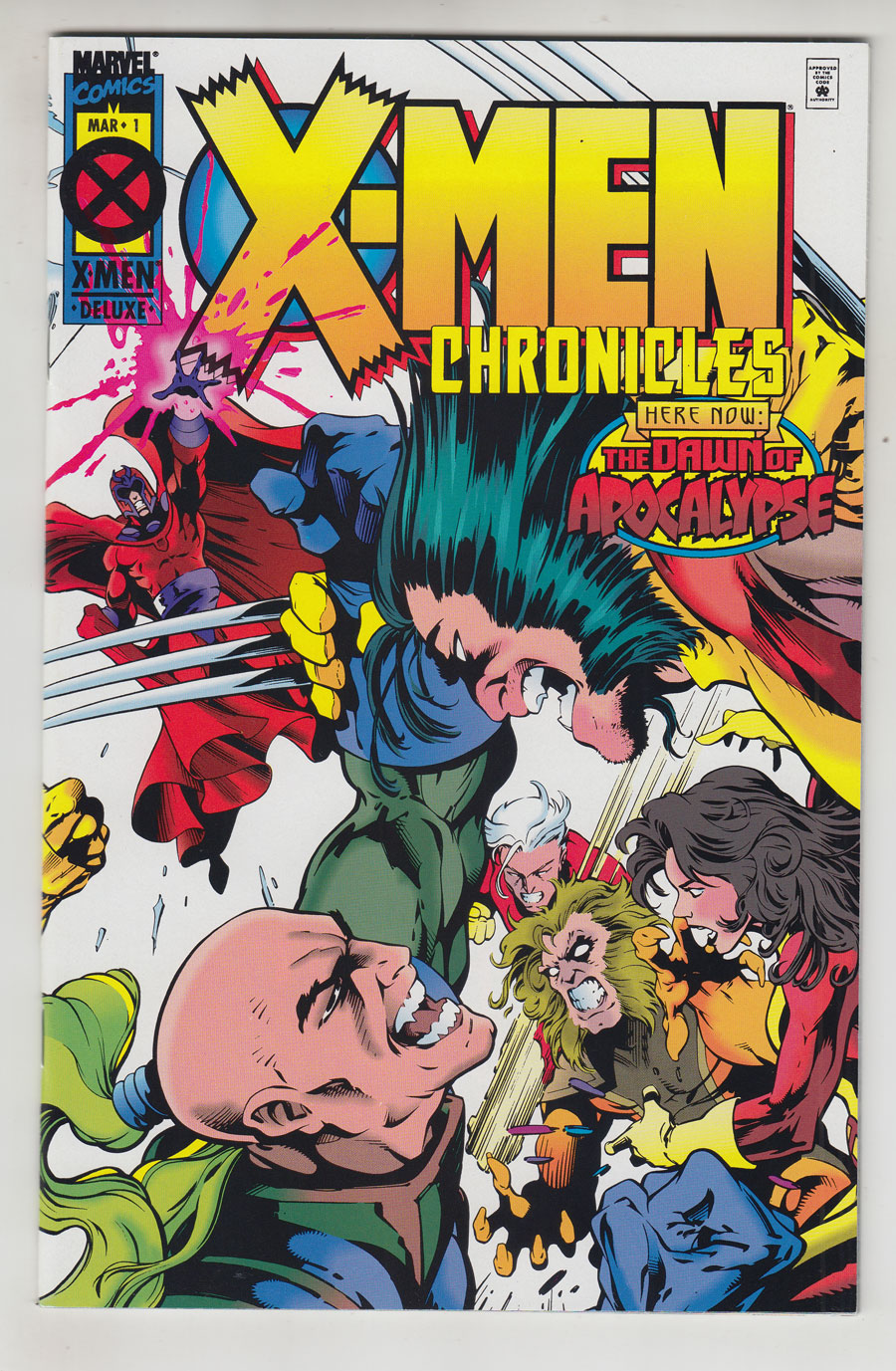 Watch
white pgs
Dodson-aDawn of Apocalypse. "Origins" Age of Apocalypse story, script by Howard Mackie, pencils by Terry Dodson, inks by Klaus Janson; Magneto has founded the X-Men to create the peaceful co-existence between humans and mutants; Due to growing hatred towards mutants, he has set up a special school located in Wundagore Mountains to train young mutants how to control their abilities; His X-Men are: Quicksilver, the Scarlet Witch, Storm, Colossus, Jean Grey, and Iceman; He joins them all in their training in the danger room and introduces them to their newest recruit, Weapon X; When Weapon X's berserker rage takes over Magneto instructs Jean to calm him down telepathically; Meanwhile, in New York City, a giant ship has appeared, belonging to the evil mutant Apocalypse, who is making himself known to the world and beginning his edict of survival of the fittest. Beast illustration by Ian Churchill and James Pascoe. Magneto/Rogue illustration by Tom Grummett and Matthew Ryan. Weapon X illustration by Jae Lee.
Artists Information

Terry Dodson is a veteran comic book artist who's famous for his work on several DC titles and frequently collaborates with his wife, inker/ colorist Rachel Dodson. Terry's most notable works include Harley Quinn, Wonder Woman and Marvel Knights: Spider-Man.