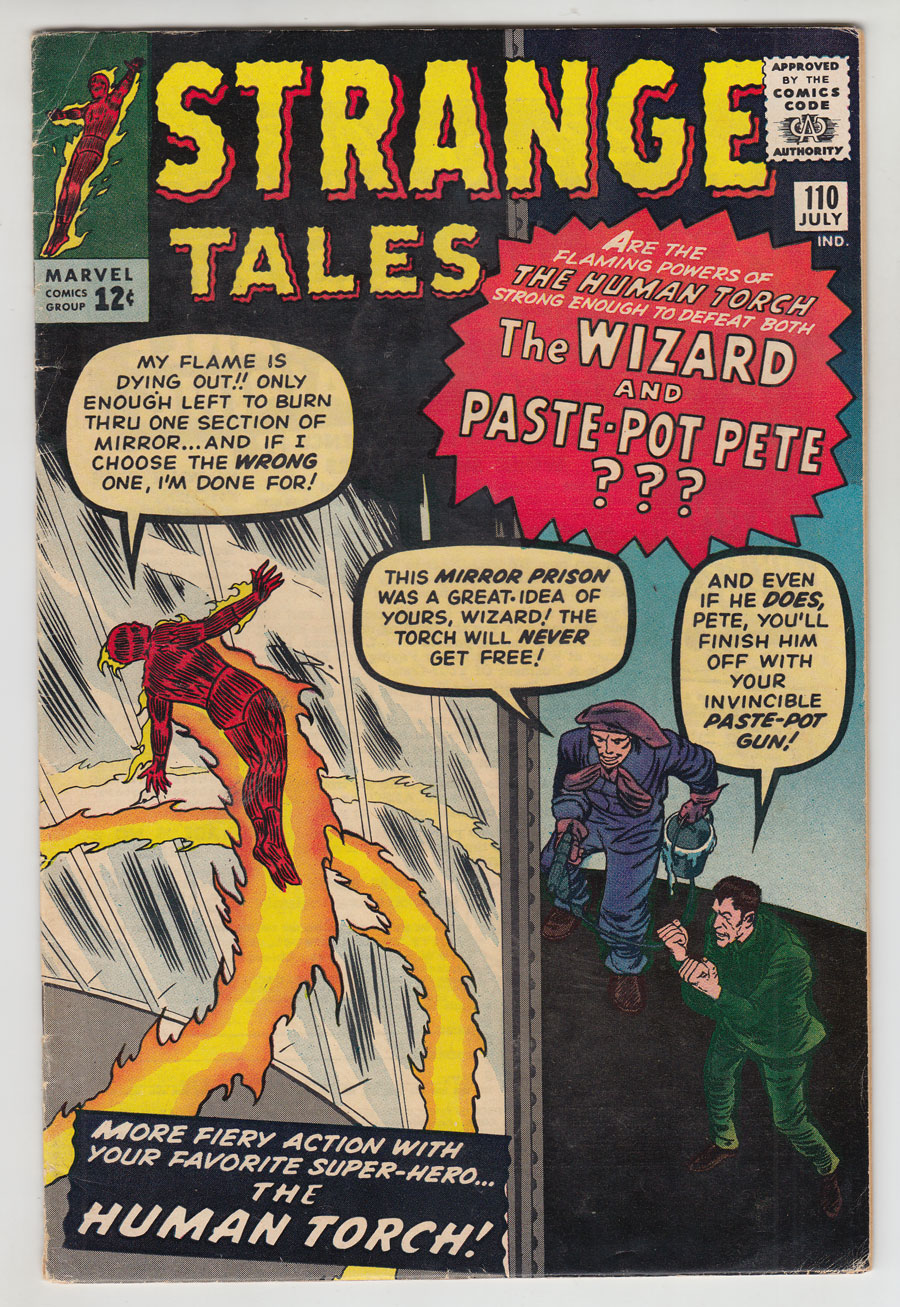 --
Accepting Offers
--
Offers
FYI there's no need to include decimal points(.).
Offer Confirmation
You are about to submit an offer of . If accepted, you are legally obligated to purchase the book. Are you sure you want to continue?
FYI there's no need to include decimal points(.).
Buy Confirmation
You are about to buy this item for , and will be legally obligated under the terms of our User Agreement to pay for it in a timely fashion. Continue?
PUBLISHER: Marvel
COMMENTS: ow pgs
Kirby cover; 1st app. Dr. Strange, Ancient One, Nightmare and Wong; 1st Paste-Pot Pete and Wizard team-up (7/63) Comic Book Impact rating of 9 (CBI)
Read Description ▼
Sell One Of These Inquire About This

Watch
ow pgs
Kirby cover; 1st app. Dr. Strange, Ancient One, Nightmare and Wong; 1st Paste-Pot Pete and Wizard team-up (7/63) Comic Book Impact rating of 9 (CBI)Waiting inside this issue, unbeknownst to young readers, was the Master of Black Magic, the Sorcerer Supreme, Doctor Strange. His tales were brought to life by Stan Lee and Steve Ditko, two of the legendary architects of Marvel's Silver Age. It was easily overlooked on the newsstands, as there is no signifier of Doctor Strange's appearance in the issue on its cover illustration, which depicts Strange Tales' main protagonist, the Human Torch, facing off against his nemesis Paste-Pot Pete. The surprise introduction of Earth's sole defender from magical and mystical threats made this issue a sleeper hit. With the success of Benedict Cumberbatch as the good doctor in the MCU's "Doctor Strange" as well as "Thor: Ragnarok" and "Avengers: Infinity War," this book is sure to reach new heights in popularity!


Strange Tales issues have been heating up in popularity over the past few years, and due to the influx of new Marvel movie announcements, it has been increasingly difficult to keep this issue in stock in any grade. This is one of the toughest Silver Age key issues to find, likely due to a small print run, but that hasn't stopped collectors from snapping up copies as quickly as they can.