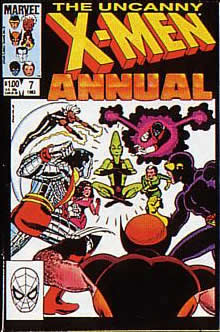 Al Milgrom is an American comic book writer, penciler, inker and editor, primarily for Marvel Comics. He is known for his 10-year run as editor of Marvel Fanfare; his long involvement as writer, penciler, and inker on Peter Parker, The Spectacular Spider-Man; his four-year tenure as West Coast Avengers penciler; and his long stint as the inker of X-Factor. He often inked Jim Starlin’s work. Milgrom is the co-creator of DC superhero Firestorm. Al Milgrom grew up in Detroit, Michigan and graduated from the University of Michigan in 1972. Milgrom started his comics career in 1972 as an assistant for inker Murphy Anderson. During that period, Milgrom contributed to Charlton Comics’ Many Ghosts of Doctor Graves, Star*Reach, and comics published by Warren Publishing and Atlas/Seaboard, before joining with Marvel. Milgrom also worked as a “Crusty Bunker” for Neal Adams’ Continuity Associates in 1977. At one point Milgrom lived in the same Queens apartment building as artists Walter Simonson, Howard Chaykin, and Bernie Wrightson. Simonson recalls, “We’d get together at 3 a.m. They’d come up and we’d have popcorn and sit around and talk about whatever 26, 27 & 20-year-old guys talk about. Our art, TV, you name it. I pretty much knew at the time; These are the good ole days.” Milgrom came to prominence as a penciller on Captain Marvel from 1975 to 1977. He penciled the Guardians of the Galaxy feature in Marvel Presents, which was written by Steve Gerber and Roger Stern. Milgrom worked as editor at DC Comics from 1977 to 1978. While at DC Comics, he co-created Ronnie Raymond, the original Firestorm, with writer Gerry Conway. Milgrom was an editor for Marvel Comics beginning in 1979 and editing Marvel Fanfare for its full ten-year run (#1–60, March 1982–January 1992). As editor of The Incredible Hulk, he designed the costumes of the U-Foes. He drew The Avengers (1983–85), The West Coast Avengers (1985–88), Kitty Pryde and Wolverine (1984–85), Secret Wars II (1985–86) and wrote the Mephisto limited series (1987). Milgrom wrote and drew Peter Parker: The Spectacular Spider-Man #90–100 (1984–85) and The Incredible Hulk (1986–87). In 1991, he wrote a story arc for The Amazing Spider-Man and collaborated with Danny Fingeroth on The Deadly Foes of Spider-Man limited series. Milgrom has been a prolific inker, working on most of Marvel’s line. He served an eight-year stint as the inker of X-Factor in 1989–1997. He inked Ron Frenz on Thor in 1991–1993 and Thunderstrike from 1994 to 1995. Other series he has worked on include Captain America, Generation X, The Micronauts, and the Uncanny X-Men. Milgrom inked the limited series A-Next, J2, Marvel: The Lost Generation, and Thanos. Beginning in 1996, Milgrom completed his artistic journey on The Spectacular Spider-Man by inking the title until its cancellation in 1998. In 2001 Milgrom was fired from his Marvel staff job when it was discovered he had added hidden slanderous comments against then Editor-in-Chief Bob Harras in the background of a page in the comic book Universe X Special: Spidey. Milgrom went on to freelance for Marvel, mostly inking Jim Starlin’s work. He also started to work for Archie Comics on a regular basis, inking a variety of titles. Beginning in the early 2000s, Al Milgrom freelanced for DC again, providing inks for titles like Mystery in Space (vol. 2), Ambush Bug: Year None and Strange Adventures (vol. 3).