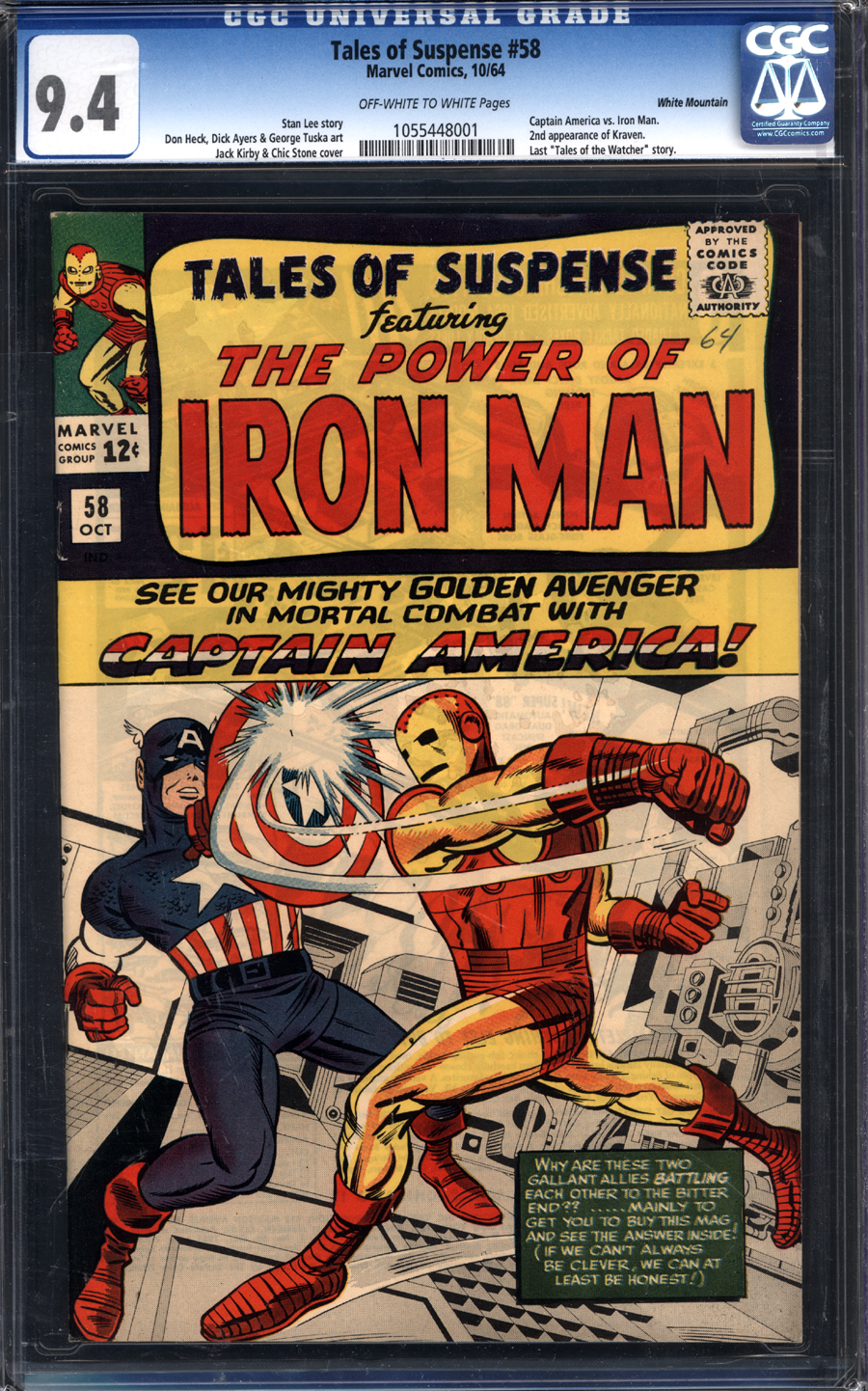 --
Accepting Offers
--
Offers
FYI there's no need to include decimal points(.).
Offer Confirmation
You are about to submit an offer of . If accepted, you are legally obligated to purchase the book. Are you sure you want to continue?
FYI there's no need to include decimal points(.).
Buy Confirmation
You are about to buy this item for , and will be legally obligated under the terms of our User Agreement to pay for it in a timely fashion. Continue?
PUBLISHER: Marvel
COMMENTS: ow/white pgs
2nd app. of Kraven the Hunter; Classic battle of Captain America vs Iron Man; Jack Kirby cover.
White Mountain Copy
Read Description ▼
Sell One Of These Inquire About This

Watch
ow/white pgs
2nd app. of Kraven the Hunter; Classic battle of Captain America vs Iron Man; Jack Kirby cover.
White Mountain CopyThe cover of this book will likely remind one instantly of the recent blockbuster film "Captain America: Civil War," which also happened to feature a battle between Captain America and Iron Man. But looks can be deceiving, the root of the problem depicted in the cover story is the nefarious Chameleon, who creates a great deal of confusion by imitating the Star-Spangled Avenger and tricking Tony Stark into confronting the real Steve Rogers. Overall, a very entertaining, and action-packed issue from Marvel's Silver Age, and with the inclusion of guest appearances by fellow Avengers Wasp and Giant-Man, this book is a real interesting peek into the future of the Marvel Universe.
Artists Information