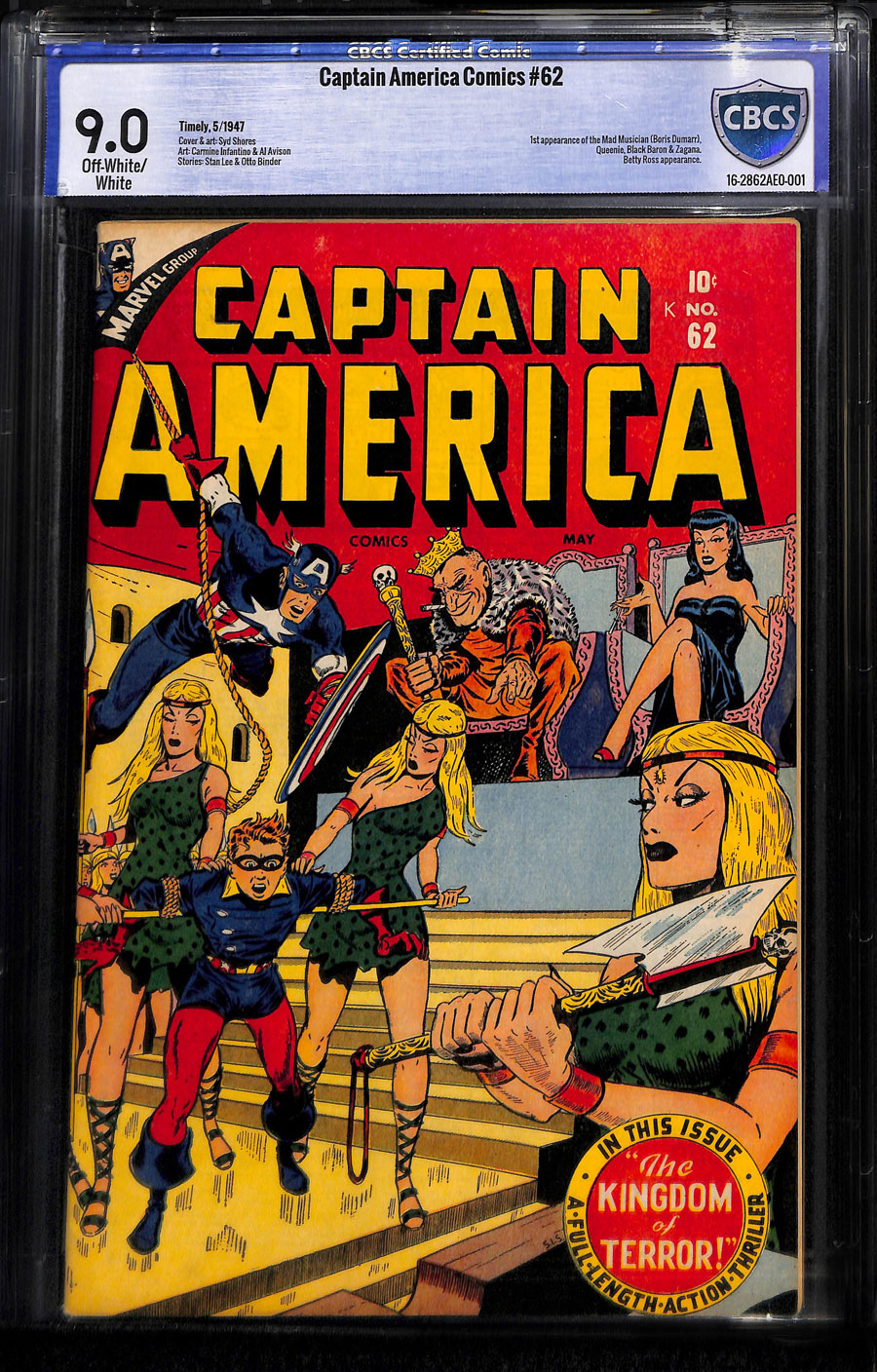 Watch
ow/white pgs
Syd Shores Bucky bondage cvrWell, this is quite the departure from the Nazi-bashing covers of yore, as hapless Bucky continues to be bound and endangered, but there is now the threatening specter of another kind, the rise of Good Girl Art, and the cheap thrills offered by horror and crime comics that were moving in on the superhero territory. Soon to snuff out the genre almost entirely, in a symbolic decapitation that mirrors the more adult-themed chills and thrills offered on this interesting genre-blending cover. The sleazy cheroot-munching king provides the icing on the cake of this fascinating design.
Artists Information

American comic book artist known for his work on Marvel Comics, particularly his co-creation of Whizzer and also his work on Golden Age Captain America.