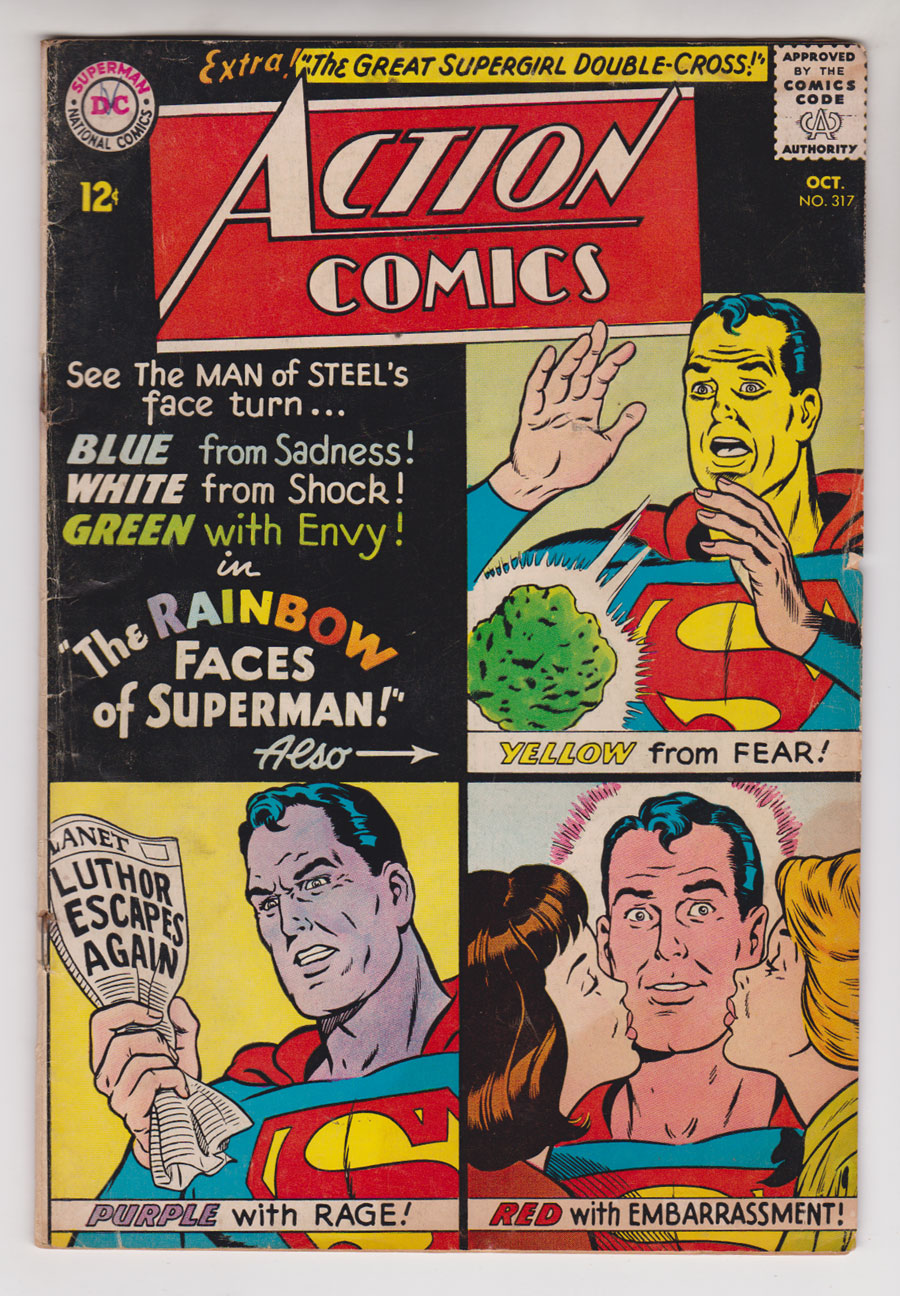 Watch
Curt Swan cvrCover pencils by Curt Swan, inks by George Klein. "Superman's Rainbow Face!", script by Otto Binder, art by Al Plastino; Red Kryptonite causes Superman's emotions to be reflected in the color of his face, which means that Clark must hide the changes from Lois. One-page Tricksy story by Henry Boltinoff. Supermen of America ad. "The Great Supergirl Double-Cross!", script by Leo Dorfman, art by Jim Mooney; When Supergirl mistakes Lena Thorul's new boyfriend for an enemy agent she breaks up their romance; Upon finding out that she was mistaken, she has to get them back together. The Story of Lena Thorul article.
Artists Information