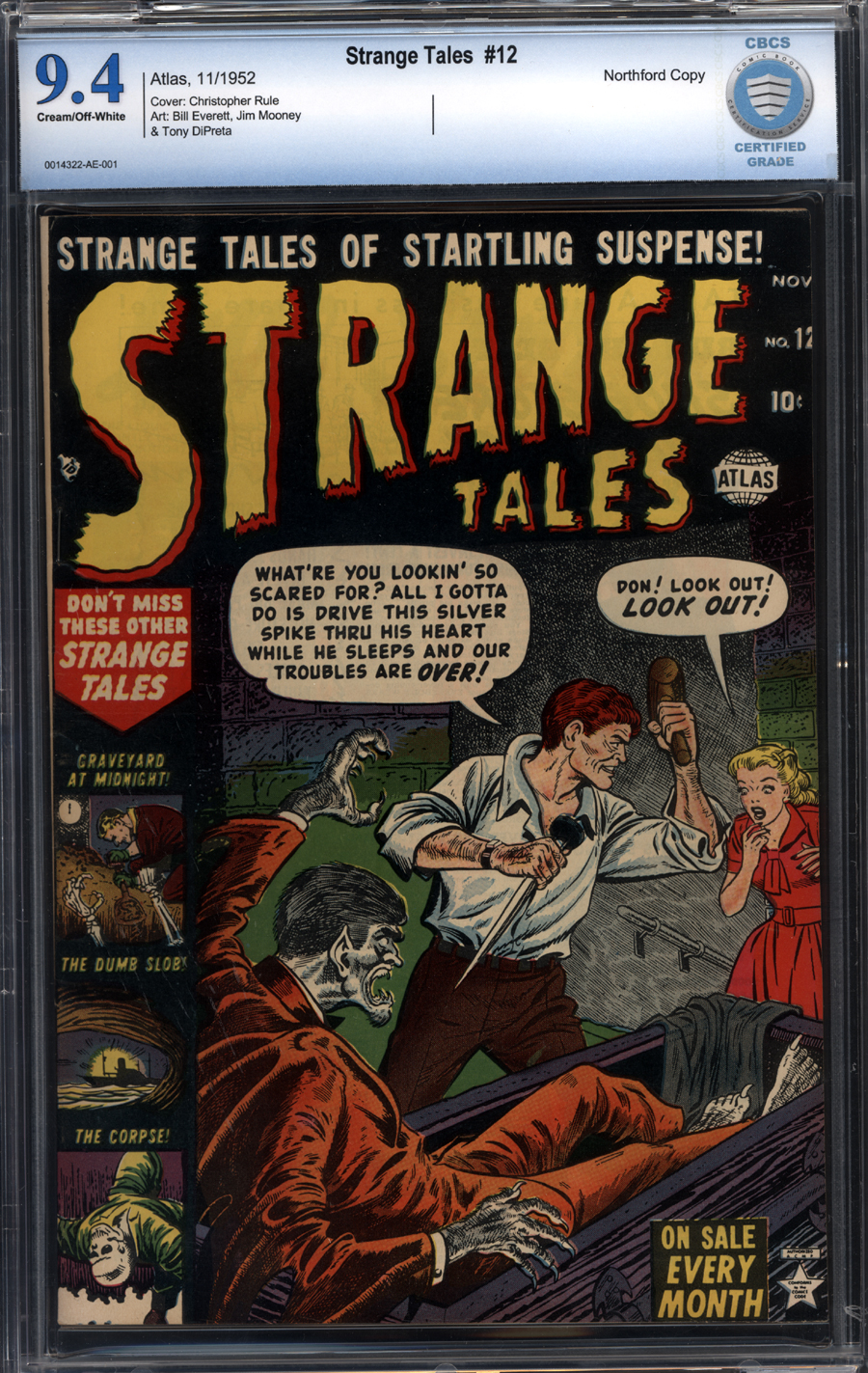 Watch
crm/ow pgs
Everett, Mooney, Tuska art; vampire, skeleton cover
Northford Copy
Highest GradedCover pencils by Carl Burgos, inks by Christopher Rule. "Love Story," art by Tony DiPreta; A chemist mixes up a love potion but leaves it too close to the guinea pig cage and they drink it all. "Pharaoh's Finger" text story. "The Corpse," art by Jim Mooney; A murderer is being sought by the police for a killing that he did not commit so he drives to his girlfriend who can provide an alibi; On the way over he strikes someone crossing the street in the dark and does not stop. "The Warning!"; A man considers a criminal career until his dead brother dissuades him. "The Dumb Slob," art by George Tuska; Sailors make fun of a dumb person the captain picked up in port to do free labor until he tells them that he sees the edge of the ocean and warns them not to go over; They put him in a rowboat and tell him to return so that he can warn others. "Graveyard at Midnight!", art by Bill Everett; An actor robs a bank in disguise and then kills his manager in the cemetery for trying to blackmail him; The caretaker sees the murder and phones the police.
Artists Information