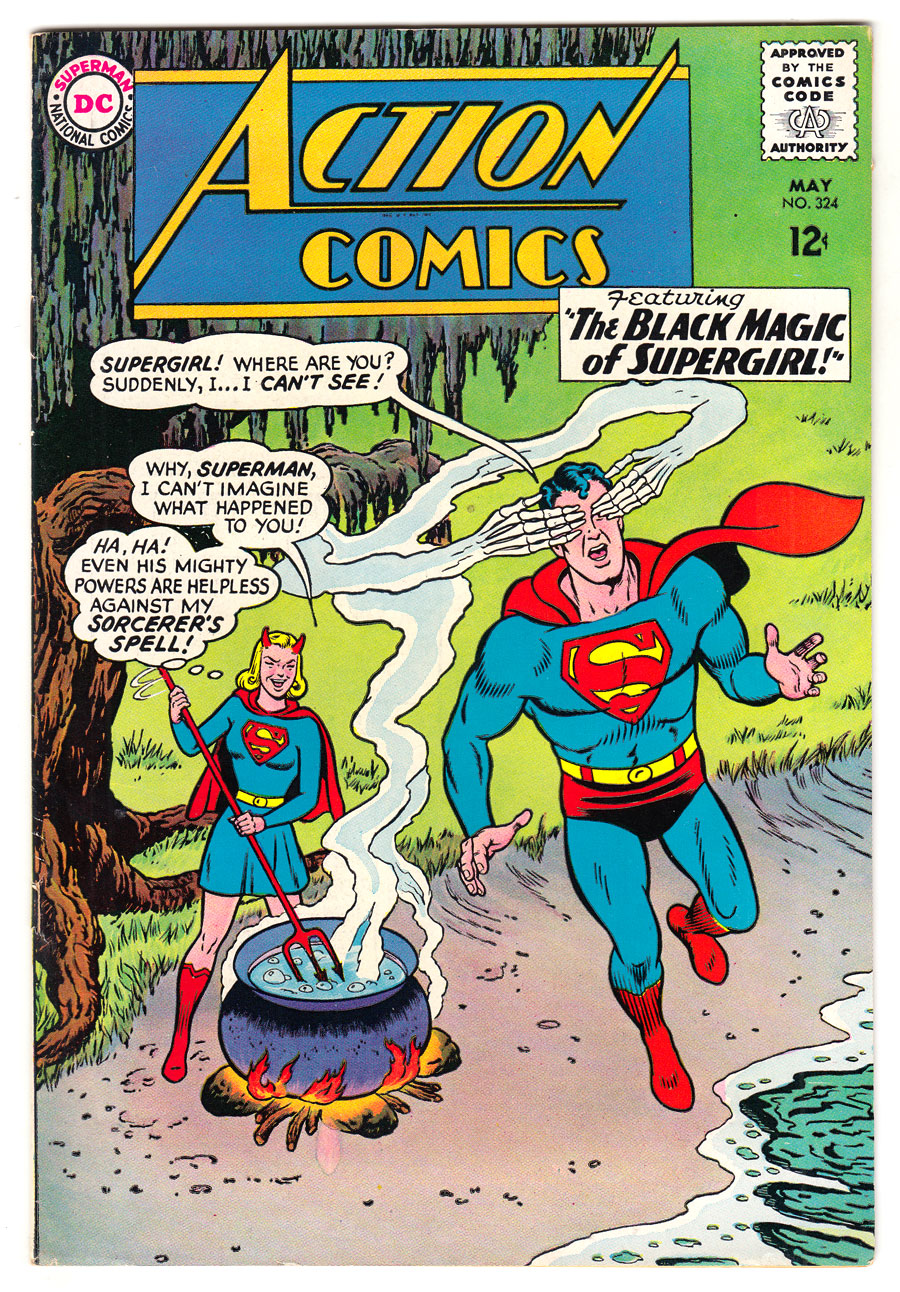 Watch
staple pull
Swan Supergirl cover
Pennsylvania Dutch CopyCover pencils by Curt Swan, inks by George Klein. "The Secret Life of Clark Kent!", script by Leo Dorfmanm, art by Al Plastino; Clark Kent accidentally discovers Crater Valley, where a Quaker colony has lived in seclusion since the eighteenth century. Superman ad. "The Black Magic of Supergirl!", script by Leo Dorfman, art by Jim Mooney; Supergirl acquires the Satan Ring, which allows her to perform three deeds of black magic, but the price of using it will turn her into a demon. Superboy ad. Supermen of America ad. Letter to the editor from comics writer Cary Bates.
Artist Information