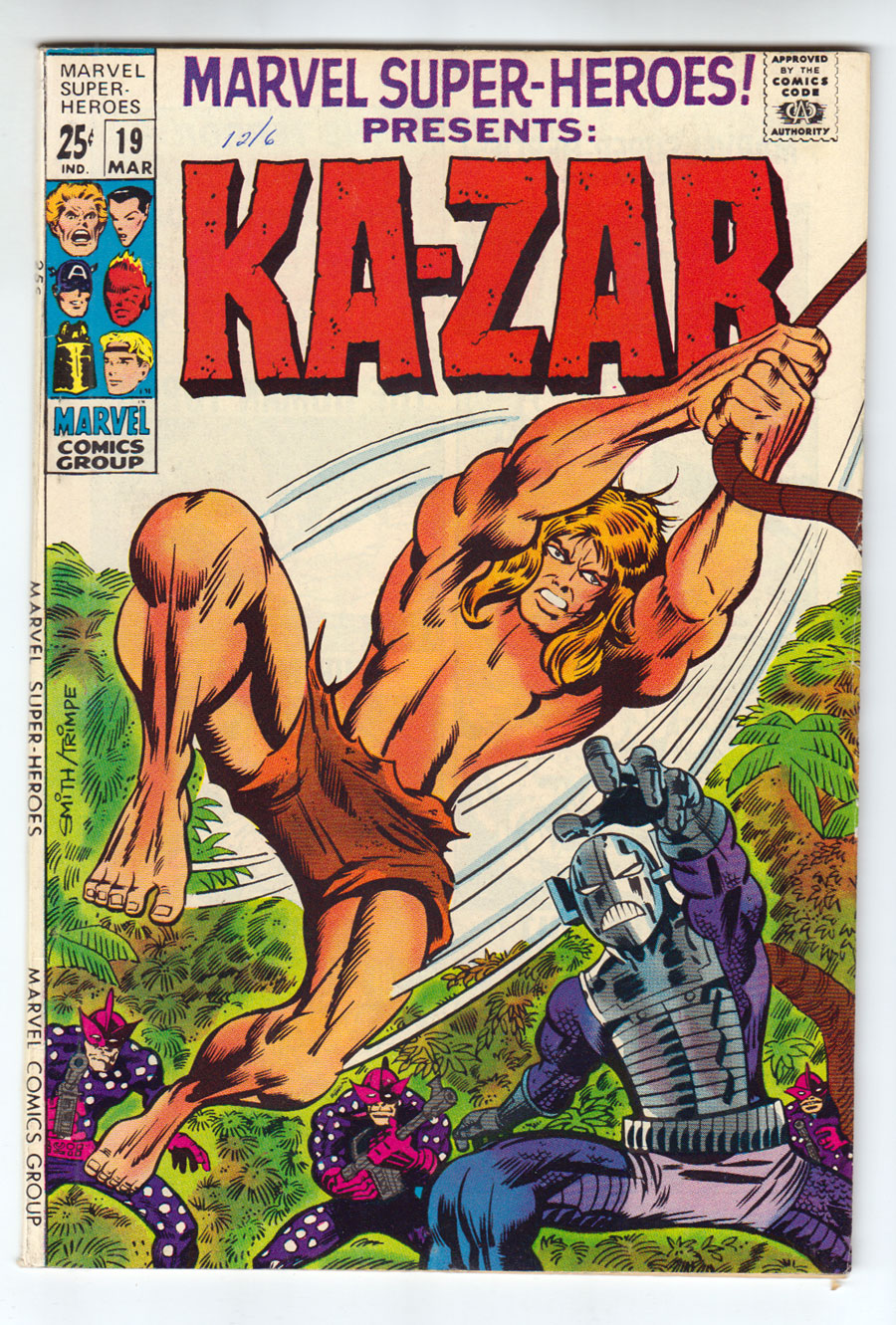 --
Accepting Offers
--
Offers
Offer Confirmation
You are about to submit an offer of . If accepted, you are legally obligated to purchase the book. Are you sure you want to continue?
Buy Confirmation
You are about to buy this item for , and will be legally obligated under the terms of our User Agreement to pay for it in a timely fashion. Continue?
PUBLISHER: Marvel
COMMENTS: ow pgs
68 pgs; Ka-Zar with Barry Smith cover
Mighty Marvel Maniac Collection
Read Description ▼
Sell One Of These Inquire About This

George Tuska used a variety of pen names including Carl Larson, was an American comic book and newspaper comic strip artist best known for his 1940s work on various Captain Marvel titles and the crime fiction series Crime Does Not Pay and for his 1960s work illustrating Iron Man and other Marvel Comics characters. He also drew the DC Comics newspaper comic strip The World's Greatest Superheroes from 1978–1982.