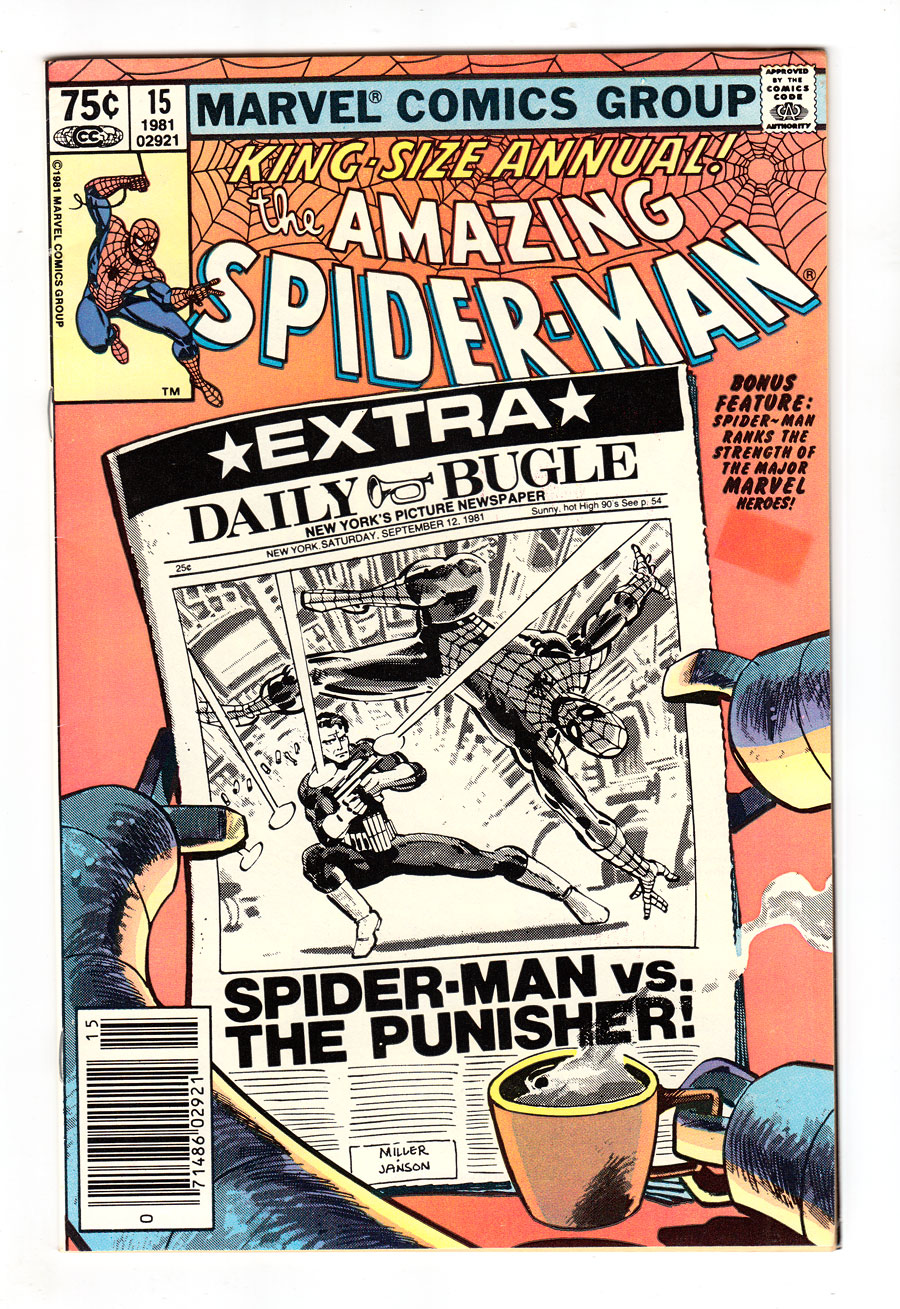 --
Accepting Offers
--
Offers
Offer Confirmation
You are about to submit an offer of . If accepted, you are legally obligated to purchase the book. Are you sure you want to continue?
Buy Confirmation
You are about to buy this item for , and will be legally obligated under the terms of our User Agreement to pay for it in a timely fashion. Continue?
PUBLISHER: Marvel
COMMENTS: ow pgs
Miller cover/art; Punisher app. (1981)
Mighty Marvel Maniac Collection
Read Description ▼
Sell One Of These Inquire About This

Watch
ow pgs
Miller cover/art; Punisher app. (1981)
Mighty Marvel Maniac Collection"Spider-Man: Threat or Menace?" Guest-starring the Punisher. Script by Denny O'Neil. Art by Frank Miller (breakdowns) and Klaus Janson (finishes). Cover by Frank Miller and Klaus Janson. The dynamic art tandem that took the Daredevil series to new heights in the early 1980's teams up to bring Spider-Man and the Punisher together again! But this time the web-slinger and the gun-toting vigilante are not facing the likes of Jigsaw or the Hitman! Their adversary is a certain six-armed super-villain...planning nothing less than the murder of five million people! The Punisher takes the first shot at Dr. Octopus in the city morgue! And later on the wondrous wall-crawler takes the last one at the Daily Bugle! Can Spidey get the story to press before Doc Ock? An excellent annual! Second feature: "Just How Strong Is...Spider-Man?" Script by Mark Gruenwald. Art by Mark Gruenwald (layouts) and Bob Layton (finishes). The heroes of the Marvel Universe are ranked in order of their physical strength. The first tier consists of the Hulk, Hercules, Thor, Wonder Man, and Iron Man. The Thing and the Sub-Mariner headline the second tier. Spider-Man is in the third tier. This may be the first such "power ranking" attempted...thus making it a landmark backup feature. Third feature: "Peter Parker's Apartment!" Script by Roger Stern. Art by Marie Severin and Terry Austin. One-page illustration of Peter's Chelsea apartment correcting the errors in Amazing Spider-Man Annual 13. Fourth feature: "A Gallery of Spider-Man's Most Famous Foes!" Script by Roger Stern. Art by Keith Pollard, Greg LaRocque, and Frank Giacoia.
Artists Information