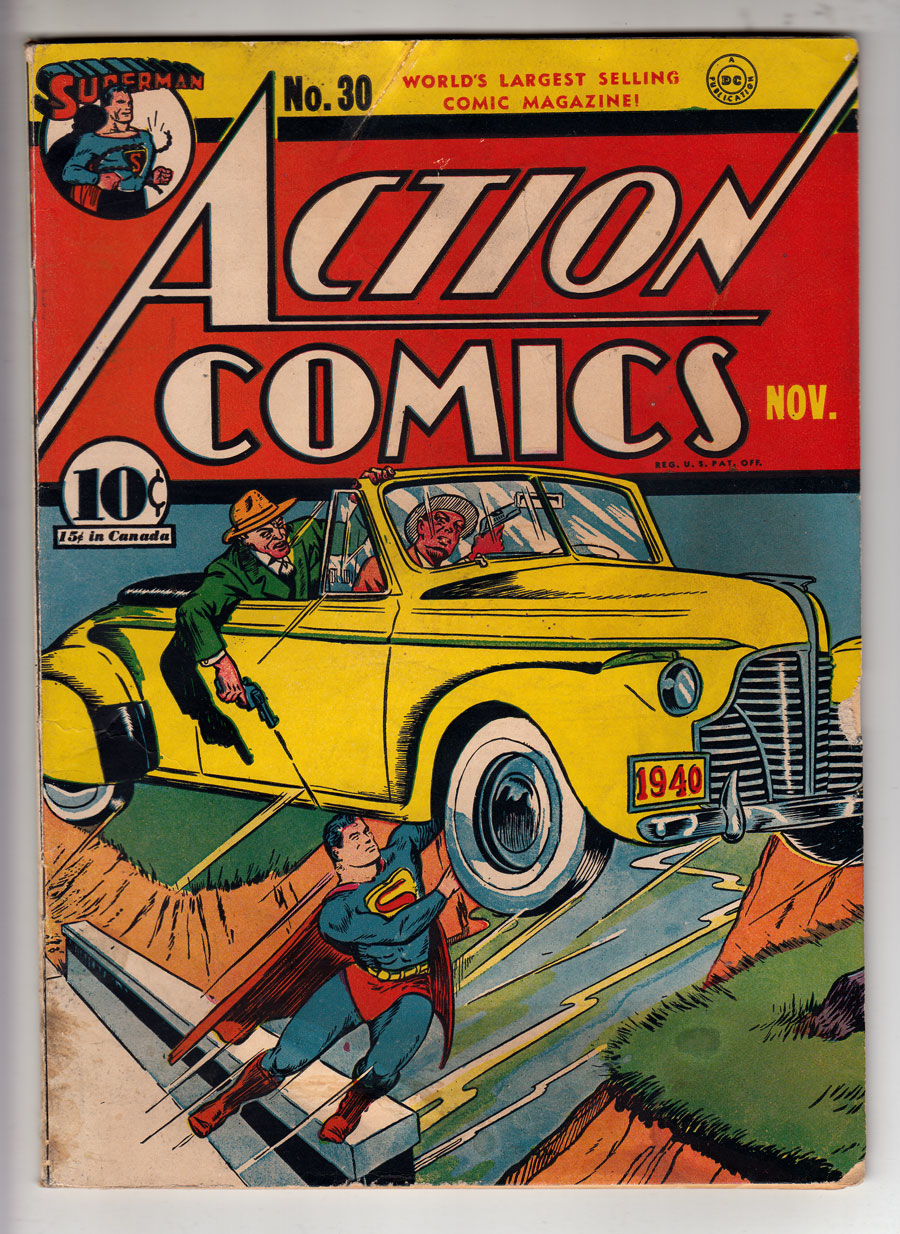 Watch
white pgs
Baily art; 1st app. and death of Zolar!Joe Shuster’s cover illustration for Action Comics #30 is a classic Superman image; the all-American alien lifts a car into the air while the sinister passengers riddle him with bullets to no avail. It is clear to see how the Man of Steel captured the imagination of an entire nation. Superman gave birth to the superhero mythos that has grown to engulf popular culture in the modern-day, and he still reigns supreme over all imitators who followed him. This issue presents the first (and last) appearance of Zolar, a would-be despot, who rules over the land of Ulonda with an iron hand until he crosses swords with Superman, who disposes of the tyrant with his own radium-powered weaponry. The rest of the anthology book features appearances from Zatara, Black Pirate, and Pep Morgan, among others, so there are plenty of chills and thrills to go around.
Artists Information