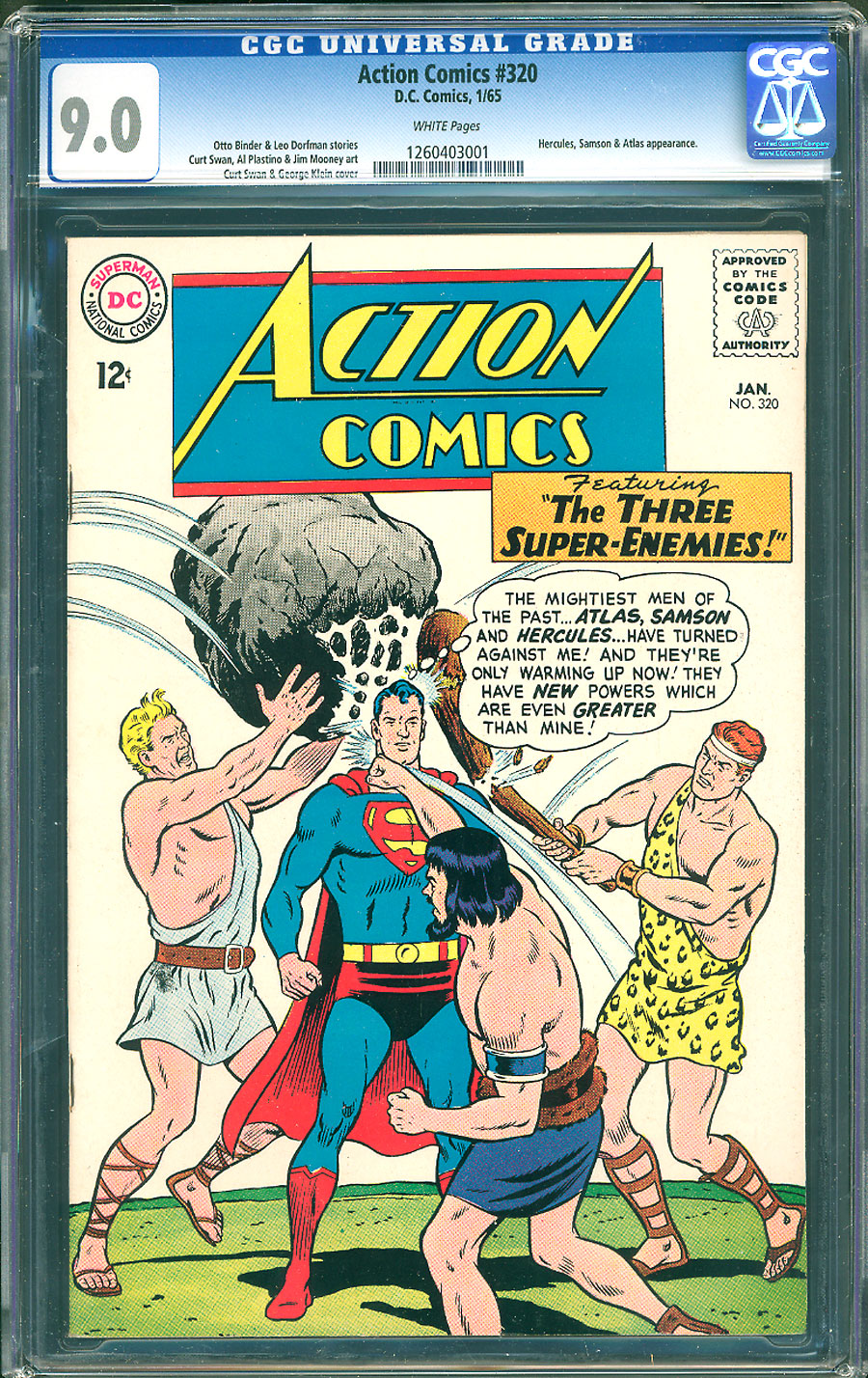 Watch
white pgs
Curt Swan/George Klein cvr; SupergirlCover pencils by Curt Swan, inks by George Klein. Samson, Atlas, and Hercules gang up on Superman in "The Three Super-Enemies!", script by Otto Binder, art by Curt Swan (splash) and Al Plastino; To protect his secret identity, Superman is forced to call three heroes from the past to stop a gang of criminals menacing Metropolis, but he accidentally draws them from a parallel world where the heroes are really villains. "The Man Who Broke Supergirl's Heart," script by Leo Dorfman, art by Jim Mooney; Interplanetary criminals Bronar and Skoll create an android whose mission is to make Supergirl fall in love with him so that he can lure her into a trap where her super-powers will be stolen. 80 Page Giant Superman Annual ad. John F. Kennedy is featured in a one-page public service announcement, "Salute to Courage."
Artist Information