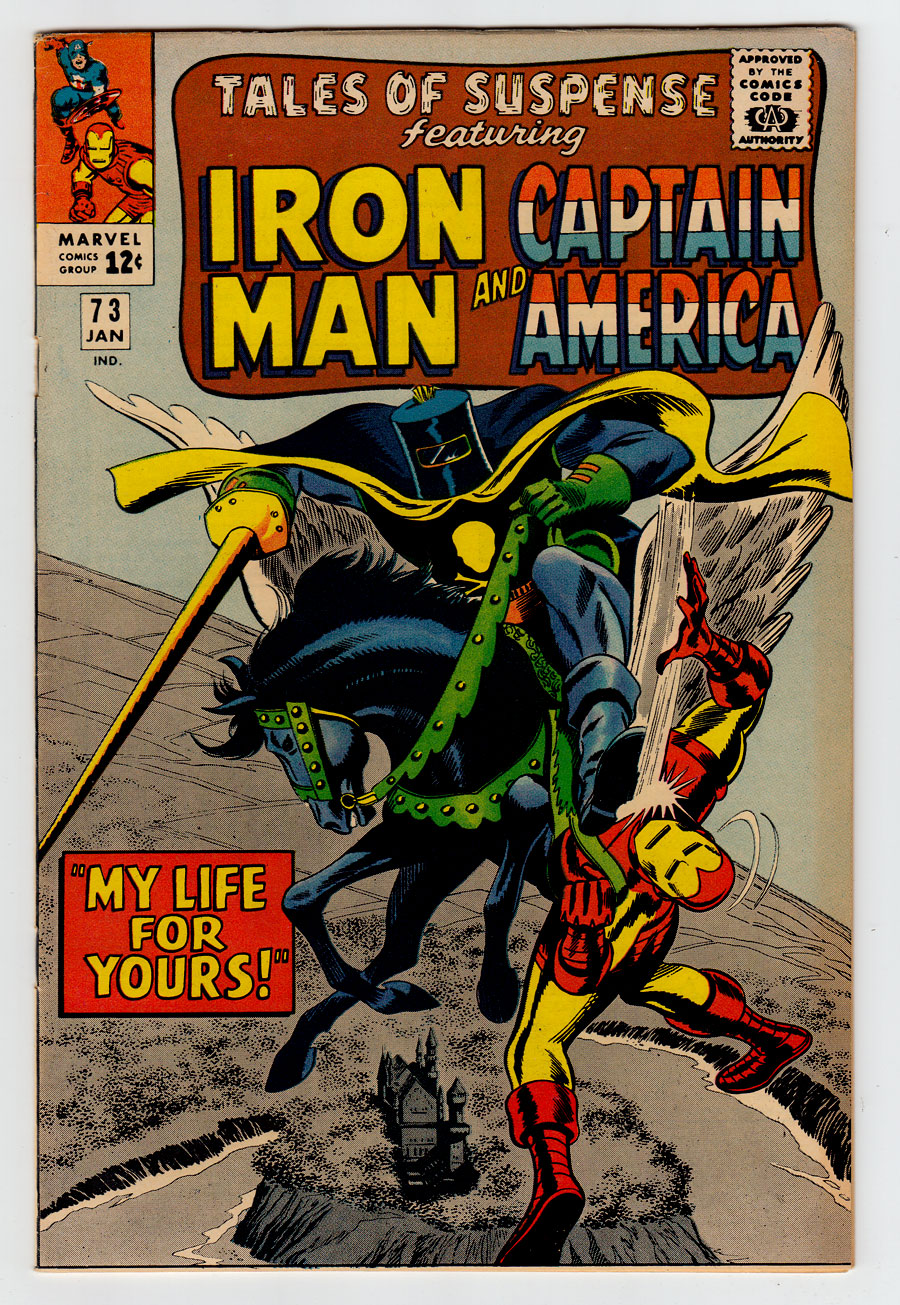 Watch
glossy! off-white pages
Gene Colan Iron Man vs Black Knight battle cvrCover pencils by Gene Colan, inks by Jack Abel. The Black Knight guest stars in "My Life for Yours!", script by Stan Lee, Roy Thomas, and Flo Steinberg (plot assist), pencils by Gene Colan (as Adam Austin), inks by Jack Abel (as Gary Michaels); Iron Man learns that Hogan has been kidnapped from the hospital, and he follows the clues to a secret castle. "Where Walks the Sleeper!", script by Stan Lee, pencils by Jack Kirby (layouts) and George Tuska (pencils), inks by George Tuska; Captain American battles a giant robot created by the Red Skull called the Sleeper; a Nazi agent has men unleash a second Sleeper.
Artists Information

George Tuska used a variety of pen names including Carl Larson, was an American comic book and newspaper comic strip artist best known for his 1940s work on various Captain Marvel titles and the crime fiction series Crime Does Not Pay and for his 1960s work illustrating Iron Man and other Marvel Comics characters. He also drew the DC Comics newspaper comic strip The World's Greatest Superheroes from 1978–1982.