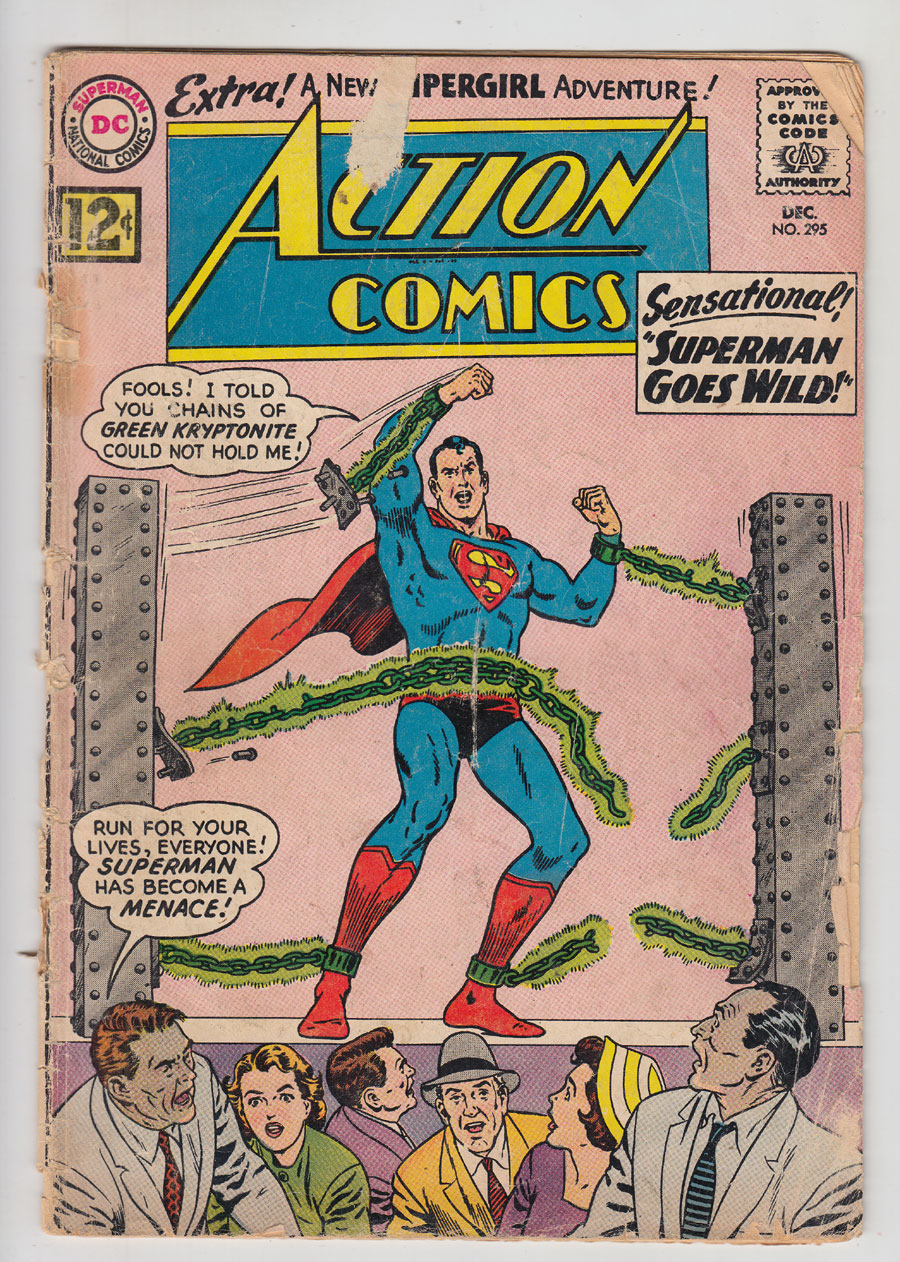 Watch
Swan bondage coverCover pencils by Curt Swan, inks by John Forte. "Superman Goes Wild!", script by Robert Bernstein, pencils by Curt Swan, inks by George Klein; The Superman Revenge Squad uses a telepathic signal to hypnotize Superman into doing evil deeds; He finally creates a ruse to convince the Squad he is mad, and unleashes the Superman Emergency Squad from Kandor to attack the Revenge Squad members, who destroy themselves. One-page Jerry The Jitterbug story by Henry Boltinoff. "The Girl With the X-Ray Mind!", script by Leo Dorfman, art by Jim Mooney; Lena demonstrates E.S.P. talents but is denied a job with the FBI, so Supergirl goes into the past to find more information on her to help her get the job. She finds Lena is really Lex Luthor's little sister and one of his experiments accidentally gave her telepathic powers.
Artists Information