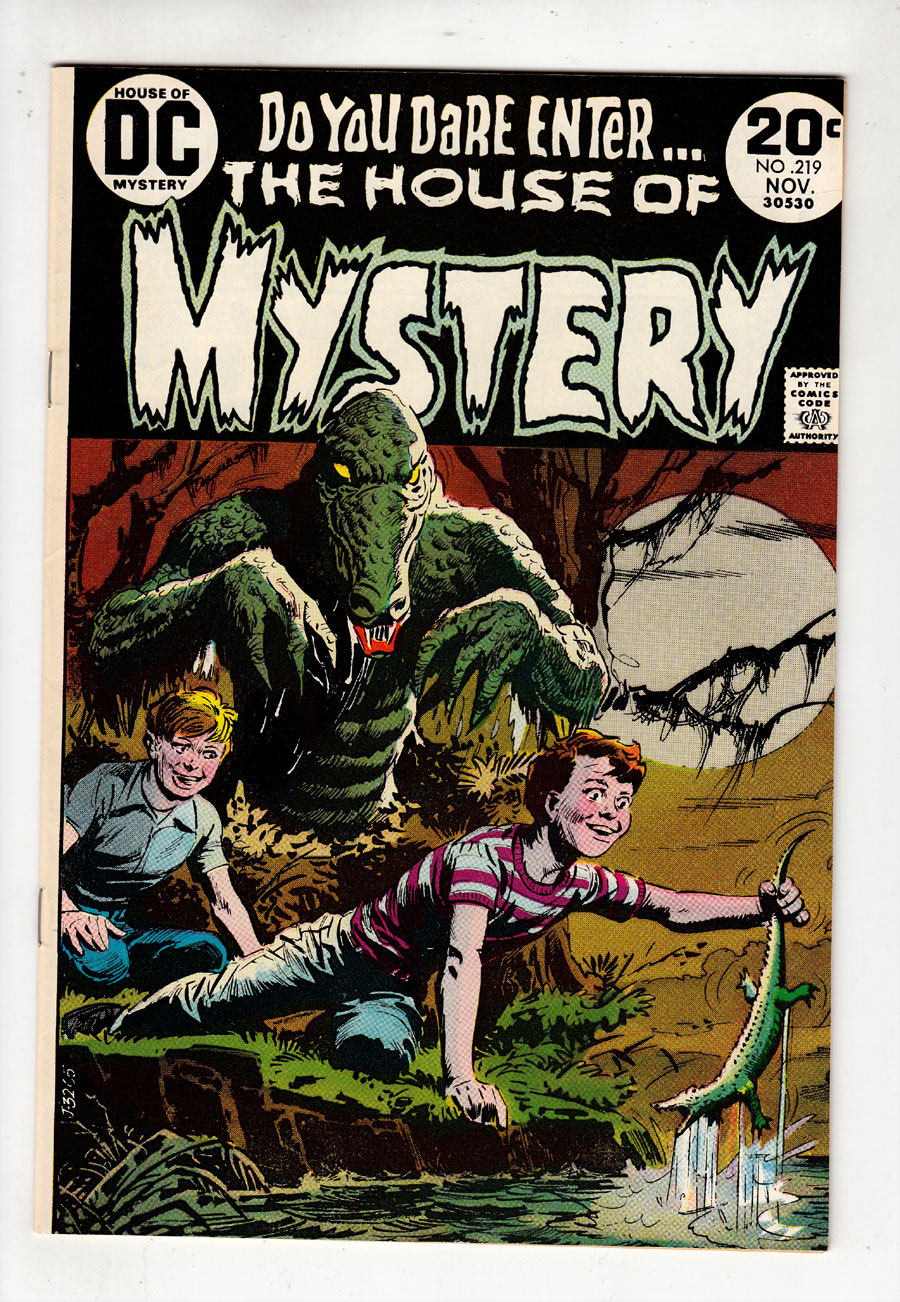 --
Accepting Offers
--
Offers
Offer Confirmation
You are about to submit an offer of . If accepted, you are legally obligated to purchase the book. Are you sure you want to continue?
Buy Confirmation
You are about to buy this item for , and will be legally obligated under the terms of our User Agreement to pay for it in a timely fashion. Continue?
PUBLISHER: DC
COMMENTS: glossy! ow/white pgs
Wrightson splash; sea monster cover
Read Description ▼
Sell One Of These Inquire About This

Alfredo Alcala was a Filipino comic book artist known for his illustration in "Alcala Komix Magazine" and also his 1963 creation "Voltar", which led him to more international popularity. In 1971 Alcala began to work for both DC and Marvel Comics on horror and fantasy titles. He was one of the artists on the licensed movie tie-in series Planet of the Apes. In the early 1980s he penciled the Star Wars newspaper strip and inked comic books such as Conan the Barbarian over John Buscema's pencils and inked Don Newton's pencil artwork in Batman.