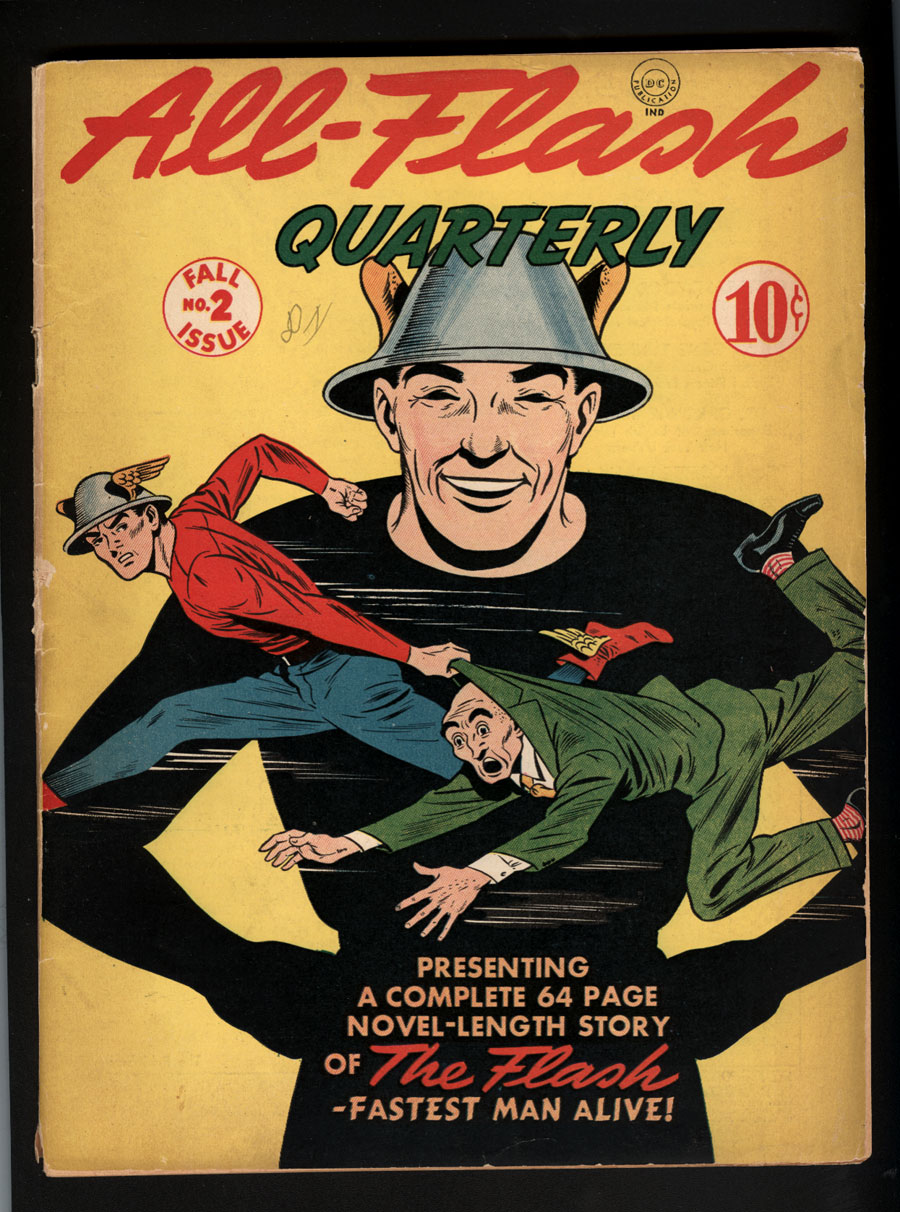 Watch
Flash origin recap (Fall 1941); Origin and 1st full app of The ThreatEager, charismatic, and all-American, the Flash embodied the unbreakable spirit of the U.S. of A. both just before and during the Second World War, and proved unsurprisingly popular with readers, earning him two self-titled solo books, a feat not even matched by Superman, Batman, or Wonder Woman, who had to make do with appearing in anthology books that were concocted before their first appearances. All-Flash was the book where fans could gorge on nothing but the scarlet speedster and his kinetic, optimistic adventures. Jay Garrick's personality and style solidified surprisingly quickly, unlike his DC counterparts who took a few months and a bunch of clumsy experimentation before fully hitting their stride. By this second issue of the run, all elements are firmly in place, especially E.E. Hibbard's clean, appealing art style, which looks strikingly modern to this day.