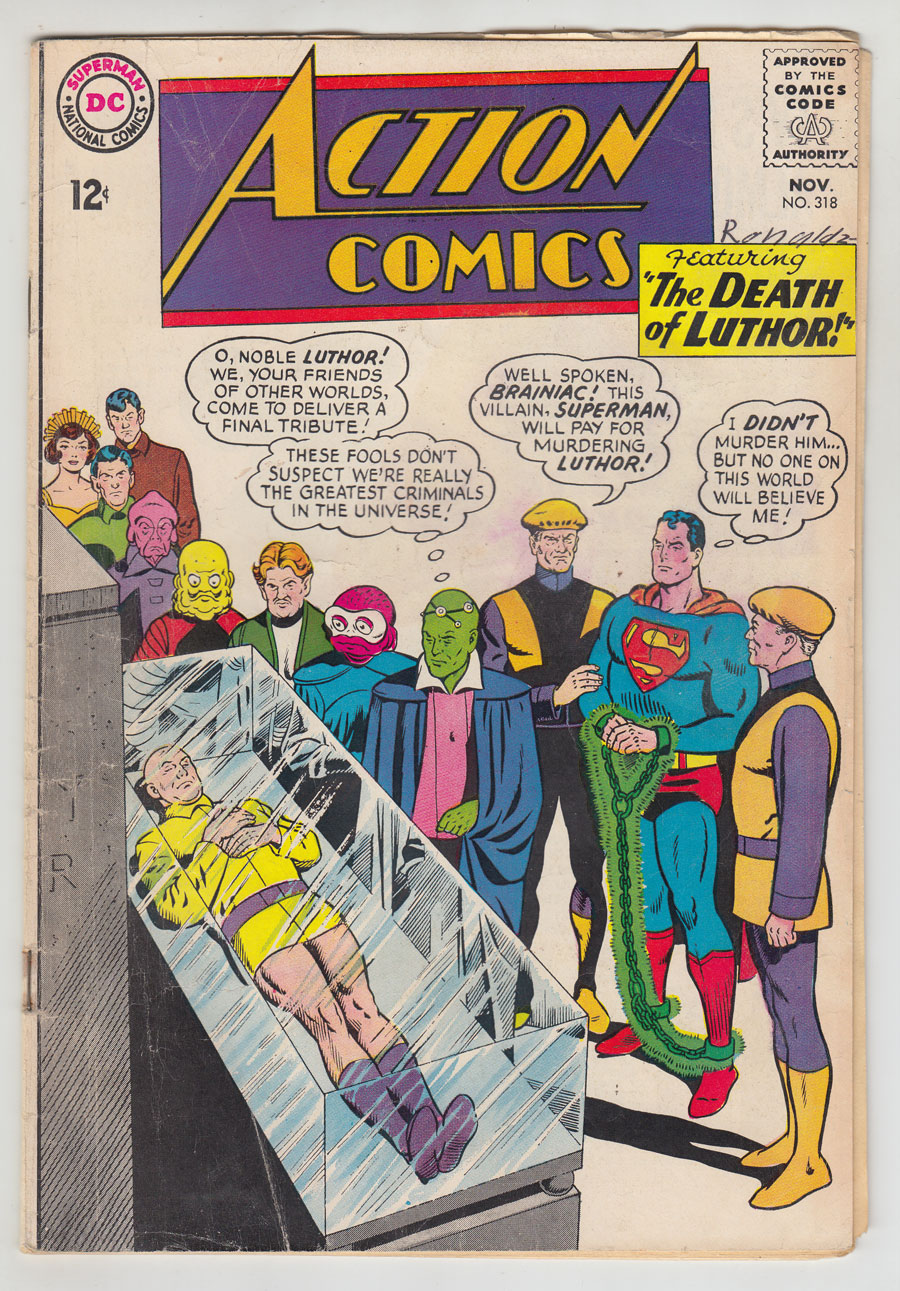 Watch
3 cfs dtchd
Curt Swan cvr/art; Death of LuthorCover pencils by Curt Swan, inks by George Klein. "The Death of Luthor!", script by Edmond Hamilton, pencils by Curt Swan, inks by George Klein; Luthor escapes from prison and flees to the planet Lexor, where he is considered a hero; Superman pursues him, but accidentally kills Luthor in a fight. One-page Super-Turtle story by Henry Boltinoff. Supergirl's Time Trips article. "Supergirl Goes to College!", script by Leo Dorfman, art by Jim Mooney; Linda graduates from high school and receives a scholarship to Stanhope College; She is asked to join the Alpha Lambda sorority.
Artist Information