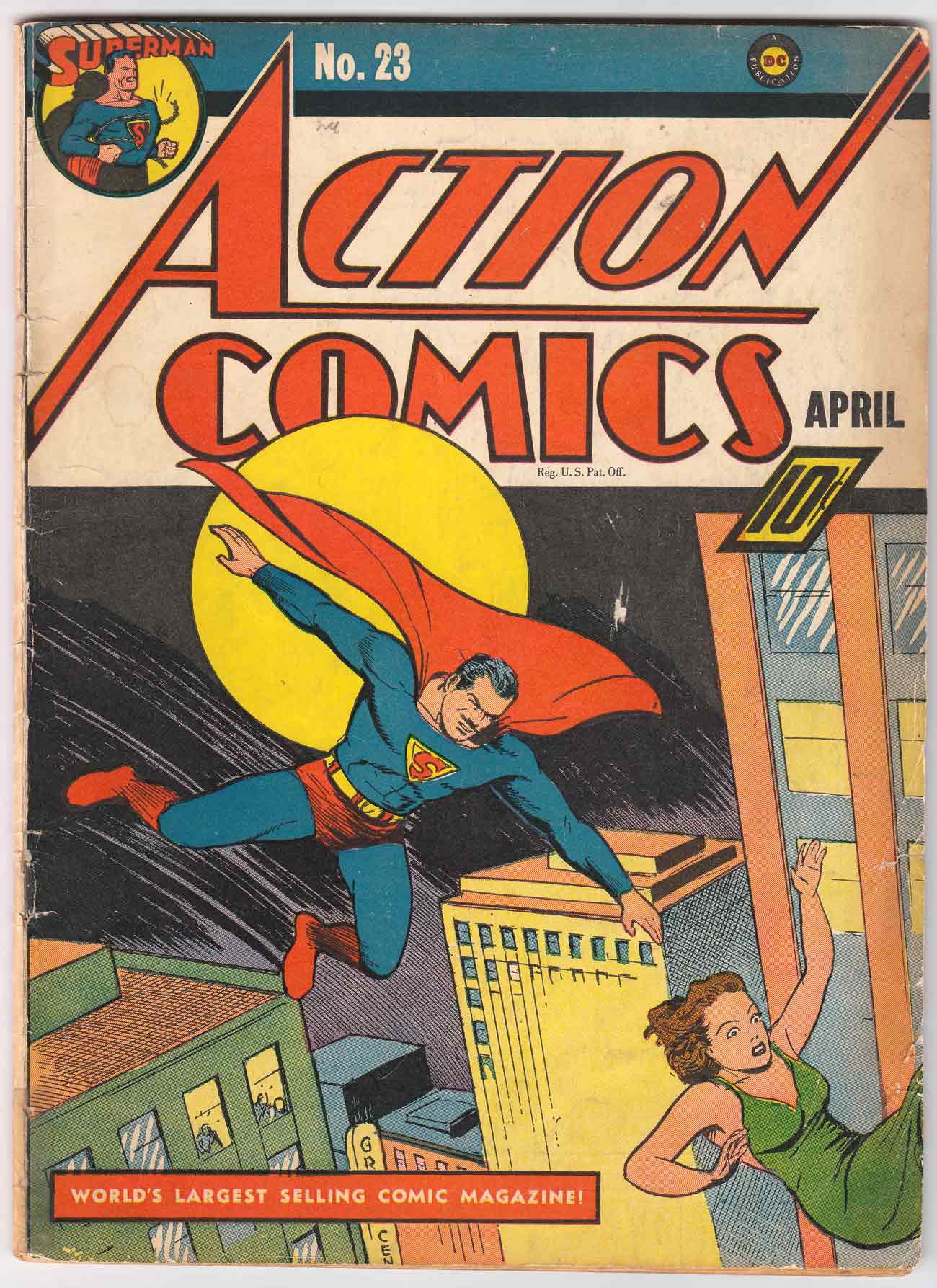 --
Accepting Offers
--
Offers
FYI there's no need to include decimal points(.).
Offer Confirmation
You are about to submit an offer of . If accepted, you are legally obligated to purchase the book. Are you sure you want to continue?
FYI there's no need to include decimal points(.).
Buy Confirmation
You are about to buy this item for , and will be legally obligated under the terms of our User Agreement to pay for it in a timely fashion. Continue?
PUBLISHER: DC
COMMENTS: coupon clipped/replaced with a xerox coupon bc
Joe Shuster cvr/art; 1st app. of Lex Luthor; 1st mention of Daily Planet
Read Description ▼
Sell One Of These Inquire About This

Watch
coupon clipped/replaced with a xerox coupon bc
Joe Shuster cvr/art; 1st app. of Lex Luthor; 1st mention of Daily PlanetJust as Sherlock had Moriarty, so does Superman have his Alexei "Lex" Luthor, the template for all super-nemeses to follow, and arguably one of the best-known literary creations of the 20th Century in his own right. Initially, a standard evil-genius-with-a-death-ray stereotype developed by Siegel and Shuster for one of the anti-war potboilers for which the series was first known, Luthor quickly gained a style all his own, with a subsequent fan following, and flourished into one of the all-time great baddies. This comic features the first appearance of the character and is among the rarest of Golden Age keys.