Metropolis Collectibles, the world's largest dealer in vintage comic books, recently engaged Micah Spivak, an expert in original comic art and related media. “My goal is to provide the best and most comprehensive service to my clients,” attested Vincent Zurzolo, COO. “I seek out and employ the most experienced and knowledgeable staff in every aspect of the comic art market. Micah is an excellent addition to the team.” 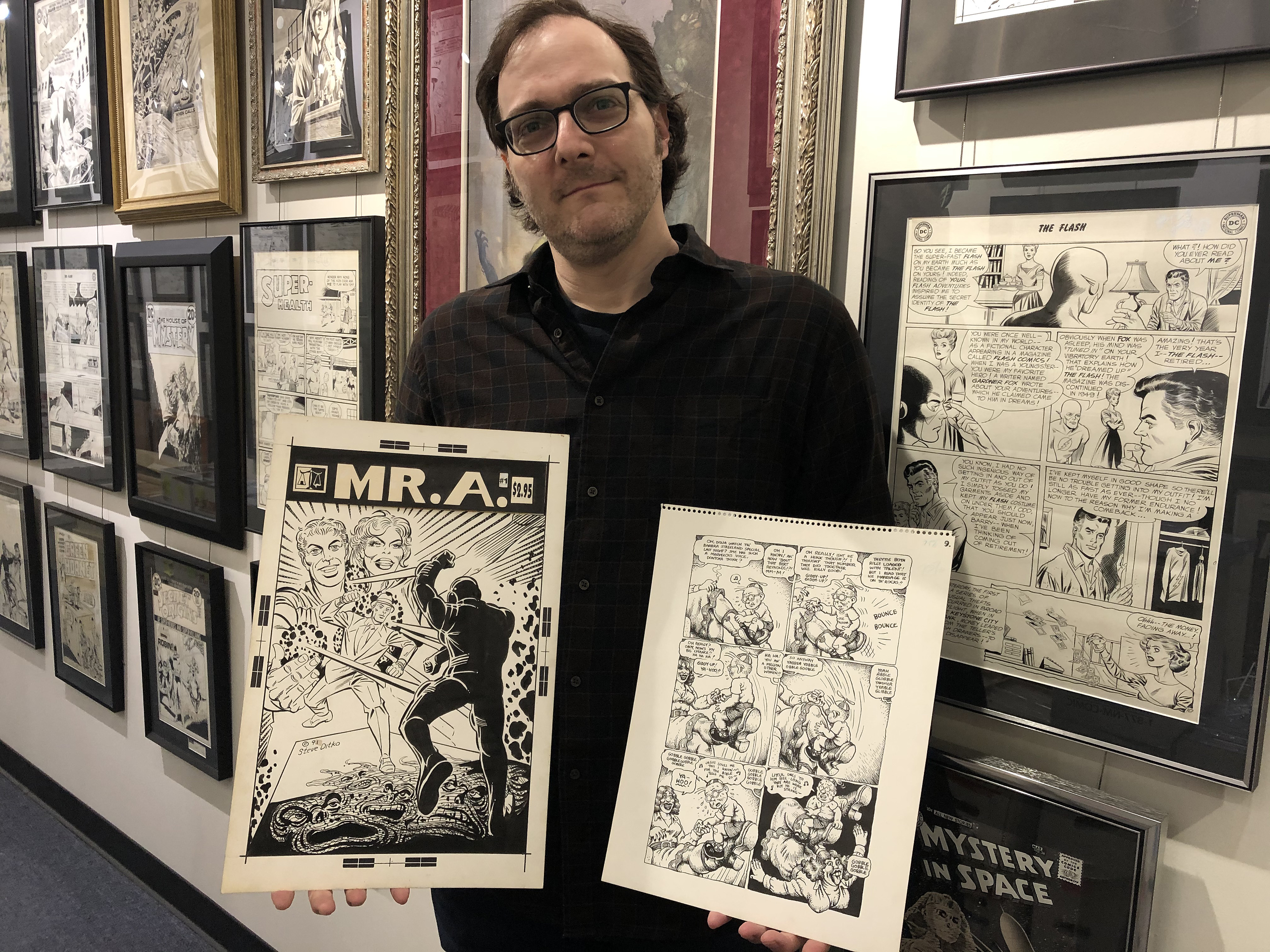 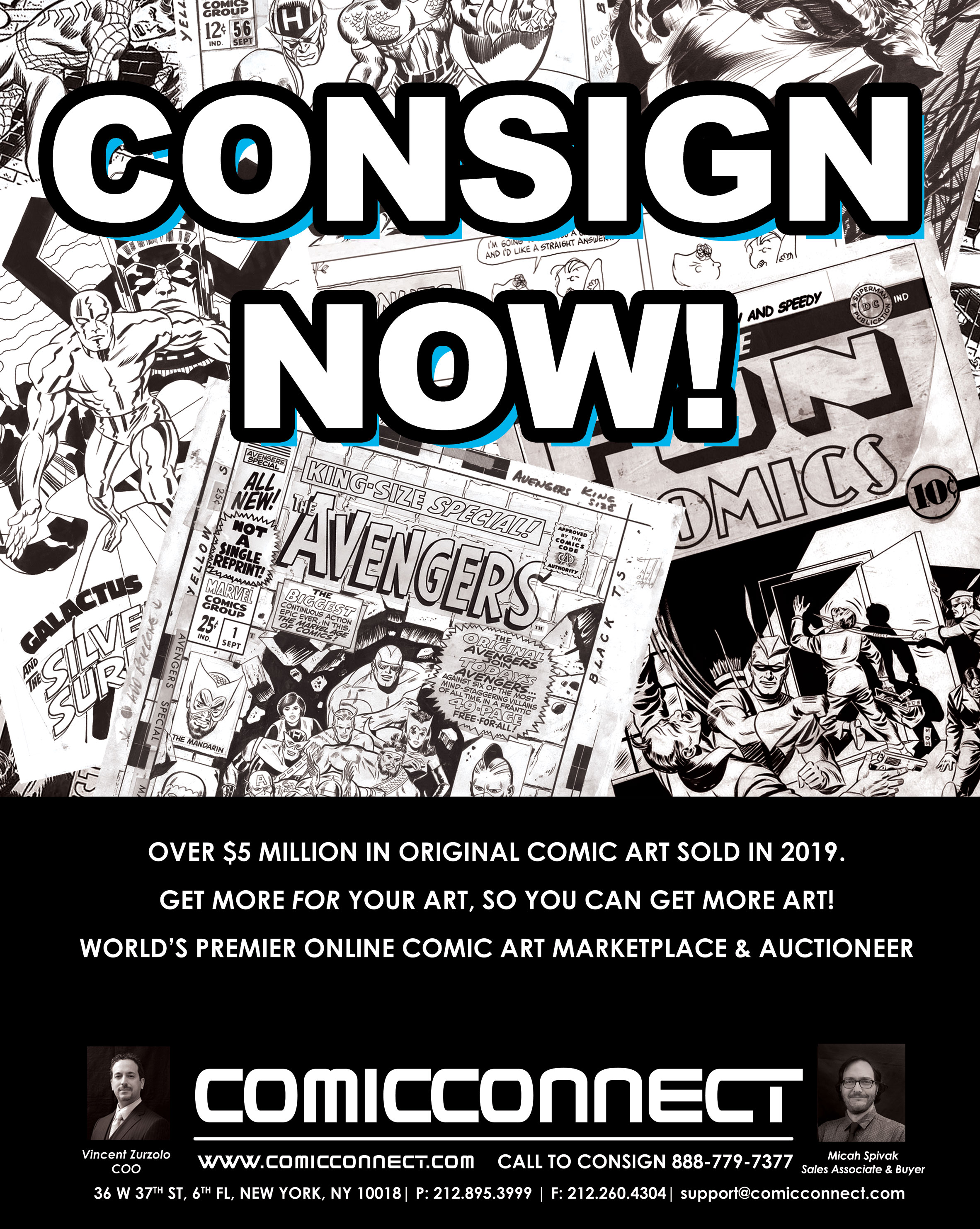 A long-time comic art collector and dealer, Spivak has fifteen years of professional experience in the sale of original comic art, well-practiced in all comic eras in the gallery, online, and at conventions. In his new position, he will administer art appraisals, consignments, and purchases, in addition to working directly with artists in curating their work in Metropolis Gallery exhibitions.

“I’ve read comics my whole life, starting with strip collections and the random comic book, from age eleven on there’s no time in my life in which comics didn’t play some part,” asserted Spivak. “I’ve been collecting for almost 30 years and have witnessed numerous shifts in the hobby, both in the values of art as well as the increased appreciation for the work. The growth has been wonderful to watch as I’ve always believed that the uniqueness and beauty of original art boards had been undervalued for years.”

Zurzolo added that Spivak brings with him a well-rounded knowledge of comics and their rich history, from the earliest newspaper strips to Modern Age titles, and is also well versed in Underground Comix and the New Wave of Alternative Comics. “The first comics I read were old Peanuts strips, and my appreciation for strip art has only grown, from George Herriman and Winsor McKay to Frank King, Cliff Sterrett, Roy Crane, and their contemporaries. Discovering superhero comics as a teen I was drawn to specific artists, starting with John Byrne then expanding into others like Frank Miller, Keith Giffen, Todd McFarlane, and Brian Bolland,” Spivak said.

“I’ve always had a keen awareness of comic history, so seeking out 40’s and 50’s DCs or Marvels from the 60s just made sense, but two things opened my eyes, Jim Steranko’s two volume History of Comics and the Smithsonian Book of Comic-Book Comics.” Steranko led me to Golden Age greats Mac Raboy, Jack Cole, and H.G. Peter among others, and the Smithsonian book was my first exposure to Carl Barks, John Stanley, Basil Wolverton, and the great stable of E.C. Comics artists, all of whom I hold in the highest regard. Seeking out vintage comics taught me what books are desirable as well as honed my ability to grade books accurately, both handy skills when evaluating collections, as a good number of collectors go after both comics and original art.”

Attending his first conventions in New York in the late 80s presented new collecting opportunities. Spivak continued, “I went from buying vintage back issues and hard-to-find books, to meeting artists for autographs, eventually leading to acquiring sketches and, inevitably, to collecting original published artwork. I studied comics at the School of Visual Arts with professionals ranging from Carmine Infantino, Klaus Janson, Denny O’Neill, and Joe Orlando. Learning about the rich history of comics from industry greats allowed me to appreciate the work that goes into crafting each page, which inspired me to collect original art. Being in New York in the early 1990s also guided me towards material that may be a little outside of the mainstream, from R. Crumb and the Zap gang, Rory Hayes, Denis Kitchen, and Justin Green to Art Spiegelman’s RAW and the revolution in Alternative Comics it sparked, leading to the Hernandez Brothers, Charles Burns, Gary Panter, Peter Bagge, Daniel Clowes, and Chris Ware.”

The exposure to these new and interesting avenues is what first led Spivak to get his feet wet selling. “When I began buying original pages it was mostly affordable pieces from artists that were relatively current, but I found that as time went on, and I began to have more interest in older artwork, I was motivated to upgrade pieces in my collection. It turned out that a lot of what I’d been buying had appreciated nicely so I decided to sell off a batch of art to reinvest in other pieces. This proved successful enough that it became a regular occurrence, introducing me to a whole other aspect of collecting.”

Spivak has established friendships and contacts in the comic art community, including collectors, investors, auctioneers, and many of the prominent dealers of comics and comic art. “One of the unplanned effects of being involved in collecting is getting to know other collectors and dealers, I’ve made lasting relationships with people from all over the world that I otherwise would never have met, which is something I’m grateful for.”

This devotion to original art gave him a chance to see what life was like on the other side of the table. Working in a gallery setting, while also gaining experience on the convention circuit, is something he hopes to continue for many years to come. “My first professional opportunity on the sales side of art came from prominent comic art dealer Scott Eder, when he expanded his art sales into a gallery in New York. Working with Scott, I was directly involved in the day-to-day running of the space, from coordinating with artists in choosing and pricing their work to helping guide customers to find the best piece just for them. The sales aspect is something I very much enjoy and as a collector, it’s satisfying to connect a client with something that brings them joy.”

“It’s my intention to blur the line in what has been seen almost exclusively as commercial art by representing and displaying original comic art as the fine art it is. This goal is just one of the motivations that attracted me to Metropolis Collectibles/ComicConnect as utilizing our gallery space to exhibit work and highlighting artists is crucial in moving comic art collecting forward.”

Zurzolo said Spivak employs his vast experience in the market, both as a collector and a dealer, to make buying and selling comic art as enjoyable and profitable a process as is possible for all parties involved. “I’m grateful to Vincent and Stephen for giving me this opportunity to thrive at this amazing company they’ve established as a leader in the industry, and I look forward to helping the team at Metropolis Collectibles and Metropolis Gallery expand to the best of my ability.”

Contact him at [email protected] or simply call him at 1-800-229-6387(METRO) for help with your investment collection.