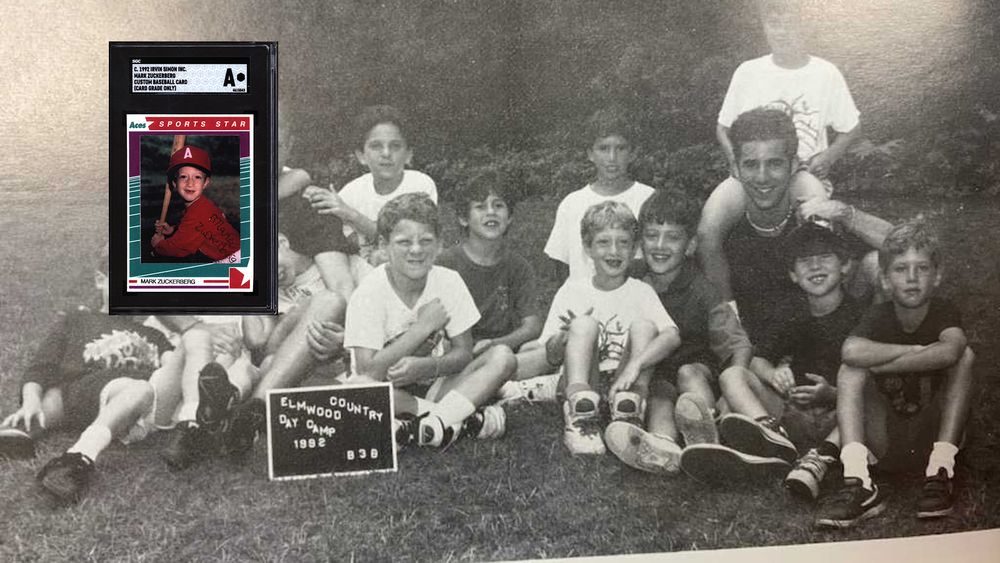 For more news on this auction, sign-up for updates via NFT.ComicConnect.com

The news is out — ComicConnect will be bringing a one-of-a-kind Mark Zuckerberg trading card to market!  As reported by the Associated Press, MLB, Fox News, TMZ, and even Zuckerberg himself, this unique item will be featured in an upcoming auction. As with all ComicConnect auctions, the starting price for this item will be $1.00, but from there, there's no telling where it'll end up!

For more news on this auction, sign-up for updates via NFT.ComicConnect.com

“Is it one-of-a-kind?  I believe so,” says ComicConnect CEO Stephen Fishler. “Is it valuable? Undeniably.” 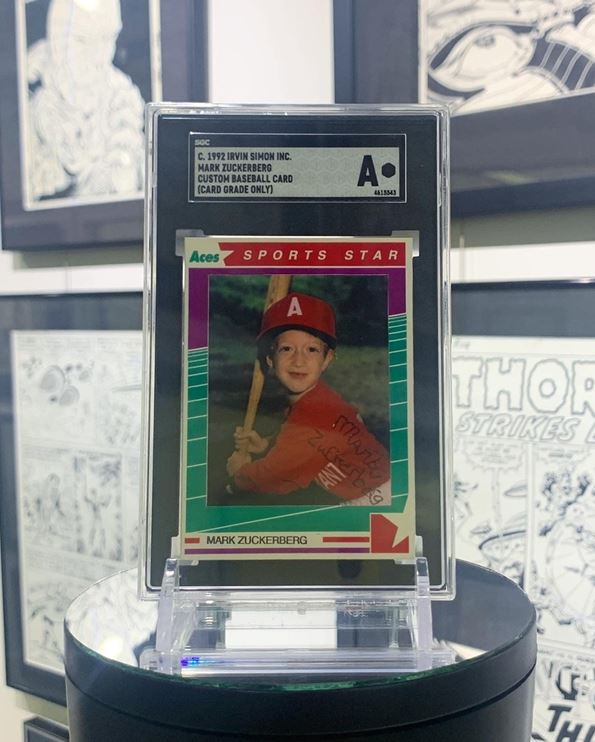 Mark had this card personally made in 1992 and gave it to his favorite camp counselor, Allie Tarantino. Tarantino accepted the gift and playfully asked the young Zuck to sign it, like a real baseball player. Zuckerberg enthusiastically agreed and now, 30 years later, the card has finally surfaced. In a world filled with high-value sports cards, this piece is truly one-of-a-kind!

“I’ve been telling this story for quite a while, about how I knew Mark as a camper, and it always astonishes people to see that this card actually exists," says Tarantino. "But I feel that my part of the story is over, so due to Mark’s prominence in the tech world, and the fact that he’s one of the most famous people on the planet, I figure now is a good time to sell this card and put it on market.”

The sale of this card will include documentation from multiple parties, including SGC, that authenticates the card’s manufacturing history, Mark Zuckerberg’s signature, and his attendance at Camp Elmwood. There will be an NFT of the card and all documentation made available as well. For more news on this auction, sign-up for updates via NFT.ComicConnect.com and stay tuned to Metropolis & ComicConnect's social media channels!

ComicConnect is currently accepting consignments for their next major auction. Contact them today to reserve space as it is on a first-come, first-served basis. Call toll-free 1.888.779.7377 or email us at [email protected]. Cash advances up to $5 million are available.