ComicConnect, the industry’s leading online auction house, brokered a world record sale of a copy of Detective Comics #27, featuring Batman’s first appearance. “At $850,000, this is the second highest price ever for a Detective #27,” Vincent Zurzolo, co-owner of ComicConnect noted “ and it also set a world record in the grade, CGC 6.0 Fine.” Zurzolo added, “While the comic is very rare and highly sought after, the price also reflects the vast influx of money flowing into collectibles markets across various categories.” Case in point: a 2009 Mike Trout rookie baseball card sold for $3.9 million in August, and an unopened box of 1999 Pokemon first edition trading cards sold for $375,000 in October.

He explained that in times of financial uncertainty, collectibles values increase, as interest turns to tangible investments. This certainly held true during the recession of 2009. Emerging from that period, Zurzolo’s team earned several Guinness World Records for highest comic sales—including two Action Comics #1 (Superman’s first appearance) for $1,000,000 and $1,500,000 and an Amazing Fantasy #15 (Spider-Man’s debut) for $1.1 million. 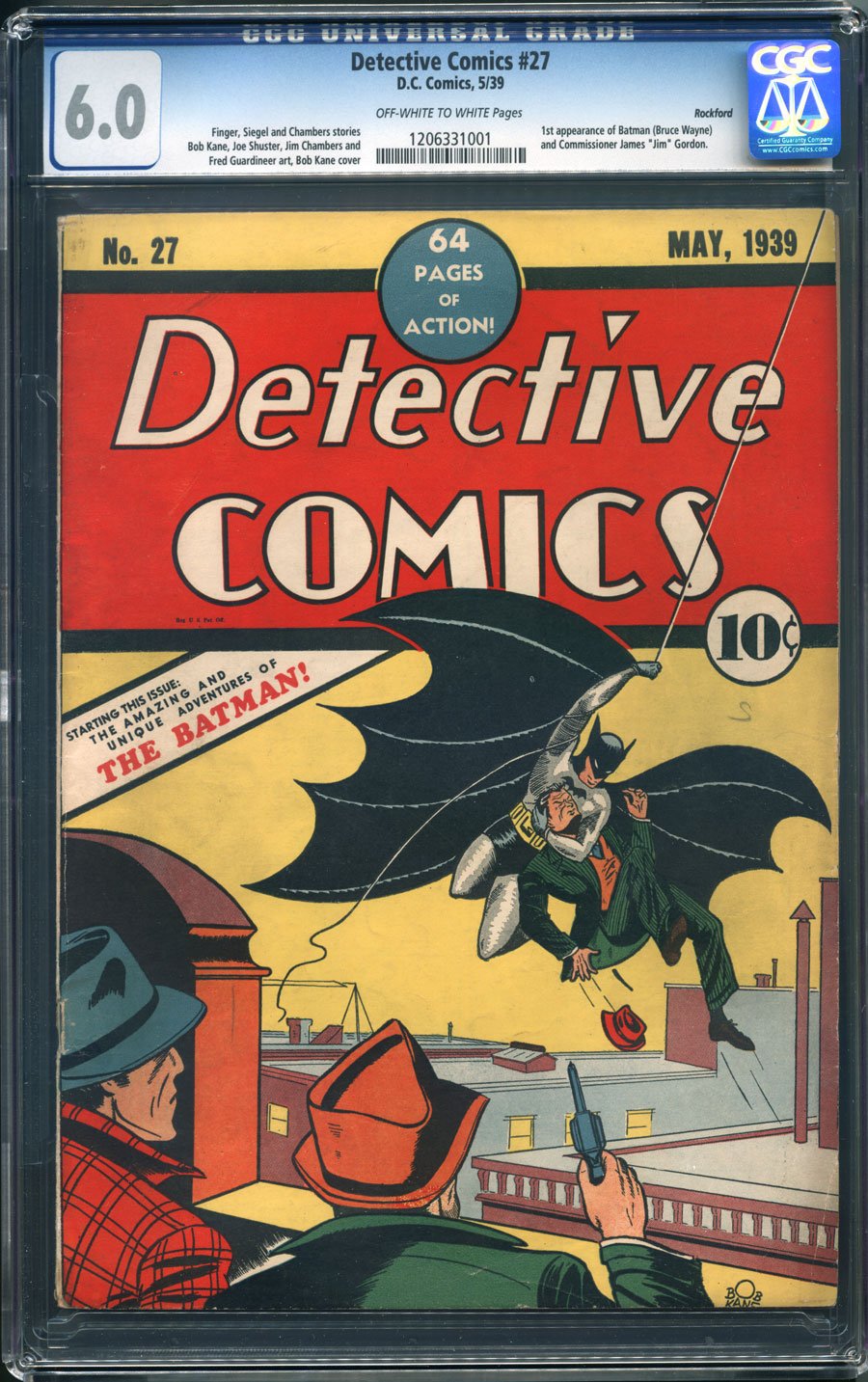 Detective Comics #27 ranks, with Action Comics #1, as the one of the world’s most coveted comics. The current world record sale is $3.21 million for a copy of 1938’s Action Comics #1, also by ComicConnect. Zurzolo said, “For comic book collectors and investors, this is a remarkable time. There’s every reason to believe that we’ll continue to see unprecedented activity in the comics and collectibles markets.”

The ComicConnect auction gallery is headquartered in the heart of Midtown Manhattan. Contact them at (888) 779-7377 or email [email protected] for assistance with your collection.