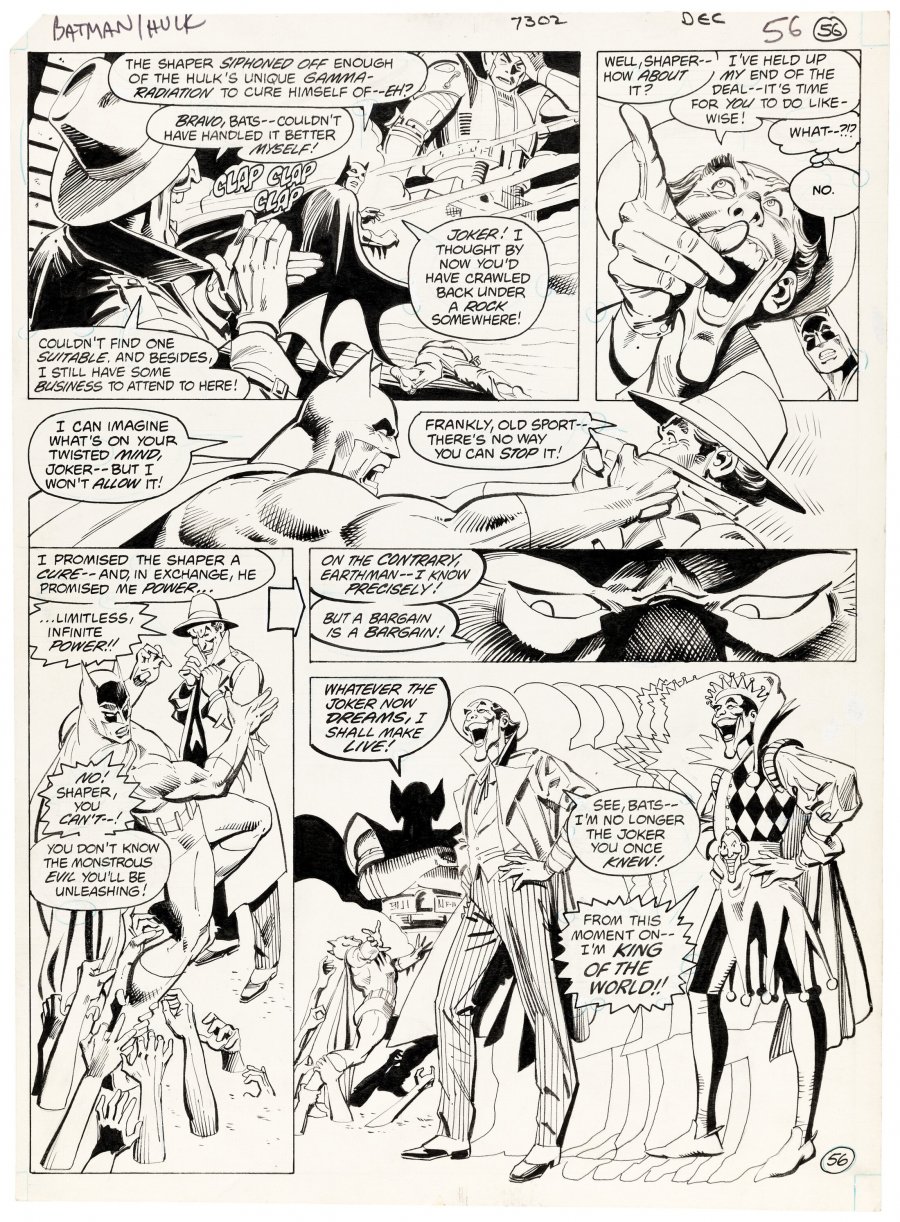 --
Accepting Offers
--
Offers
FYI there's no need to include decimal points(.).
Offer Confirmation
You are about to submit an offer of . If accepted, you are legally obligated to purchase the book. Are you sure you want to continue?
FYI there's no need to include decimal points(.).
Buy Confirmation
You are about to buy this item for , and will be legally obligated under the terms of our User Agreement to pay for it in a timely fashion. Continue?
PUBLISHER: DC
COMMENTS: Jose Luis Garcia-Lopez pencils/Dick Giordano inks; page 56; 1981; image size 11.5" x 10.5"
Classic Batman/Joker page from the Batman/Hulk crossover
Read Description ▼
Sell One Of These Inquire About This

Watch
Jose Luis Garcia-Lopez pencils/Dick Giordano inks; page 56; 1981; image size 11.5" x 10.5"
Classic Batman/Joker page from the Batman/Hulk crossoverSpectacular Batman/Joker page loaded with images of Batman and Joker. Did I mention it has Batman and The Joker? Art by Jose Garcia-Lopez (a still very undervalued artist) and uber inker Dick Giordano. Batman battles Marvel's cosmic Shaper of Worlds who has teamed up with The Joker (did I mention The Joker?). Pen and ink. Art is in excellent condition.
Artists Information

José Luis García-López is a Spanish-Argentine comics artist who works in the United States, particularly in a long-running relationship with DC Comics. In addition to his storytelling art, he has been responsible for producing the official reference art for characters in the DC Comics Style Guide, as used in licensed merchandise.