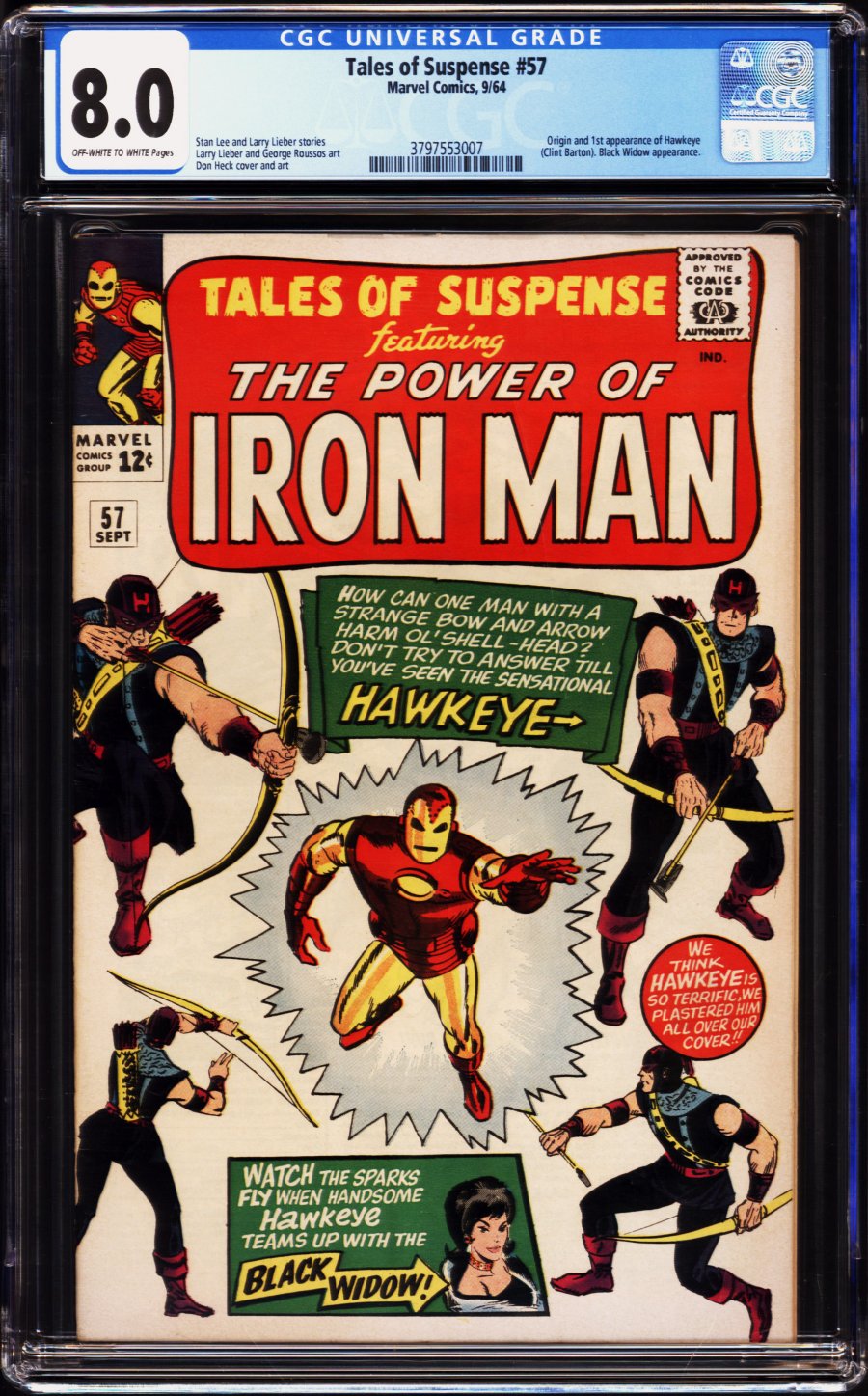 --
Accepting Offers
--
Offers
FYI there's no need to include decimal points(.).
Offer Confirmation
You are about to submit an offer of . If accepted, you are legally obligated to purchase the book. Are you sure you want to continue?
FYI there's no need to include decimal points(.).
Buy Confirmation
You are about to buy this item for , and will be legally obligated under the terms of our User Agreement to pay for it in a timely fashion. Continue?
PUBLISHER: Marvel
COMMENTS: ow/white pages
Don Heck cvr/art; origin & 1st app. of Hawkeye (Clint Barton) (9/64) Comic Book Impact rating of 8 (CBI)
Read Description ▼
Sell One Of These Inquire About This

Watch
ow/white pages
Don Heck cvr/art; origin & 1st app. of Hawkeye (Clint Barton) (9/64) Comic Book Impact rating of 8 (CBI)Avengers assemble! Featuring three of the MCU’s top super-team members, Tales of Suspense #57 not only showcases the talents of Iron Man but also introduces Hawkeye to the world while developing the character of Black Widow. Quite an impressive and important issue in the history of the publisher’s genealogy. In this issue, a marksman working at Coney Island is inspired by Iron Man’s intervention in an amusement park ride mishap and decides to develop his own uniform and arsenal of specialized arrows, and lo, Hawkeye is born. After some confusion while chasing down a criminal, Hawkeye is drawn under the spell of Black Widow and turned against Iron Man in a climactic battle at LaGuardia airport which leaves off in a cliffhanger. This is an important key that inducted a big-time player into Marvel mythology, those who have seen the post-credits sequence of “Black Widow” know this is an issue that will loom large in the MCU’s future story arc.