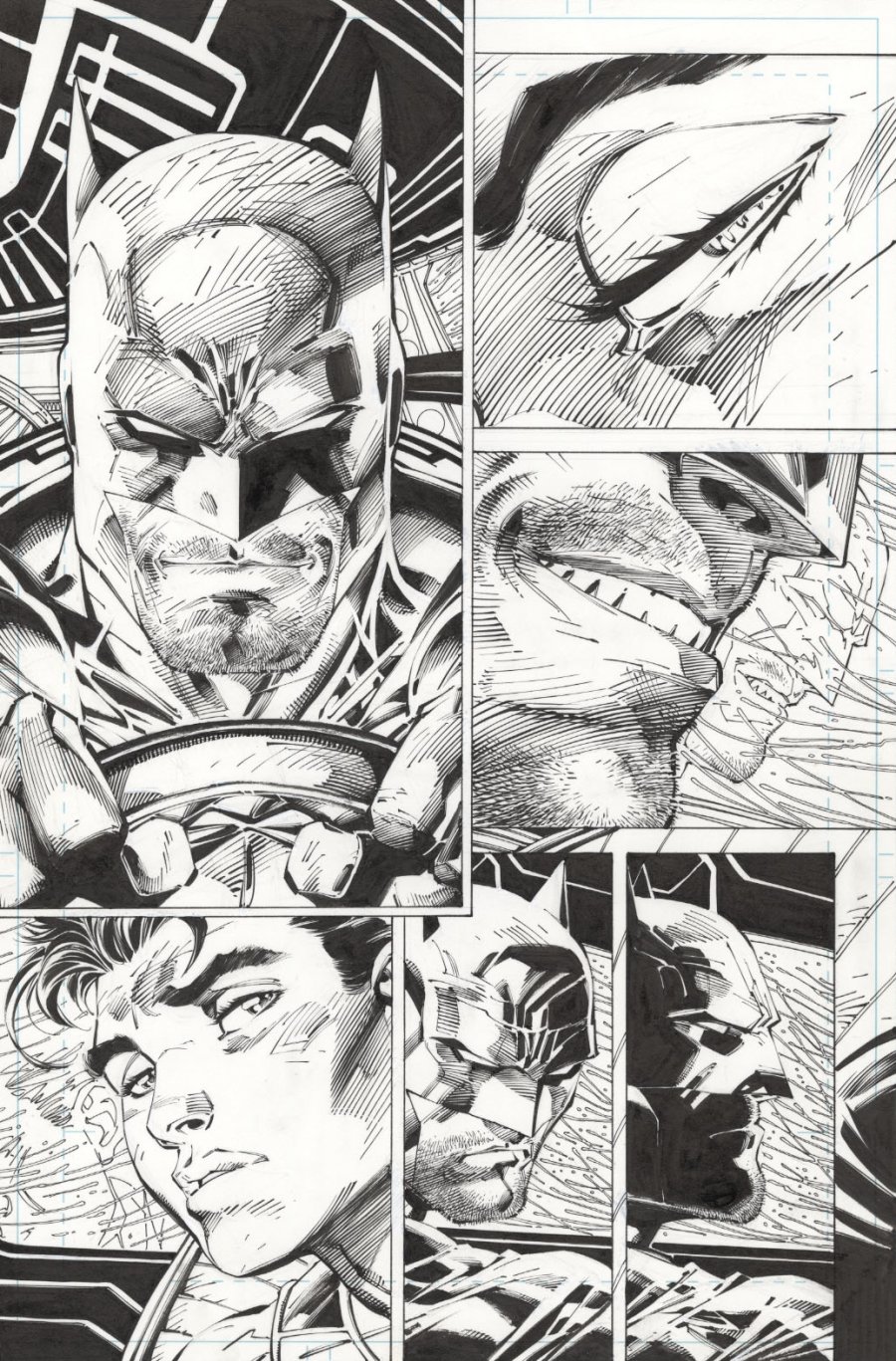 $3,000.00
Highest Offer
1
Offers
Offer Confirmation
You are about to submit an offer of . If accepted, you are legally obligated to purchase the book. Are you sure you want to continue?
Buy Confirmation
You are about to buy this item for , and will be legally obligated under the terms of our User Agreement to pay for it in a timely fashion. Continue?
PUBLISHER: DC
COMMENTS: Jim Lee pencils/Scott Williams inks; page 8; 2017; image size 10" x 15"
Read Description ▼
Sell One Of These Inquire About This

Watch
Jim Lee pencils/Scott Williams inks; page 8; 2017; image size 10" x 15"Batman and Dick Grayson in the Batmobile following the murder of Dick's parents, from Frank Miller and Jim Lee's maxi-series. The page immediately following this one is where Batman utters one of the most famous lines in modern comics, "Who the hell do you think I am? I'm the goddamn Batman". Cementing the series as a modern classic.This page also features beautiful drawings of Batman and Dick by Lee and Williams, one of the most instantly recognizable artistic pairs in comics history. Pen and ink. Art is in excellent condition. Signed by Lee and Williams.
Artist Information

Comic book illustrator Jim Lee is the editorial director of WildStorm Studios (which he founded in 1992) and the artist for many of DC Comics' bestselling comic book and graphic novels, including All Star Batman and Robin, Batman: Hush, and Superman: For Tomorrow. Prior to DC, he was one of the founding fathers of Image Comics and best known for his run on the X-Men for Marvel Comics during which he co-created such characters as Gambit and Agent Zero.