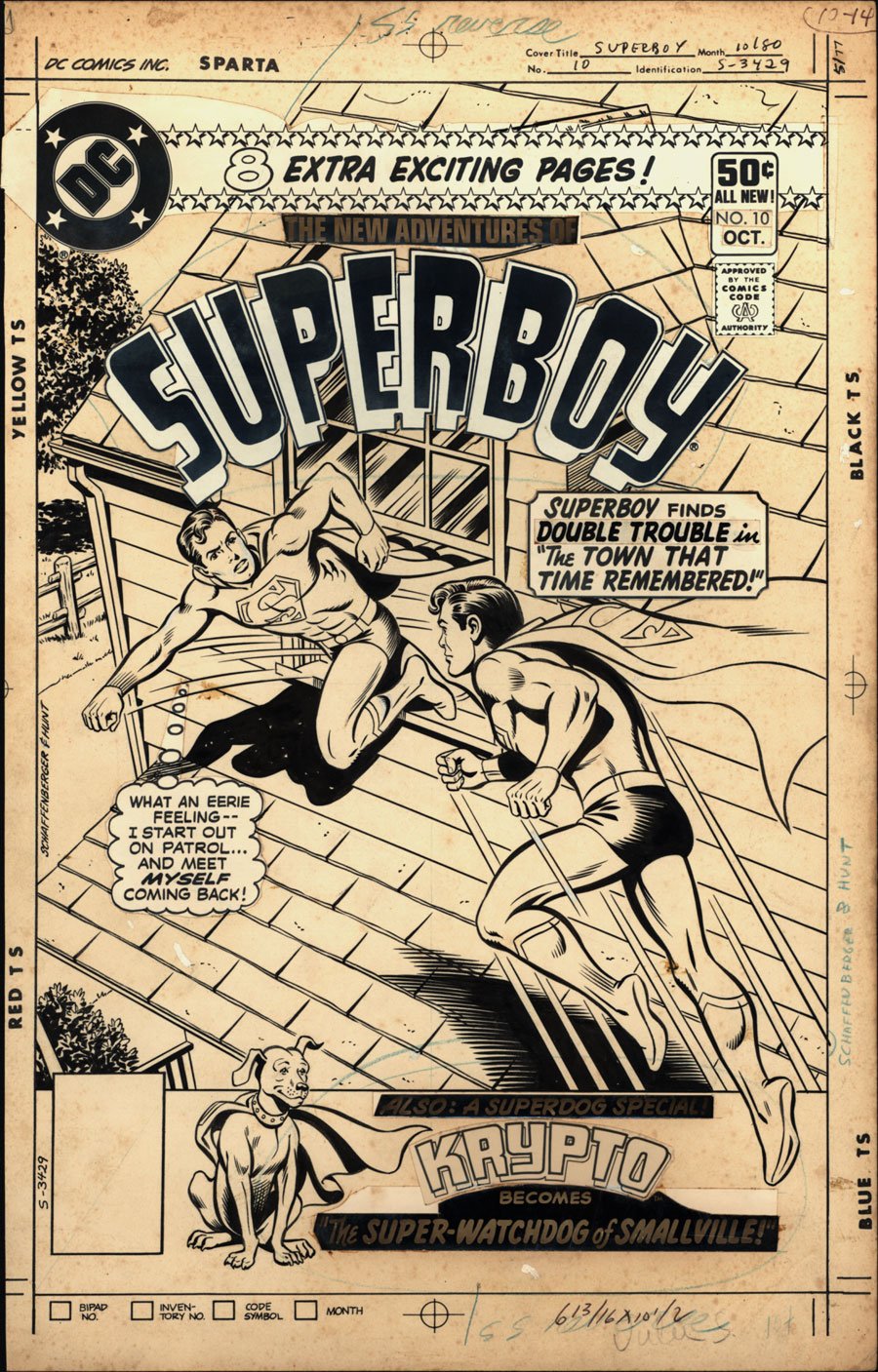 Watch
Kurt Schaffenberger pencils/Dave Hunt inks; cover; 1980; image size 10" x 15"Superboy meets Superboy in this great cover by long time Superman Family artist Schaffenberger with slick inks by Hunt. A beautiful, classic Superboy scenario made even better by the Krypto cameo along the bottom! Pen and ink. Art is in very good condition, the page has yellowed some with age. Signed by Schaffenberger and Hunt.
Artists Information

Dave Hunt was an American comic book artist and fine art painter. Most active during the "Bronze Age" of American comics, he did inking for both DC and Marvel comics and Disney's comics. He was also an accomplished hyperrealist painter. Some of the titles he worked on were, Spider-Man, Captain America and the Fantastic Four.