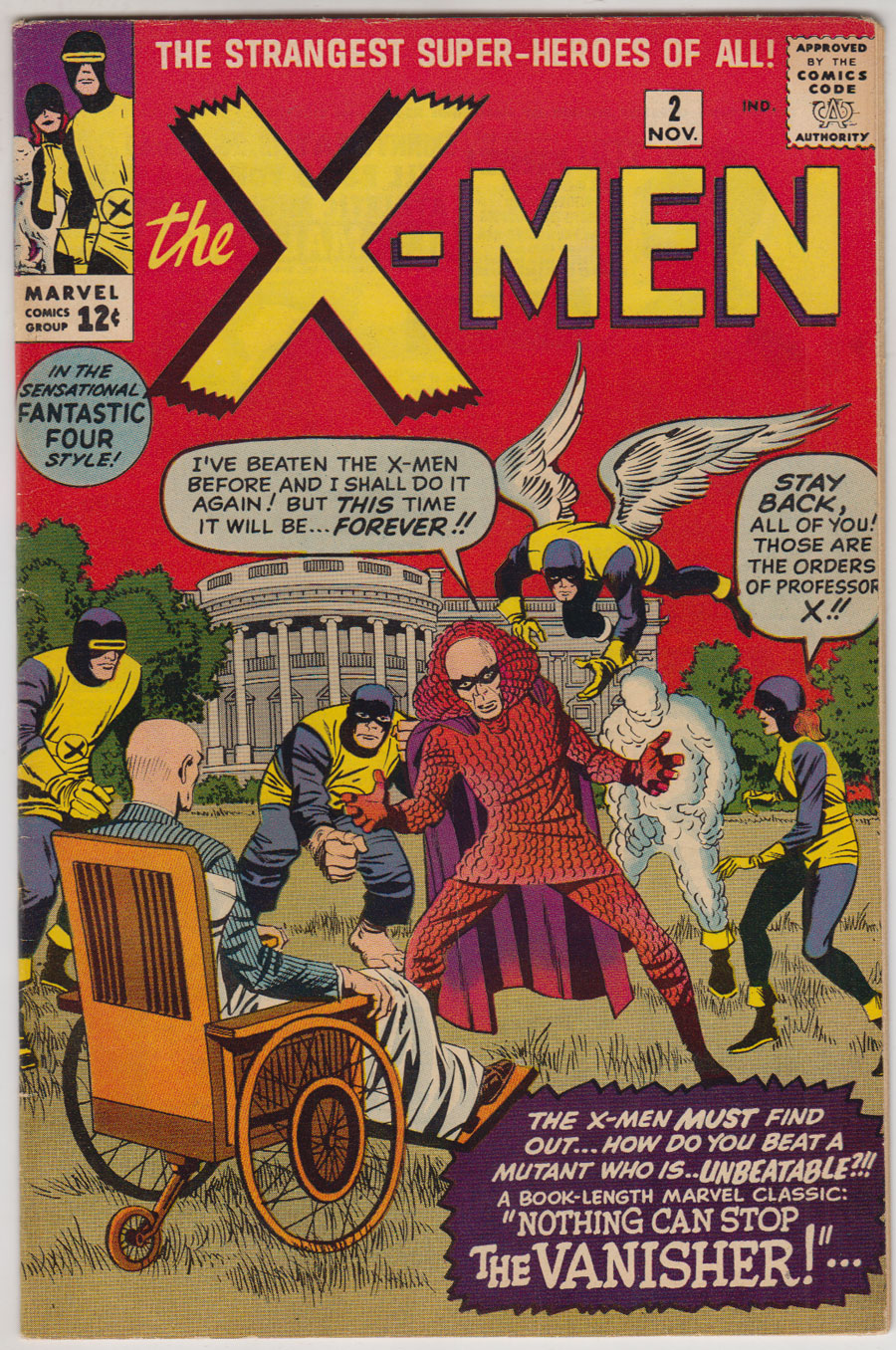 --
Accepting Offers
--
Offers
Offer Confirmation
You are about to submit an offer of . If accepted, you are legally obligated to purchase the book. Are you sure you want to continue?
Buy Confirmation
You are about to buy this item for , and will be legally obligated under the terms of our User Agreement to pay for it in a timely fashion. Continue?
PUBLISHER: Marvel
COMMENTS: ow/white pgs
Kirby cvr/art; 1st app. The Vanisher
Read Description ▼
Sell One Of These Inquire About This

Watch
ow/white pgs
Kirby cvr/art; 1st app. The VanisherStill trying to find the feel and style of the series, in this issue, Lee and Kirby introduce a traditional villain, The Vanisher, meant to plague our teenaged heroes by teleporting and transporting himself with his mutant powers, eventually developing a scheme whereby he holds national secrets hostage, demanding millions of dollars from the US government in an exciting standoff on the lawn of the White House. The use of the mutant hero/villain motif eventually became the backbone of much of the Marvel line, but this charming and telling early issue shows the foundations still being laid for hero greatness to come.
Artist Information