--
Accepting Offers
--
Offers
OFFER:
Offer Confirmation
You are about to submit an offer of . If accepted, you are legally obligated to purchase the book. Are you sure you want to continue?
PUBLISHER: DC
COMMENTS: crm/ow pgs
1st appearance of the Justice League of America, Starro, and Snapper Carr (2-3/60)
Read Description ▼
Sell One Of These Inquire About This

DESCRIPTION
Share This:
crm/ow pgs
1st appearance of the Justice League of America, Starro, and Snapper Carr (2-3/60)In the Golden Age of comics, National Periodicals (later to become DC) stuffed their most popular characters into a team title, All Star Comics. Not long after the debut of the Justice Society, however, DC editors crafted new material for All Star, with each hero having a solo chapter adding up to a major storyline. When Julius Schwartz struck pay-dirt with the Silver Age hero revival, he tasked Gardner Fox with revamping the Justice Society concept in the serial title The Brave and the Bold, and the result was this instant smash hit, which gathered all the major revival heroes into one fantastic title, finally dispensing the anthology format of All Star in favor of a streamlined action comic full of pop and power. Readers responded enthusiastically to this debut performance, leading to a great scarcity of this issue in higher grades.

Inside this issue's pages appears the tale of the JLA's battle against the vaguely Lovecraftian Starro the Conqueror and his minions. The nascent superhero team defeat the creature employing a combination of their wits and a lot of quicklime. This issue, notably, also contains the first appearance of the League's Secret Sanctuary, which sits inside a cavernous mountain. The book represents a real milestone in comics history, one that has only increased in value to collectors with the recent frenzy of DC superhero movie announcements, culminating in a 2017's "Justice League" big-screen extravaganza! 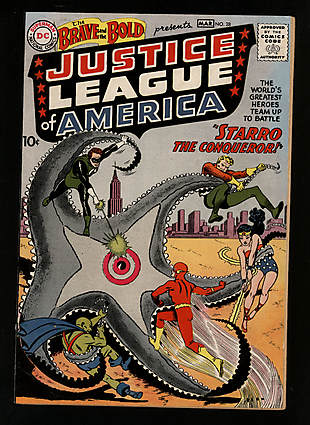 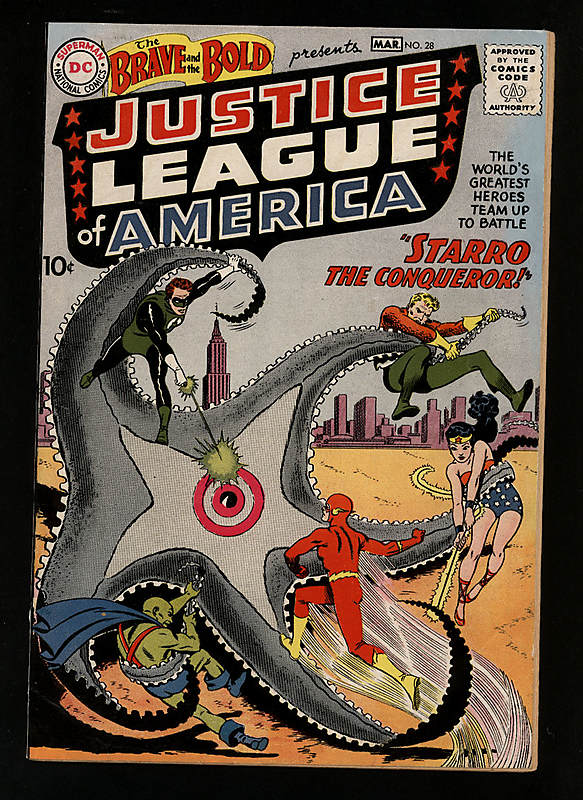 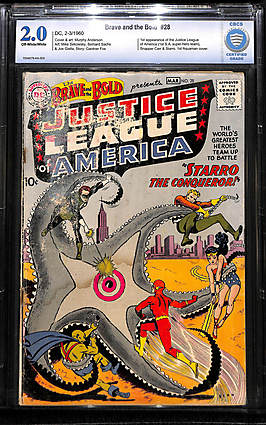 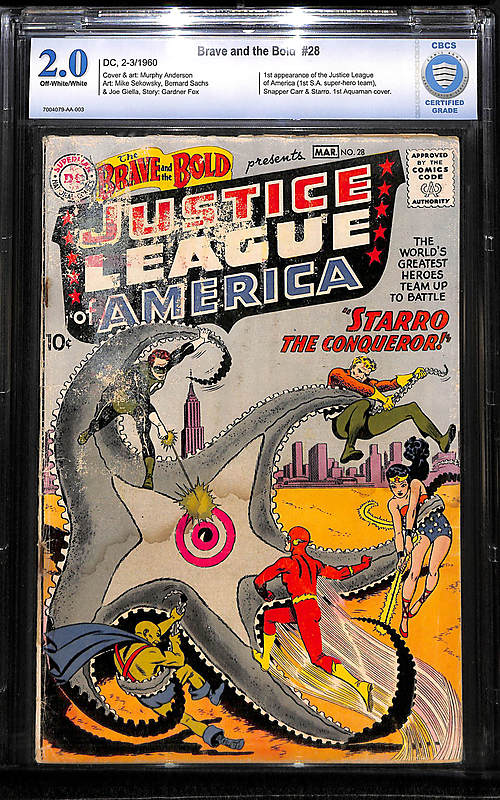 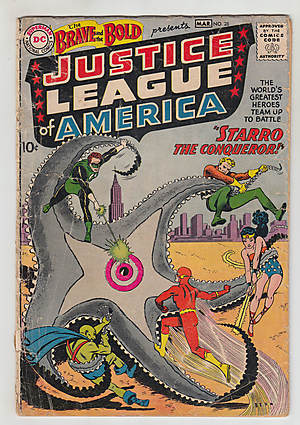 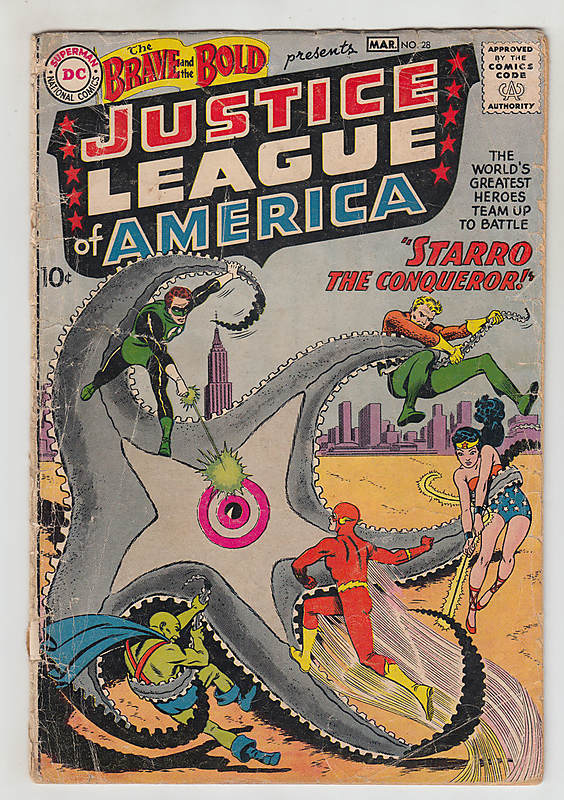 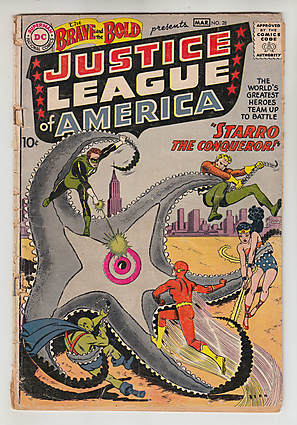 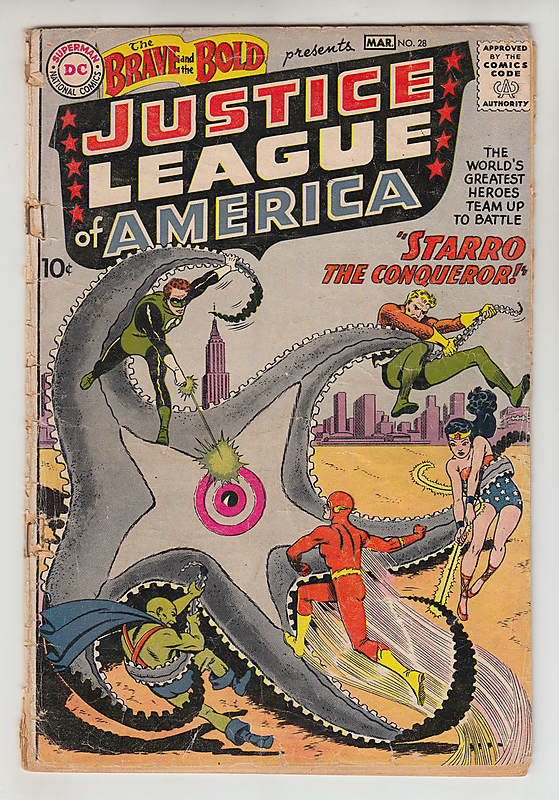