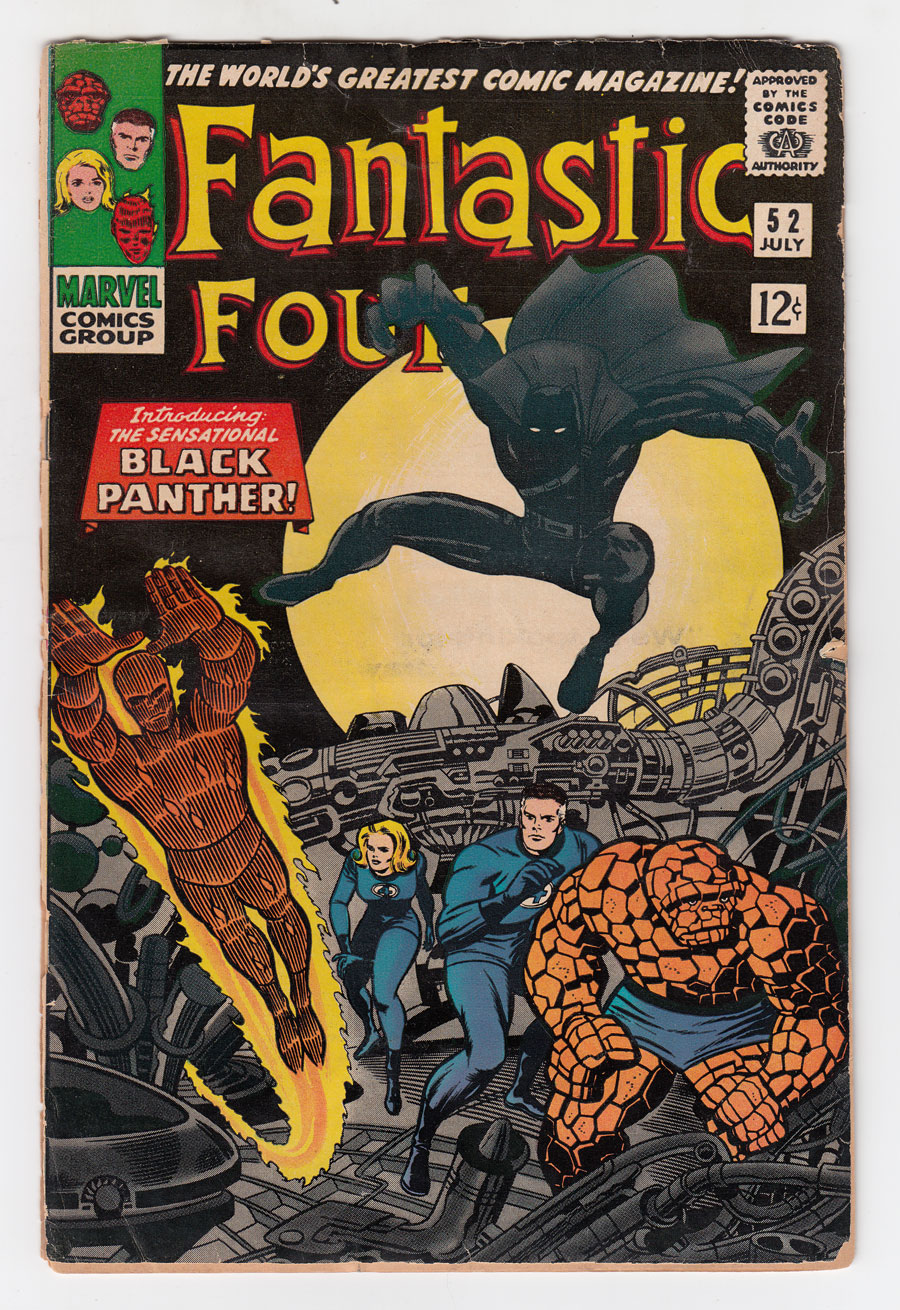 --
Accepting Offers
--
Offers
Offer Confirmation
You are about to submit an offer of . If accepted, you are legally obligated to purchase the book. Are you sure you want to continue?
Buy Confirmation
You are about to buy this item for , and will be legally obligated under the terms of our User Agreement to pay for it in a timely fashion. Continue?
PUBLISHER: Marvel
COMMENTS: great eye appeal but front and back are split
Jack Kirby cover/art; 1st app. Black Panther; Inhumans app. (7/66)
Read Description ▼
Sell One Of These Inquire About This

Watch
great eye appeal but front and back are split
Jack Kirby cover/art; 1st app. Black Panther; Inhumans app. (7/66)Stan Lee kept his fingers on the pulse of the streets during the turbulence of 1960's America as he masterfully addressed topics of popular concern in the comics he created. In an inspired move, Lee and Jack Kirby brought Marvel's very first black superhero to life, T'Challa, the Black Panther. To say that this was history in the making would be an understatement. Considering the unbridled success of the character's silver screen career, this comic, the Black Panther's very first appearance, is sure to be a prime focus of collectors. The response to Black Panther's entry into the MCU's film roster has prompted a spike in sales of Panther titles. With first appearances being the most valuable, this comic has seen a meteoric rise in value over the last few years.
Artists Information