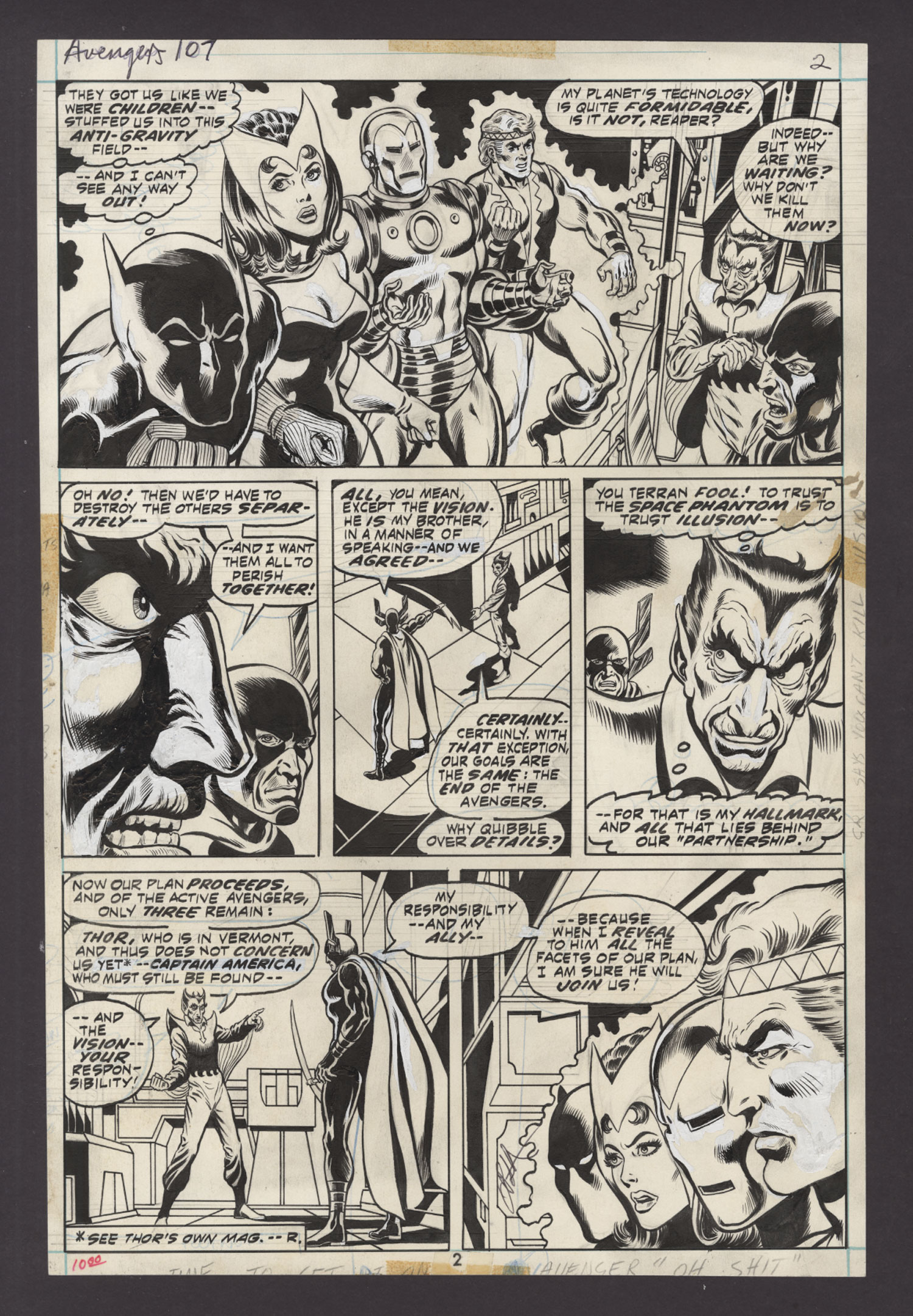 --
Accepting Offers
--
Offers
Offer Confirmation
You are about to submit an offer of . If accepted, you are legally obligated to purchase the book. Are you sure you want to continue?
Buy Confirmation
You are about to buy this item for , and will be legally obligated under the terms of our User Agreement to pay for it in a timely fashion. Continue?
PUBLISHER: Marvel
COMMENTS: pg. 2. by Jim Starlin & Dave Cockrum. Features Black Panther, Iron Man, Scarlet Witch and Hawkeye caught in an anti-gravity field. 11" x 17"
Marvel Japan Collection
Read Description ▼
Sell One Of These Inquire About This

Watch
pg. 2. by Jim Starlin & Dave Cockrum. Features Black Panther, Iron Man, Scarlet Witch and Hawkeye caught in an anti-gravity field. 11" x 17"
Marvel Japan CollectionIssue #107 of the Avengers is titled "The Master Plan of the Space Phantom" and on this compelling Jim Starlin page the titular villain plots the fate of four captive Avengers with fellow baddie the Grim Reaper. As the Scarlet Witch, Black Panther, Iron Man and Hawkeye stand there helplessly the duo of villains get to chew the scenery, and chew they do, engaging in the sort of banter that only exists in the pages of comics like this one.

Jim Starlin's pencils and Dave Cockrum's inks tell the story with the practiced ease of two veteran talents who are fully in control of their medium, employing dramatic angles and detailed close-ups these two masters of comic art work in unison to create a wonderful page, stuffed with popular heroes, that is guaranteed to be a popular piece of comic art for all those Earth's Mightiest Heroes fans out there.