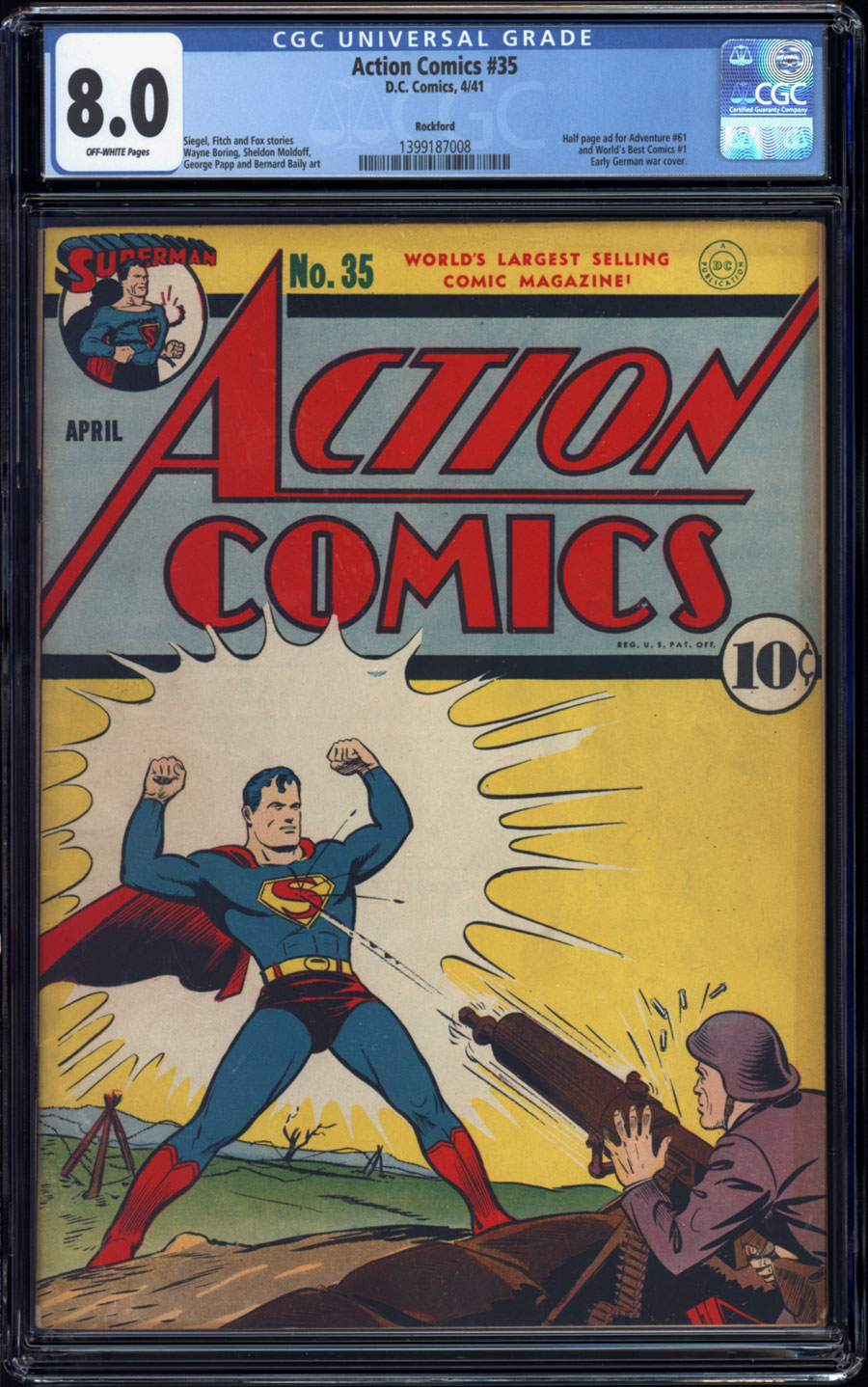 Watch
off white pgs
Baily art; classic early German WWII cover (4/41)
Rockford CopyThe post-Pearl Harbor environment of wartime patriotism and bravado in the face of danger seems ever more stark when compared to the sharply bifurcated attitudes toward war and warriors in the late 1930s through early 1941. Where publishers and artists would churn out endless tales of Axis-punching derring-do once America's involvement in the all-encompassing conflict was assured, much of the storytelling leading up to the war was more ambivalent, or downright hostile to the powers that be. Unsurprising from a generation raised on the aftermath of the Great War and the crushing poverty of the Depression, it's still startling today. Even on cover imagery such as this, the mood is less one of jocular rabble rousing and more the melancholy, disgusted anger of scarred youth fighting the inevitable. Much of Siegel and Shuster's pre-WWII Superman material trods this fine line, and this arresting cover stands in mute contrast to the barrel-chested nature of Fred Ray's later iconic Super-imagery. Collectors treasure these early Superman covers, and with good reason, as the war effort would also later consume many of these popular comics in periodic paper drives, or care packages overseas to distraction-starved troops.
Artists Information