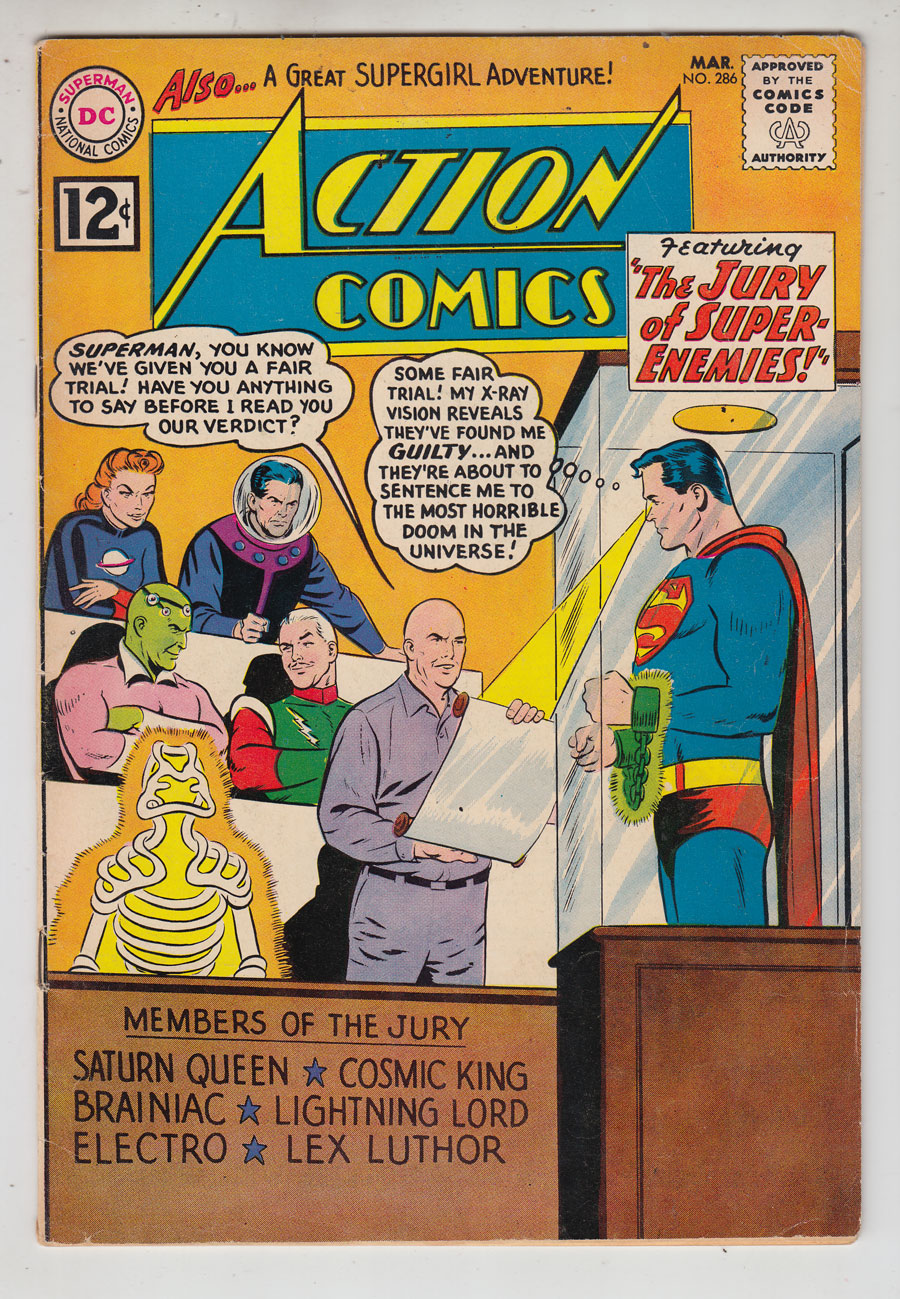 Watch
ow pgs
Legion of Super-Villains; bondage cover (3/62)Cover pencils by Curt Swan, inks by Sheldon Moldoff. "The Jury of Super-Enemies!", script by Robert Bernstein, pencils by Curt Swan, inks by George Klein; Rava and his alien henchmen expose Superman to red kryptonite that will cause him to have nightmares. Justice League of America ad. Aquaman ad. "The Death of Luthor!", script by Jerry Siegel, art by Jim Mooney and Curt Swan (Luthor's head, page 4, panel 4); Luthor is accidentally killed during a battle with Supergirl, and she travels to Atlantis and into outer space to find a way to restore him to life.
Artists Information