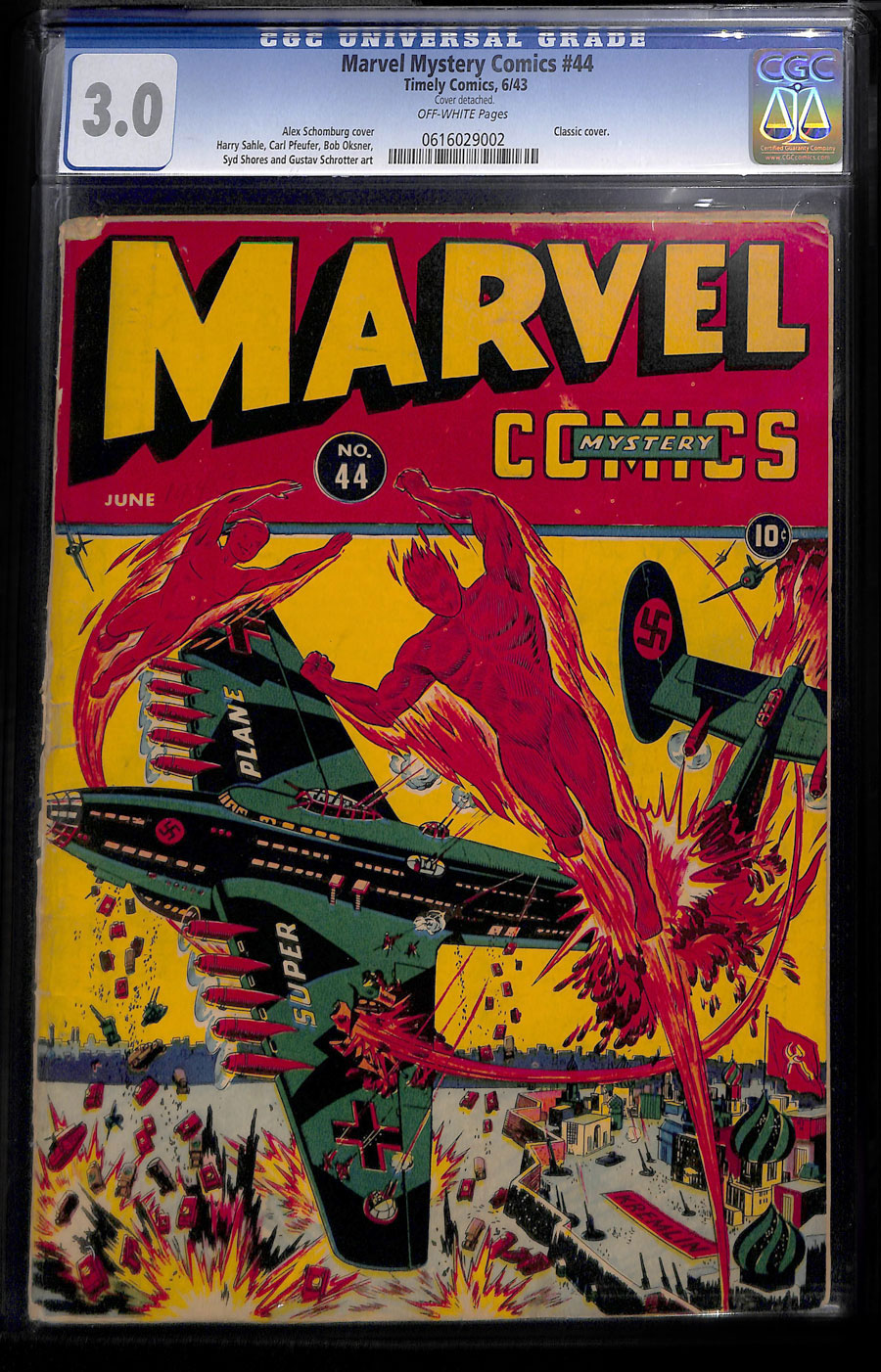 Watch
off white pgs; cover detached
classic Schomburg WWII Superplane coverMarvel Mystery was typical of the Golden Age of comics in many ways, anthology style, with thrilling WWII cover art, drawn by Alex Schomburg, whose genius seemed to grace every other title of the era, and the recurring star character that would feature in the lead story. The Human Torch was often seen zooming into action on many a cover of the classic title, along with mainstays Sub-Mariner and Angel, this book also contains a GA Vision story, who would go on to inspire the Avenger character in the Silver Age.

Known for his dizzying, bustling war covers, bondage covers and airbrush Sci-Fi covers! Truly one of the most highly collected artists of the Golden Age. Alex Schomburg was born on May 10, 1905, in Aguadilla, Puerto Rico, Schomburg freelanced primarily for Timely Comics, the 1940s forerunner of Marvel, displaying his talent for action tableaux in covers featuring Captain America, the Sub-Mariner, the Human Torch, and other superheroes. He also provided covers for Pines Publications, for titles including Exciting Comics and America's Best Comics, featuring such superheroes as the Black Terror and the Fighting Yank, as well as for Harvey Comics. Stan Lee said the following about Schomburg "I've always felt that Alex Schomburg was to comic books what Norman Rockwell was to The Saturday Evening Post. He was totally unique, with an amazing distinctive style. You could never mistake a Schomburg cover for any other artist's. ... I remember hearing Timely Comics publisher Martin Goodman tell me time and again how great a cover illustrator Alex was, and how he wished we had more like him. Despite the quantity of work we gave him, despite the care and effort that went into every Schomburg cover, I cannot remember Alex ever being late with any illustration."