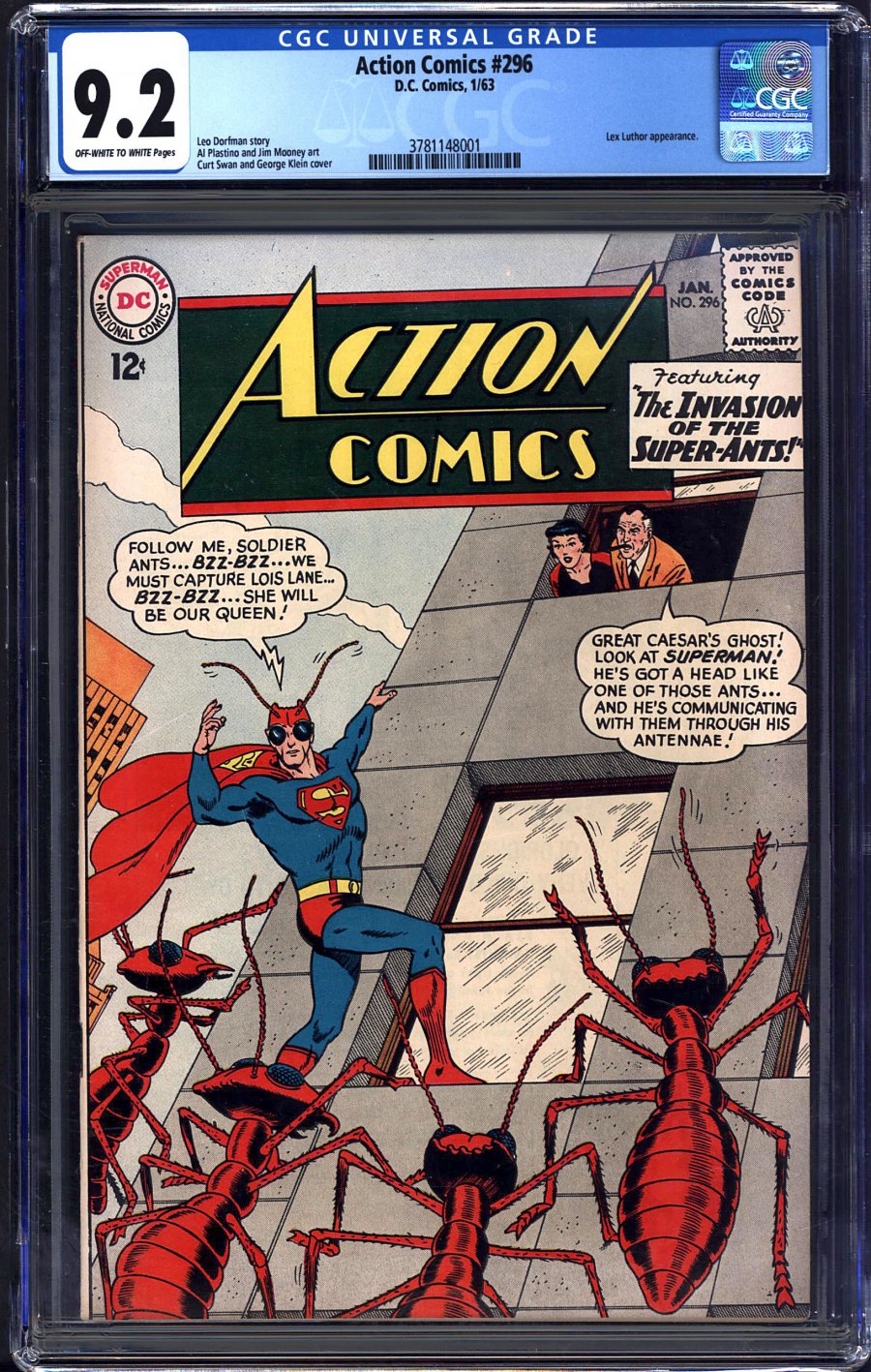 Watch
ow/w pgs
giant insect cover
Pennsylvania Dutch CopyCover pencils by Curt Swan, inks by George Klein. "The Invasion of the Super-Ants!", art by Al Plastino; When giant ants invade Metropolis, Superman uses Red Kryptonite to alter his head to resemble an ant's, so that he can communicate with the ants, who have kidnapped Lois Lane. One-page Cora the Car Hop story by Henry Boltinoff. Supermen of America ad. Superman ad. Batman and Robin ad. "The Girl Who Was Supergirl's Double!", script by Leo Dorfman, art by Jim Mooney; A series of coincidental events lead Dick to believe that Lena is really Supergirl, and he begins to pay her extra attention, which makes Linda jealous.
Artists Information