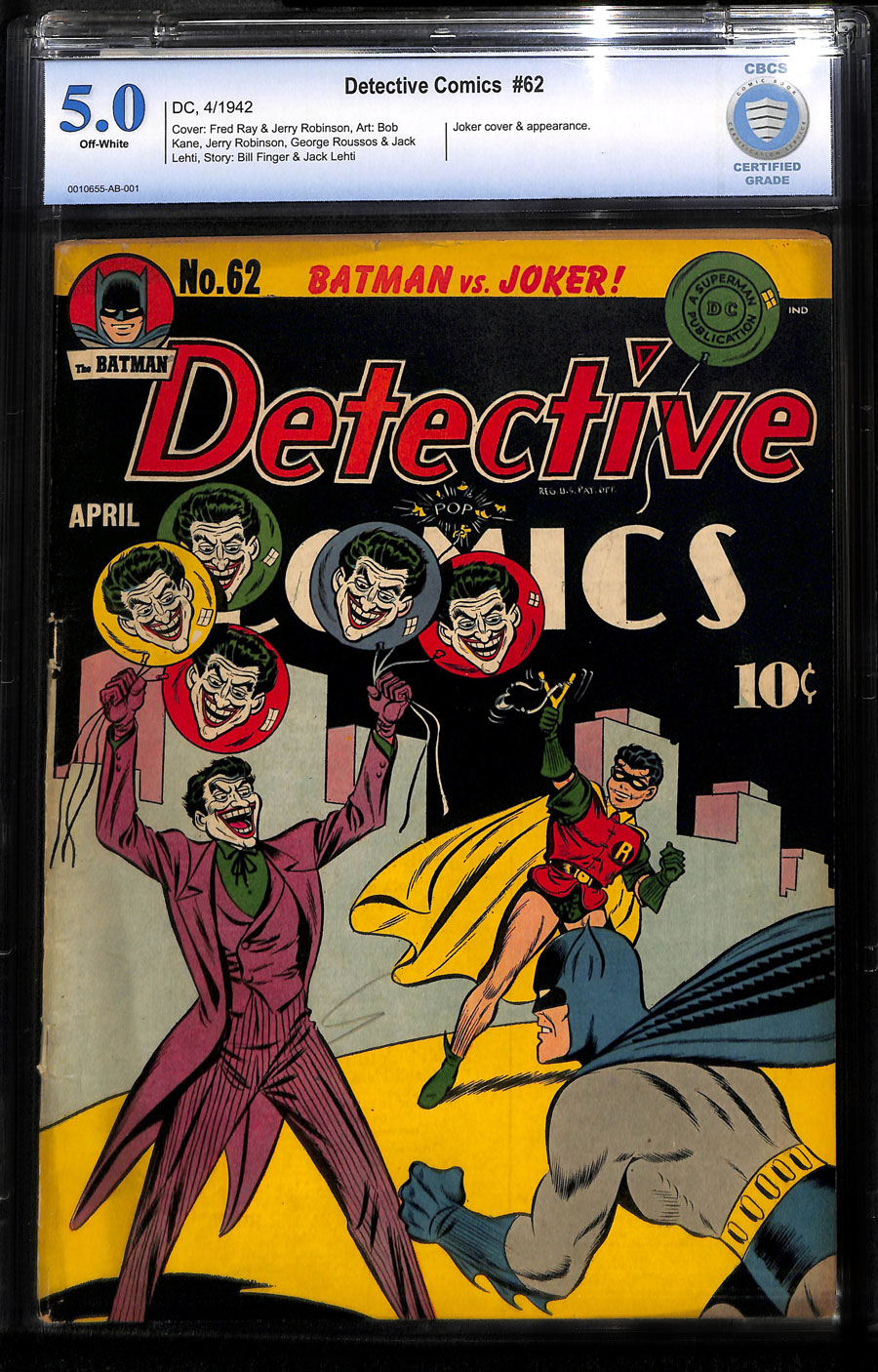 --
Accepting Offers
--
Offers
FYI there's no need to include decimal points(.).
Buy Confirmation
You are about to buy this item for , and will be legally obligated under the terms of our User Agreement to pay for it in a timely fashion. Continue?
PUBLISHER: DC
COMMENTS: off white pgs
2nd Joker cover; classic Joker story
Read Description ▼
Sell One Of These Inquire About This

Watch
off white pgs
2nd Joker cover; classic Joker storyThe face of the Joker has become one of the best-known images of the 20th Century, burned into the brains of comics fans and non-readers alike. Jerry Robinson's greatest contribution to pop culture, a macabre hybrid of The Man Who Laughed, villainous clown, and pulp baddie, arguably as popular as the Batman himself, is the single-most-requested cover rogue in comics collecting. His classic Golden Age appearances invariably command top prices in any condition, as rabid Clown Prince of Crime collectors vie over copies, rarely, if ever, putting their treasures back on the market, making them even more valuable and sought-after. This issue, boasting the classic image of multiple Joker visages across a barrage of balloons, is among the toughest to track down in acceptable condition, and is probably one of Robinson's best Joker frontispieces. While early Batman issues could look crude and blocky as Bob Kane's army of staff artists labored to approximate his boxy style, Robinson's Joker was in a class by itself, always complex and startling, and leap years ahead of any other renditions through to the Bronze Age.
Artists Information

Sherrill David Robinson known as Jerry Robinson, was an American comic book artist known for his work on DC Comics' Batman line of comics during the 1940s. He is best known as the co-creator of Robin and the Joker and for his work on behalf of creators' rights. He was inducted into the Comic Book Hall of Fame in 2004.