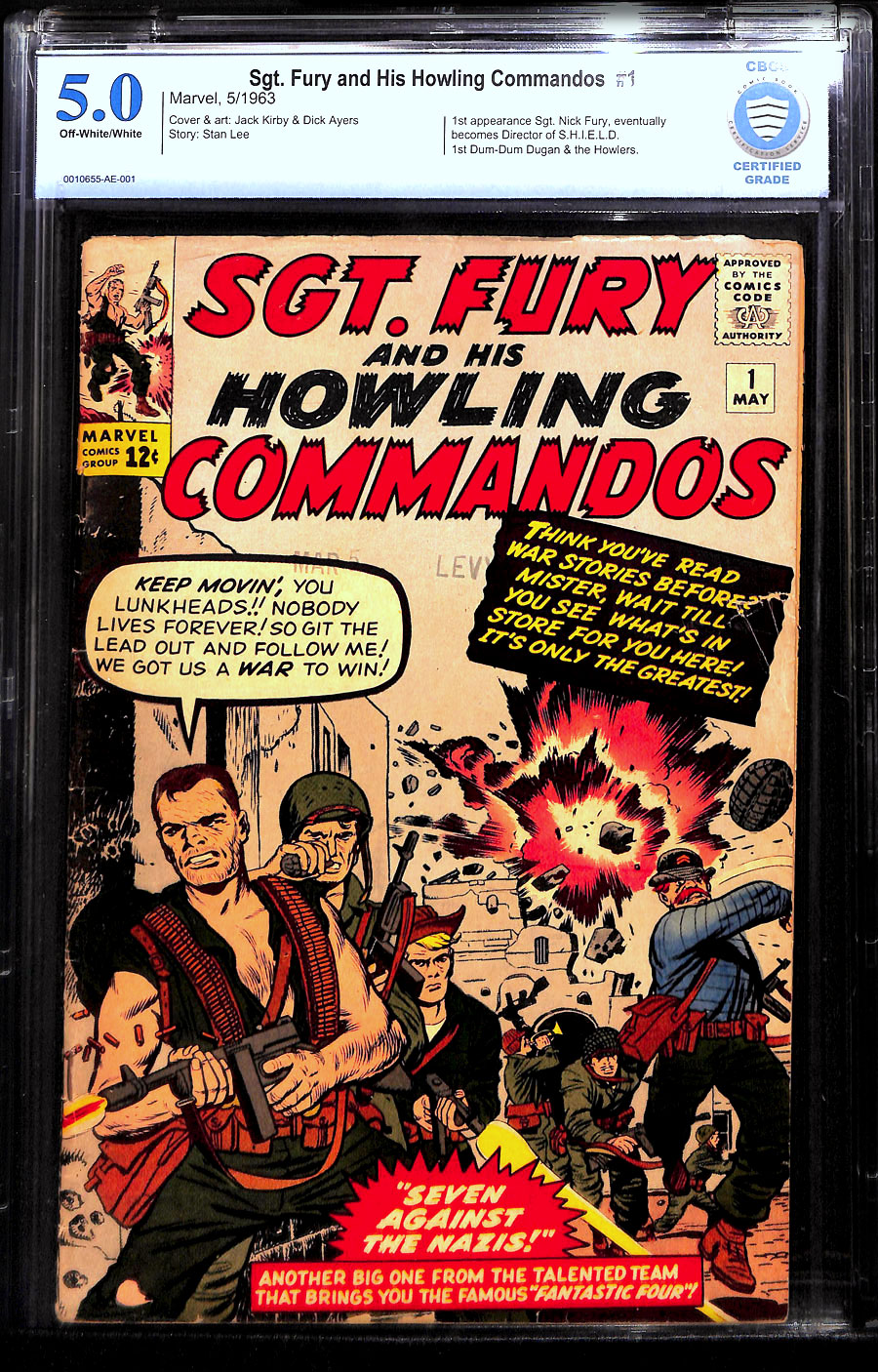 --
Accepting Offers
--
Offers
FYI there's no need to include decimal points(.).
Offer Confirmation
You are about to submit an offer of . If accepted, you are legally obligated to purchase the book. Are you sure you want to continue?
FYI there's no need to include decimal points(.).
Buy Confirmation
You are about to buy this item for , and will be legally obligated under the terms of our User Agreement to pay for it in a timely fashion. Continue?
PUBLISHER: Marvel
COMMENTS: ow/white pgs
1st app. of Sgt. Fury, Corporal "Dum Dum" Dugan, the Howlers and Captain "Happy Sam" Sawyer
Read Description ▼
Sell One Of These Inquire About This

Watch
ow/white pgs
1st app. of Sgt. Fury, Corporal "Dum Dum" Dugan, the Howlers and Captain "Happy Sam" SawyerColonel Nick Fury is best known as the tough, cigar-chomping leader of S.H.I.E.L.D. but he got his start way back in World War II as the Sergeant that led the elite special unit, the First Attack Squad, a.k.a. the Howling Commandos. The Commandos were racially and ethnically diverse which made the team a bit unique in the early civil rights era. Jack Kirby created the team and initially pitched the idea to John Severin as a syndicated newspaper strip in the late 1950s, but failed to get any traction with publishers. Espousing the same ideals of diversity that would later make the X-Men a global phenomenon, Kirby first brought his sense of justice to a more-relatable group of characters fighting for American values in the European theatre of WWII, and thus, begat the Howling Commandos.
Artists Information