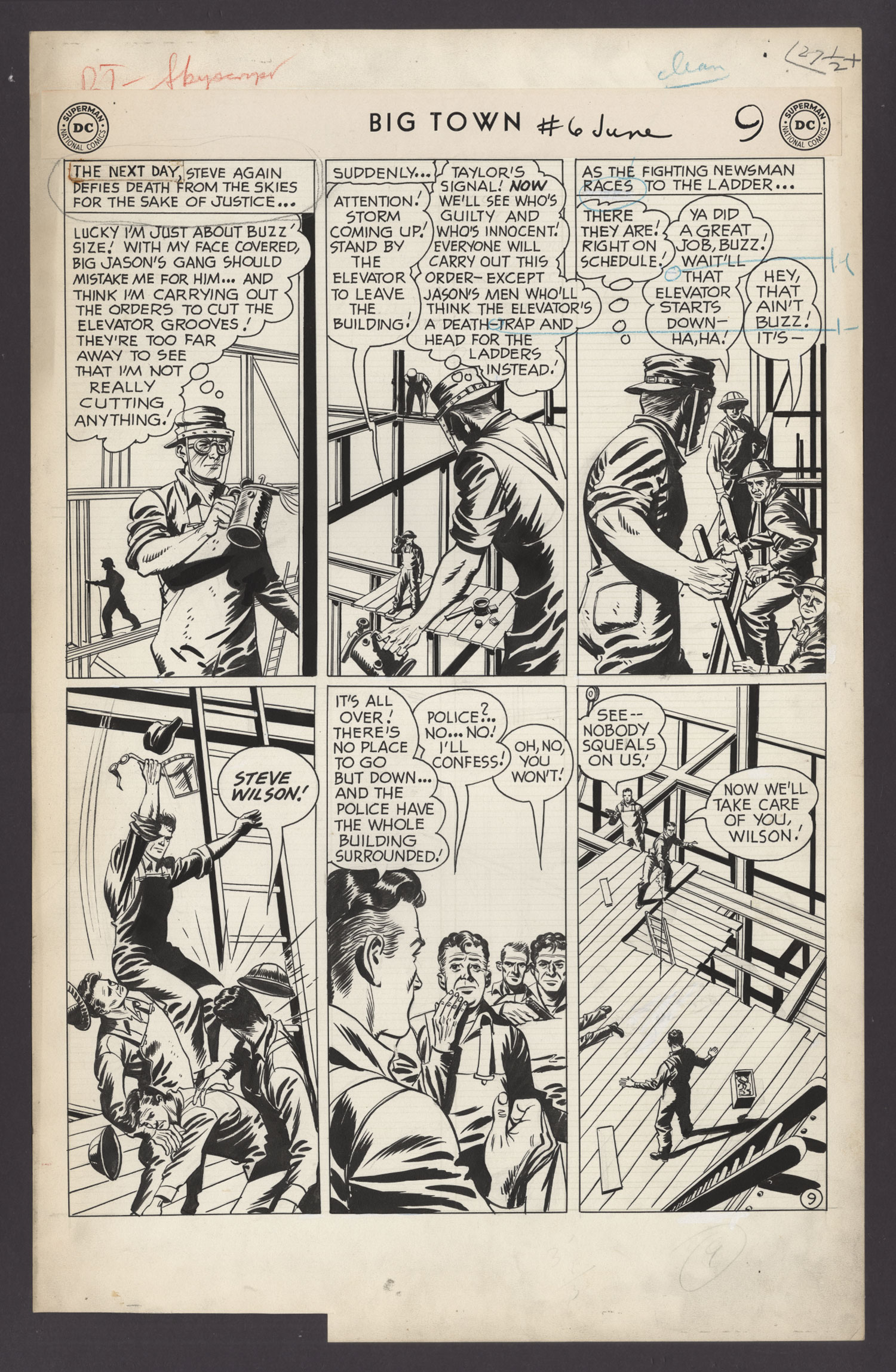 Highest Offer
1
Offers
FYI there's no need to include decimal points(.).
Offer Confirmation
You are about to submit an offer of . If accepted, you are legally obligated to purchase the book. Are you sure you want to continue?
FYI there's no need to include decimal points(.).
Buy Confirmation
You are about to buy this item for , and will be legally obligated under the terms of our User Agreement to pay for it in a timely fashion. Continue?
PUBLISHER: DC
COMMENTS: Pg. 9; twice up; Pencils by John Lehti & inks by Frank Giacoia. There are 17 drawings on the back of this page.
Death of a Skyscraper
Read Description ▼
Sell One Of These Inquire About This

Watch
Pg. 9; twice up; Pencils by John Lehti & inks by Frank Giacoia. There are 17 drawings on the back of this page.
Death of a Skyscraper
Artists Information

John Lehti's first published work appeared in pulp magazines in 1935. He also assisted on the 'Secret Agent X-9' comic. Lehti eventually joined the staff of National Periodicals where he worked on features like 'The Crimson Avenger', 'Sgt. O'Malley of the Redcoat Patrol', 'Steve Conrad, Adventurer' and 'Cotton Carver'. In the spring of 1946, Lehti sold his comic strip 'Tommy of the Big Top' to King Features, which ran until 1950 then he returned to DC to draw 'Big Town' and 'Tarzan'. In the early 1950s, Lehti switched to Western, where he illustrated stories with 'Lassie', 'Tom Corbet, Space Cadet' and 'Flash Gordon'. Lehti also worked on 'Sgt. Rock' and 'The Losers' in the mid 1970s. He retired in the 1980s.